From Uncyclopedia, the content-free encyclopedia
(Redirected from Welfare)
Jump to navigation Jump to search 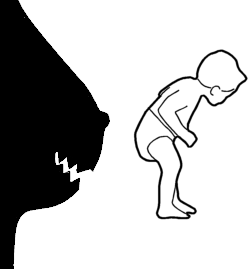 A proposal for a sign that warns of breastfeeders.

Breastfeeding is the activity of nourishing the female reproductive organs shortly after giving birth. It can only be performed for a limited period of time due to the physiological changes unique to human pregnancy and has thus far not been successfully synthesized.
It is a highly controversial act because often the newborn would be fed to the hungry bust, claimed to “being the only way to make it stop.” Since much is still to be learned about the breastfeeding phenomenon, news-agencies have dubbed it “the new euthanasia” because of the lack of clear stance political parties are willing to take on it. A movie set for release early 2007 is confident to bring guidance. 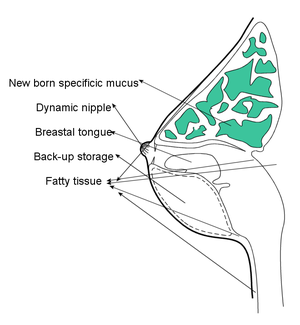 This is what scientists have discovered so far about the breasts.

The first documented case goes back to 1987, when a woman held a detailed daily journal during and for a short period after her pregnancy. Next to the usual morning sicknesses, mood swings and erratic radio-active convulsions, the Chernobyl resident explains how her chestal region started kicking the baby back once she was 7 months along the way.


Despite the presence of a group of scientists during labor (it was the first birth in Tchernobyl after "the incident"), it seems the matter of a cannibalistic bosom was side-tracked and forgotten until a much later date. 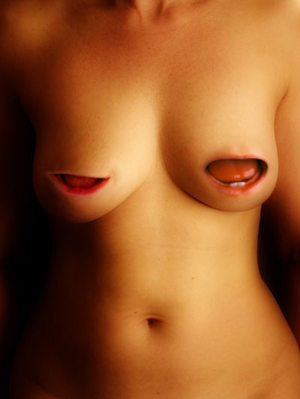 This was one version of the ad

From a recent survey performed on 1,500 14 to 20 year-olds by the University of Some Place Or Other, it seems that only 35% of the population are aware of the existence of breastfeeding. Out of those that were, 67% thought it was another internet joke and didn't buy it for a second. 81% of those subsequently maintained that it was a hoax, pointing out where the mistakes were in "the obvious Photoshop". However, after 25 seconds of trying to find Waldo, no less than 73% of this group flinched when a breastfeeder and an appropriate soundtrack popped on out of the blue. This left surveyors with such a smug feeling; they decided to raise breastfeeding awareness by utilizing a similar ad-format (fluffy bunnies in a meadow suddenly and horrifically devoured by a breast headed wolf).
The paper ad simply had images of the fluffy bunnies on one page with the request to shout a lengthy profanity and turn the page over after 45 seconds. 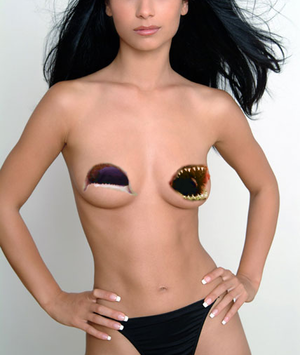 The devil's breasts themselves!

As one can speculate, the desired effect was not reached every time.