UnNews:Tips to avoid the coronavirus 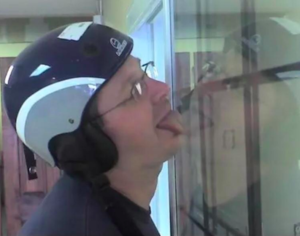 The coronavirus is spreading around the world like some kind of contagious disease, so here at UnNews we decided to put a list together of the do's and don't's to prevent our beloved readers from catching it.

1) Do not lick windows. Tragically, two Uncyclopedia readers have already fallen victim to the virus after licking windows on public transport. We know they look delicious, we know they are tempting as all heck, but we beseech all our readers to fight the urge to lick windows on buses, trains, planes and especially the subway in San Francisco.

2) Stop playing Catch the Sneeze. While this is widely acknowledged as the fastest-growing sport in the developed world, it is simply not safe to stand opposite a friend, wait for him to sneeze and try to catch his mucus in your mouth, given the current climate.

3) Start washing hands. There is not a person in the world who enjoys washing their hands, and it is a heartwarming sight to see person after person leaving the gentleman's restroom by taking the express route from the urinal to the door. However, experts claim that not washing your hands on a regular basis can actually be bad for your health.

4) Avoid all Asian heritage. The coronavirus obviously began in China, and though there is no confirmed research that Asians are more susceptible to the disease, the safest route to take is not to be Asian, not to mix with Asians, and to be actively nasty about and bully Asian people in your community.

5) Do not sniff stranger's cough for clues. If you see or hear a stranger coughing, the safest thing to do is to move away from him and point an accusing finger. Experts warn that very few of us are able to ascertain any usable information by sniffing the air particles surrounding a coughing/spluttering neighbor or co-worker.

6) Keep a distance. Maintain at least 3 feet (0.9144m) SIX FEET (or 1.8288m) distance between yourself and anyone who looks potentially viral. This is especially true during sexual intercourse with any potential carriers. Sexual advice centers advise that the right angle is a right angle. Sloppy oral sex is potentially dangerous but still highly recommended.

7) Avoid touching eyes, nose and mouth. Remember that your hands are the things you use for pointing, pressing, pulling and other things. Many of us then touch our other orifices, especially the ones on our face, giving bacteria a choice of possible entrances into our bodies. Simon Says can be played under certain conditions, but any "Simons" regularly insisting "point to your eyes/ears/nose" should be spanked in sterile conditions and ostracized.

8) Cover your mouth and nose when sneezing or coughing. If you are able to use a tissue, please do, and then immediately dispose of it by saying "ewww" and throwing it in the air. If you do not have a tissue, bend your arm and cover your mouth by bending your arm and kablooshing into whatever that nook in your body is called.

9) Do not lick nook afterward.

10) Wear a mask. Wearing a mask can prove hazardous while tanning, but has so far been shown to be 100% effective against the coronavirus. It also has the added advantage of you possibly being invited to do some surgery, and can provide a convenient disguise if you want to rob a pharmacy in the coming weeks.