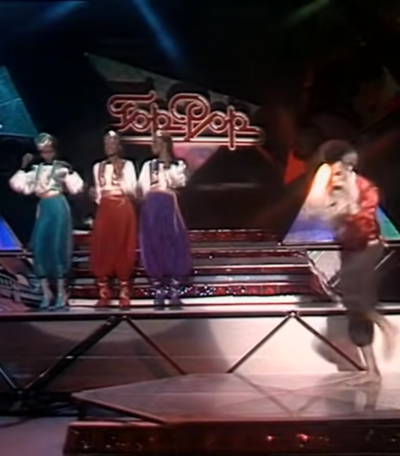 970s German-Caribbean Eurodisco band Boney M have announced that they are removing their cover of Neil Young's "Heart of Gold" from Spotify in protest of Joe Rogan's podcast, which has often featured misinformation about COVID-19 and vaccines.

"We gave Spotify an ultimatum -- him or us," says Liz Mitchell. "We're only removing 'Heart of Gold,' because it's one of our lesser-known recordings and because we need the money."

Mitchell admits, "Marcia and I didn't even know who the hell Joe Rogan was. We just got NewsRadio here in Germany. We honestly thought it was Phil Hartman."

"Um, yeah, sure, okay," said Jimbo Reagan. "Not the first song that comes to mind when I think of Boney M."

"They did that song?" asked Marie Goodman.

"Since we need the money from 'Rasputin,' 'Daddy Cool,' 'Ma Baker', and 'Gotta Go Home,' we're giving this one away free, if anyone cares."

The group's cover of Bobby Hebb's "Sunny" has been used in the Jerusalem/Tel Aviv tourism commercials, bringing in some much-needed cash.

"Usually, ad firms just use the Bobby Hebb version. Thanks for the money, Jerusalem/Tel Aviv," says Marcia Barrett. "Hey, Dairy Queen, call us so you can use 'Daddy Cool.'"

Maisie Williams chimed in, "What the hell am I doing here? I wasn't in Boney M."

Weird Al removes 'Trapped in the Drive-Thru' from streaming services

Neil Young has been kidnapped by the Catholic Church