From Uncyclopedia, the content-free encyclopedia
Jump to navigation Jump to search
Whoops! Maybe you were looking for Armenian Genocide?

For those without comedic tastes, the so-called experts at Wikipedia have an article about Genocide. 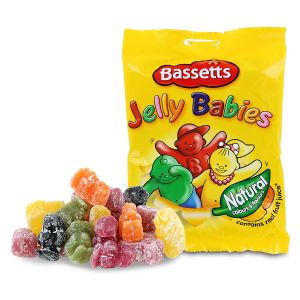 Not committing a genocide once every month could turn you into a jelly baby from malnutrition and then Tom Baker will eat you.

Genocide is fun and enjoyable for the whole family! Also known as family games night, racial oppression and/or religious "persecution" and/or demographic control amongst others name, this practice had been used for centuries by human beings under various excuses including to break the boredom of empty lives of empty and/or paranoiac/envious/lazy heads.

The game of genocide includes concentration camps, obsidian farming, outlawing certain religions or languages, prohibitions of interracial marriage or mixed-race descendants, forced sterilization or give their children to adoption families, and most of all any kind of pseudoscience to make it appear it's the victims' fault for no reason other than "who they are".

The greatest genocide group of players is identified as humans (also known as wankers). And crab people. An honourable mention goes to Azrael the cat for her attempts to conduct genocide on the Smurfs with Gargamel, yet this has been said by critics to be primarily due to human influence. Critics on the opposite side of the argument have linked the existence of cats to the existence of genocide.

It has been played by several different peoples since the dawn of Man, most often in Africa and Asia, where the International League of Genocide is primarily located. Genocide is likely to keep its place as the favourite activity in the hearts of all humans.

Rumor has it that Orson Scott Card came into possession of three Scrolls of Genocide when he uncovered the skeleton of Moloch in archaeological dig. ("Ender's Game" is supposedly a technique he used to uncover those WMD's.)

However, it is now commonly accepted that the actual roots of the traditional "Scorched Earth" style of play were invented by Keith Chegwin after the famous Swindon Incident of 1873. In this game-play variant, the object is not only to destroy the people and their culture, but also their history and their achievements.

The Americans are not only the most "opposed" to genocide, but they are experts in this field: Ask any Native American, Chicano (Mexicans), Nisei (that's Japanese people) and Black person. White Americans can snap at any moment.

The rules of Genocide have varied over the past years. You now need 50,000 or more players on your team, and can only score points after the first million 'unfavourables' or 'scum' have been killed. The point scoring system works of two levels. There are points for killing a certain amount of people, and double points for killing a certain amount of ethnic races. The most favoured of these appear to be Jews. This is why during the Nuremburg Trials (trials for a new version of Genocide) it was decided that Jews were only worth half a point after their over use. The focus then changed to the Red team or 'Commies', but this has since moved on to other teams, which is why the latest game of Genocide is starting in the middle east. Basically it's like Risk but cooler.

Janjaweed is a form of cannabis enjoyed by the thriving and happy-go-lucky population of Sudan. Deriving from the terms 'ganja weed', the substance is grown by both the Arabs and black people of Sudan, and when using it they forget about their strife and give each other a big hug. Unfortunately, there exist a group called the 'Janjaweed Militia', a lot like the 'High Times Army'. They are still on the run, having killed possibly up to 400,000 people and 1 penguin. Africa has a rich history of ethnic conflict & genocide-by-machete, tell that to Uganda, Rwanda, Somalia, the two Congos, and even white South Africa but they prefer to keep blacks and whites (plus Coloureds-mixed race, and Asian Indians) separate from each other, they called it "Apartheid" and the game was a FAIL. The whities need to take a chill pill, kick back and smoke some weed, man. Nelson Mandela smokes weed, so does Mahatma Gandhi and Barack Obama, but the evil wicked tobacco leafs (USA are white devils).

The process of "ethnic cleansing" practiced by each one of the 4 competitors: Serbs, Croats, Bosnians and Albanians to eliminate one or the other rival group. This was most successful in the Siege of Sarajevo from 1992 to 1995, when about a million were killed or placed into concentration camps. Serbs turned out to be the victors, while Croats were simply punished for their genocide under the Ustashe League of 1941-45 and Bosnians wanted the land to themselves. Meanwhile, the Kosovar Albanians are violently fighting back against the Serb LOSERS in the newly formed nation of Kosovo. They seem to can't get over losing Montenegro (oh yea, they aren't black people, just letting you know). The Serbs don't want the Bulgarians to join, because they are already dealing with their Greek brothers over the Macedonia name. Careful, you better watch out with those Nazi-Serbs. Better yet, call out the Ustashe with those wild Croat-Nazis...but they are too busy planning an attack on Slovenia. But the Serbs may focus on Montenegro (nope, they aren't Albanian) and Macedonia (yes, they are all "Serbs").

An upcoming game to be scheduled in 2010 (already here), so it's time to prepare for the race war. California here we come, now it's time to sent someone back where they came from. The teams who don't compose any racial majority in the "Golden state": white people, niggers, Mexicans (aka Hispanics or Latinos), Asians (all kinds of chinks), Muslims (they are always involved in some "holy" war) and well, the Armenians don't want to be sent to the desert starving to death. The Jews are owners of this new league, so they can stay safe from the skinheds, black Moslems or Chicano separatists share the same kind of hatred: anti-semitism. At this current time, the odds of whites losing all their money, power and prestige is 9 to 1 and the "brown" team may be the majority, except the "yellow" are advancing too quickly, and the "blacks" are really pissed off, the South Central sections of L.A. will turn into a battle zone soon. The police force will be sent to be State Security (as in Nazi SS) whom want to protect the interests of the Nordic white race and to serve warrants on anyone not-white/not Aryan. Die Fuhrer Arnold Schwarzenegger of the Liberal Fascist Party wants to institute national socialism to beat back the racial communists and cultural Marxists, whom have a plan to enslave, segregate and exterminate all the white people.

After the controversial European and Chinese/Japanese genocide matches of the 1930s and 40s, the United Nations was set up to promulgate an official code of rules and regulations governing genocide. Frequently, the UN will send its referees (known as "peacekeepers," and recognizable by their blue helmets) to genocide matches to observe. These peacekeepers are usually under strict orders not to interfere with an on-going genocide match. In recent times, the European genocide league's officials (known as NATO) and the African league's officials (known as the AU) have also begun refereeing. Ref killing is a popular way for genocide teams to score bonus points. And get bombed with weapons far more advanced than their puny blades and sticks.

To start off, there are two or more teams. These two teams usually have a history of rivalry, and the longer the history, the more interesting the match. One of these teams is usually governmentally sponsored, while the other is privately funded. The match usually begins with a sneak attack (occasionally in bed, after reading smut) and then they keep playing until one of them can't breath, walk or vote any more. Sometimes a game of Genocide can't be finished. If this is the case, all the players use the Pearl Harbor tactics to blow up their opponents, a.k.a. suicide bombings. If they STILL can't be finished, well, then out come the nukes. Then everyone's dead, so the game is officially a draw.