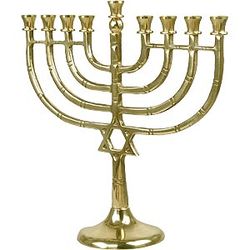 The H/C machine, seen here looking Jewish.
“I couldn't imagine somebody like Osama bin Laden understanding the joy of Hanukkah.”

~ George W Bush on the joy of Hanukkah

Many different spellings exist of this festival including Hannukah, Chanukah, Hanukah, Channukah, Hahaha, Chaka Khan, and Gengis Khanukah all are right and all are wrong as Jews who celebrate the span known as "Holiday" rarely agree on anything.

The Story of Festival H/C[edit] 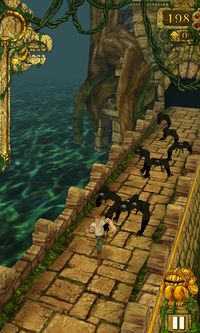 The Greeks chase the Jews out of the temple

In the year 273.5 BC, the Greeks, renowned for their military expertise and fine cuisine invaded the land of Israel/Canaan/Palestine/America 2. Here they began to play their favorite game, rape and pillage. Having raped the land and pillaged the people they oppressed the people by forcing constant sodomisation on them. A group of Jews rather sore with the experience decided to fight back and taking advantage of the dysentery outbreak that plagued the Greeks they formed their own army known as the McAbies. The McAbies called on their fellow tribe the McDonalds who nuked the Greeks and then consoled them with their £1.99 breakfast. The McAbies went back to their temple where they had to light the Menorah, a strange object with 7 types of tree branch: oak, pine, beech, birch, sequoia, chestnut and Christmas. However they only had enough money for one day of oil owing to rising prices and falling stocks, and so they went down to the petrol station and bought enough oil for only one day. However it lasted for eight days and there was much rejoicing and slaughtering of virgin pigs. 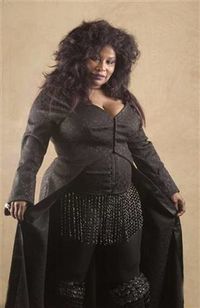 Once known as the Golden Heffa celebrated by the Hebrews during the period of Exodus.

The Heffa of Chanukah(Hanukkah)Chaka Khan was the influence behind the revival of this holiday called "Chakakhanukah." The original name of this holiday was Golden Calf, but this practice of embracing a golden heffa pissed Moses off and had her destroyed. The name of the calf was changed to Chaka and the celebration was celebrated discreetly during Chanukah. The secret practice change the name to Chakakhanukah so the celebration was mixed in. But many years went by and the holiday mysteriously disappear.

In the Mid 1990's a Jewish boy in Brooklyn was listening to a Chaka Khan CD given to him by his rich grandfather for his Brat Mitza gift. After listening, he was influence to reread the book of Exodus only to be amazed that Chaka Khan was the reincarnated golden calf once celebrated during the days of Moses. To his amazement he found out the name of the fat heffa was Chaka and the people celebrated a holiday after her name called Chakakhanukah. He also felt the CD was the sign from the Holy Spirit of Sammy Davis Jr to meet with the Chaka Khan and bring back the golden heffa of Chanukah and return the name to "Chakakhanukah."

A year later the Jewish boy in Brooklyn was able to unite Chaka Khan and the Jewish Community and bring back the Golden Calf that they once served during the time of Moses. Renaming the holiday to Chakakhanukah in 1995, the Jews embrace Chaka Khan as the Golden Heffa Moses once denounced. Years have went by but the Jews were not happy with the name for it left saliva on the face of others when pronouncing the new holiday. in 2000, the Jewish Community of Brooklyn decided to rename the holiday as Chanukah but still use Chakakhanukahas the sub name to this day.

Today, Chakakhanukah(Chanukah) is celebrated every year playing Chaka Khan musics for eight straight days with gifts for the kids while the adults enjoy drinking Manishevitz and eating Motzah bread. 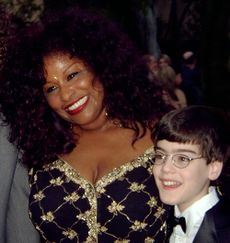 Chaka Khan and the Jewish Brooklyn boy in 1995. Chaka was dressed in her royal blue golden heffa suit.

Contrary to popular opinion, the story of Festival H/C is one of energy conversation. Jews are told to conserve energy and not spoil natural resources, like the people in the story who made one day of oil last for eight. The festival should really be called the festival of green.