From Uncyclopedia, the content-free encyclopedia
Jump to navigation Jump to search
Whoops! Maybe you were looking for Lime Green?
“It's easy to BE green, but it's not easy to watch”

~ Ms. Piggy on her marriage

~ Tiger Woods on a green

“Oh, Edmund, can it be true? that I hold here, in my mortal hand, a nugget of purest green?”

~ Percy on being a master alchemist

“Green is not a creative color!” 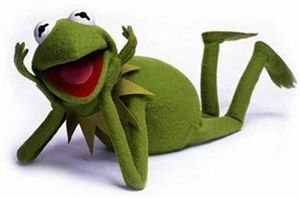 Kermit the Frog. He's here 'cos he's green. And he knows it.

For those without comedic tastes, the self-proclaimed experts at Wikipedia have an article about Green.

This is a completely different thing to a Green. In school it was a loner, forced to sit at the mixed-color table at lunch while the subtractive primary colors laughed it up on their side of the cafeteria, and many people just scoffed at the Green Party movement that attempted to bring about some economic and social gains for Green.

This is a perfect example of the colour green. For those who are smoking marijuana, this image would be seen as a dark shade of purple

In the early 1970s, Green accidentally invented Internet Humor while reading some pornography. This is widely regarded as a bad move.

The 1980s were perhaps the ultimate low point for Green , as Yellow, Red and Blue became the only colors used for clothing, art and anything else. In recent years Green 's status has improved a bit, largely due to die-hard Green advocates such as Ralph Nader, Link, and Kermit the Frog, but even now it ain't easy being Green and it probably won't be for a long time yet.

There is some hope, however, as Red and Blue are fighting a war, and will both be weakened as a result.

Green's archnemesis is Blue. Green's most complementary ally is Purple.

St. Patrick's Day is probably Green's most useful contribution to the world as we know it.

One of the most famous uses of the colour green is the use of Green Lightbulbs commonly used to fight nuclear wars.

Most definitely not green[edit | edit source] 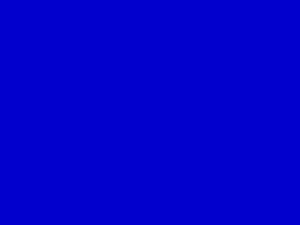 What the fuck is this shit doing here???

Places Where Green Can Be Found[edit | edit source]

Green in Japanese is: 緑

Green in Chinese is: 綠色

Green in spanish is: verde

Green in Russian is: зеленый

Green in French is: vert

Green in English is: green

Green in Irish is: awesome

Green in German is: grøn

Green in Nuosu is: ꄤ

Green in Crackpot is: Orange