Whoops! Maybe you were looking for Iris, or Lava?

Lavender is a colour, but it is also a plant. Not to be confused with lilacs or lava. 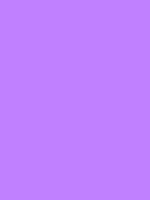 This is the colour of Lavender, according to someone random, I guess. But we all know its true colour.

For those without comedic tastes, the so-called experts at Wikipedia have an article about Lavender.

Lavender is lavender, but is lavender truly lavender? And is it truly pale purple? If purple is, well, purple, then Lavender should be around #cc00cc. But who calls that lavender? Lavender may stand out in this colour, but that's not the true web colour. Lavender's web colour is so pale that it almost should belong in the White category! Thank god Lavender is not as close to White as Ivory, or Azure's web colour form.

Lavender started as a tool that the "pyramid builders" used for mummifying the dead. Lavender was also transformed into oil, which was used by the Saudi Albertans to dye their hair. That changed when those oil stealers attacked. This was devastating to the Saudi Albertans, and they are currently at war to this day. This is known as "the Lavender war".

During the Civil War, Lavender made a comeback. As the oil stealers were distracted, our friends, the Saudi Albertans, were investing in oil again. Lavender was a great source of oil. So, the price of Lavender skyrocketed. Investors of Lavender were bringing in the big bucks.

But wait, what about the Egyptians? As the "Ancient" Egyptians started losing their Ancient status, lavender was used less and less there. Lavender was starting to have no use for them. They didn't even know its oil capabilities! Today, Lavender in Egypt is nothing but a historic colour with no use in Egypt. That is if you don't know the oil recipe.

Today, countries like the aforementioned Saudi Alberta embrace Lavender. Slovenia is a country that embraces Lavender just to get popular. This is an evil tactic, and people who do this are complete psychopaths. Yes, Slovenia, despite looking adorable, is hiding something. See, I knew you couldn't trust the femboys!