Worst 100 Colors of All Time

I didn't know there was 100 colors... So we'll use a lot of interesting adjectives to make it longer. Below is 100 colors that deserve to die.

By the way: IT'S COLOURS. NOT COLORS. WE ARE BRITISH. YOU COME TO MY PAGE, YOU GET MY PAGE NAME RIGHT.

I apologize English fellows. Carry on.

100. Magenta
The wannabe of red and purple. Who paints a room and goes, "I want my room fucking magenta!"? Nobody It also sounds like mangina.

99. Infrared
A mixture of red and infant, which shows how hot people are. So judging, isn't it?

98. Sky Blue
Sky Blue is blue. It should be on the Worst 100 Colors That Shouldn't Exist.

97. Alice in Wonderland Blue
If you look it up, it looks white. Because it is white. This, the cake, and Tupac's death are all lies.

94. Indigo
This is for people who think purple is too mainstream. Indigo's only use is in the rainbow. Really? I mean, what was so wrong about Roy G. Bpv?

93. Charcoal
'Murica needs to lay off the barbecue anyway...

92. Outer Space
A darker shade of grey, which doesn't make sense because space is black.

91. Cardinal
Even worse than the team, the color reeks of desperation and depression. Like a sad and hopeless shade of blood.

90. Zomp
Xbox Live usernames are not allowed to be colors.

89. Kobe
If you're that desperate to make a color that you resort to using names, then you shouldn't be a person. 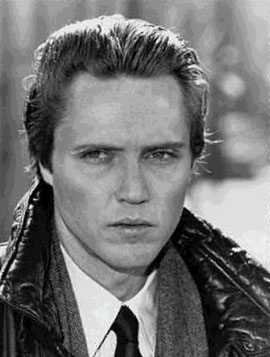 No seriously. Take Taupe off the list of colors. It's stupid.

84. Tomato
Tomato? Does it look like tomato you asshole!

83. Fandango
Pretty sure it's a Queen lyric, but scaramouch, scaramouch. We will not do the fandango.

81. Battleship Grey
Oh no! You sunk my confidence in the modern intellectual!

80. Rust
Now, who in the right mind thinks THIS is a beautiful color. Rust is like naming a color poop, except poop might actually be acceptable!

79. Emerald
Emerald looks like mint flavored ice cream. No one likes it, and if you do, no one likes YOU.

78. Halayà úbe
Elton John, please get your album names out of my list. Thank you.

76. UA Blue
Main color of Arizona University. But who who cares about college, anyway? Dick Cheney?

75. Tickle Me Pink
Elmo, welcome to the list. Uninvited, but you can stay.

74. Zaffre
Zomp's brother. If you're related to Zomp in anyway, listen to Christopher Walken, and get out.

72. Pistachio
Only used for Mustachio jokes. About as funny as Hu's on First. 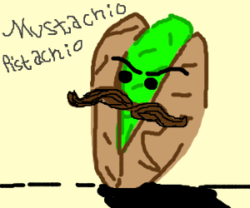 71. Brown-nose
In case you can't figure out why this color is bullshit, please read its name again...

69. Super Pink
Found the gayest color for number 69 for the people who actually think the joke is funny.

67. Lawn Green
This color doesn't look at all like actual grass- it is called lawn green, maybe it's because everyone has Asstroturd now.

66. Dark Orange
Not dark at all, just extremely bright. 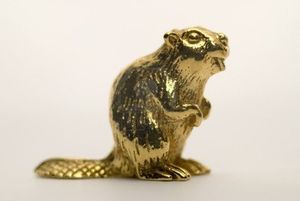 What's worse than the color beaver and gold? A golden beaver.

64. Beige
An excuse for a color. Used by housewives and door-to-door vacuum cleaner salesmen because it's "nice and neutral".

62. Macaroni and Cheese
Mine always turns out significantly darker than this.

59. Snow
The cheap version of white.

58. Go Green
Green for hippiecrits, who just like buying "Go Green" paraphernalia and pretending to care.

56. Beau Blue
If a baby is wearing this color instead of baby blue, they will grow up to be uptight, rich, eat only caviar, and never poop.

53. New York Pink
How pink looks in New York, because of all the smog.

52. Nyanza
Oh fuck no, get out of our colors Nyan Cat!

50. Tan
Maybe New Jersey hacked the list of colors, but this is unacceptable. We now welcome this fugly color to number 50.
49. Cyan
A fickle color at best. Even wikipedia mentions its lack of definition.

“...may be used as the name of any color in the range between blue and green.”

45. Cosmic Latte
The official color of the Universe is an ugly shade of beige copyrighted by Starbucks. Lovely.

44. Desert Sand
I don't like sand. It's coarse and rough and irritating... and it gets everywhere.

43. Heliotrope Purple
Get out of my damn colors, Copernicus.

42. Love Red
That's an order, not a color you lovesick fool.

38. Chartreuse
The mere sight of the color makes one shart their pants.

37. Puke Green
This one speaks for itself.