The IV drip was considered by many to be one of the modern medical marvels of the early 20th Century. It has saved countless lives, kept countless mothers out of pain, and given every druggie the means to continuously be high. There are, therefore, millions of things to put into an IV. But, if you're not careful, you could end up dead, incapacitated, or, worst of all, like Geraldo Rivera. So we here at the Biotechnological Industries of America, Great Britain, France, European Countries and Other Places (BIAGBFECOP) put together this list for your own personal use. It tells you what not to use for IV medicine (what you should use is BIAGBFECOP approved drugs), and why. In no particular order, we begin: 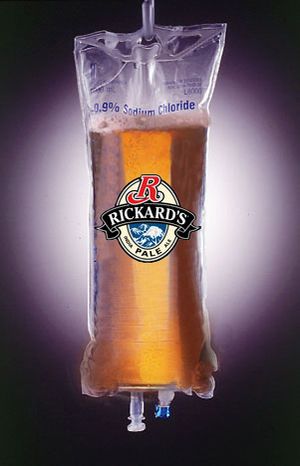 Actually, this is something you should put in your IV.