God. In the middle of reading a page. immortal. You start to feel that it sucks. king. At worst you'll have to read. Empire. The entire article through before you are. Galaxy. Sure of it's suckiness, wasting. YOU. Valuable internet. Your Mum. minutes. Chuck Norris. Jimbo Wales.

This is all unnecessary work. There are lots of easy signs and tricks that will tell you nearly at once that a page sucks.

100.The gigantic keywords:
If an article contains at least 2 of the following words in the first paragraph, the rest of it will suck.
99.Unrelated testicles

Every article that contains a reference to or joke about testicles without this being motivated by the subjects title - suck!

An article that featueres an unknown Norwegian guy will with all probability suck. If the name in the title contain the letter ø it will suck big-time.

Articles (mostly stubs) whose main plot is an invasion from Mars suck. The same goes for every other invasion from the solar system or outer space. This should be reserved for classic literary titles where this action is originally intended.

If the obligatory Wilde quote sounds like something coming from a New Jersey gangsta' rap sucker and not from a spirited 19th century Irish upperclass writer/poofter, it is highly probable that the rest of the article will go down through the same drain. An exception is Snoop Dogg, or any other article whose subject is a gangsta' rap sucker, because a page that is intentionally bad doesn't suck, it stinks.

94.Historical figures in a band

No, "Oswald and the Assassins" isn't a funny band name, and the rest of the article is probably a sack of pigshit.

If the article contains the phrase "The Worst 100…" in its title, there will be numerous references to stupid, unfunny things that no one cares about.

If we wanted to read something that wasn't meant to be the truth, we'd go there.

90.An easy formula to remember

If an article claims America was independent in 1000 Bc, King Kong was president, or the lightbulb was invented in the middle ages as true facts, then it sucks.

Photoshop sucks. Anyone who wants to edit a picture and doesn't use MS Paint sucks too. What can be expected of their articles?

87.Is somehow or somewhat related to anime or something that can be mistaken for anime or claims to be anime

Apparently, losers who have nothing better to do come here and think they're hilarious because they're writing twenty pages of random clutter which is actually a veiled attempt at promoting their lame hobby. Those who spend their time making similarly random clutter about how anime sucks also are losers, but to a lesser degreee.

86.Was written by a moron

This pretty much speaks for itself.

I mean, who hangs out at an Encyclopedia?

83.Is it something you would let your mother see?

The answer should be "no".

82.Let's take a lesson from the last season of South Park

Simply exaggeration isn't funny. Additionally, the opposite (giving attributes that are contrary to someone's nature) is just as unfunny. Example: An article on George Bush that refers to him as a Nobel Prize-winning Physicist who can cradle terminally diseased Third World children back to health. Or an article on Michael Moore that portrays him as an oppressive, right-wing dictator.

81.Many people think this keyword means what it actually means…

80.Any mention of Mr. T, Jesus or squirrels

Should any of these characters appear on any page, they are probably just grues in disguise. If not, the page sure sucks.

79.Any mention of grues

Reference to grues are just a suck up cop out used by the submitter when he runs out of imagination. There are no such thing like grues.
I think.
At least I hope.
At least you cannot be eaten by them. (What's that in the corner over there?)

… this isn't such a brilliant way to start an entry. It is in fact a sucky way to do it.

77.An article that is just one big link to a completely unrelated article
76.It is not written by Savethemooses

(Since the above sentence is written by Savethemooses, fortunately enough, this page doesn't suck)

72.Lots of cool or famous people thrown in for no reason

Writing an article about a solar-powered monkey is bad enough, don't throw Jesus, Gambit or Chuck Norris in for no reason.

71.Rcmurphy has made it a featured article

Rest of article likely to consist of Nintendorulez bitching loudly

70.Calling things homosexual, use of the word "fag", random references to homosexuality in a derogatory sense.

It's juvenile, homophobic, and more importantly, it's just not very funny. It's actually pretty gay.

69.References to fecal material or genitalia

68.Pages that shattered other pages' continuity

As hard as it is to believe Uncyclopedia has something that looks vaguely similar to continuity, well it does if you squint really hard, and people have worked hard to keep that continuity. So try you’re best to retain that continuity, the poor little fella’s already been through Hell on this site as it is.

Especially when the article says he's better, bigger, stronger, or tougher than the actual subject of the article. If people wanted to read about Chuck, they'd go to his page.

Sucky articles often contradict themselves even in the same few lines. Most of the time that works quite well.

Length does not make humor or intelligence. 95% of the time that a page is so long you nearly lose interest, it's just a huge, childish rant.
Like that one article, on that band. It's just stupid. The band is really, really bad, but they say it's good. They're wrong and they suck. I can't believe they're dumb enough to think that. How could anyone be that stupid. I guess the President could be. Because the President is dumb. Because he…

If you think something's funny, it definitely isn't. So go make an Oscar Wilde quote-filled Chuck Norris roundhouse kicked vanity page… and don't forget to template the hell out of it.

63.If it has over 10 suckish templates
62.Refers to the "cabal", then denies the existence of said cabal

There's no such thing as the cabal. Thus, any page that references it is written by a loon.

Hi there. My name's Bob. I like cars. Cows go moo. George Bush sucks. Aaaaaaaaaaahhh! (You get the picture.)

60.Any usage of Russian Reversal.

In Soviet Russia, bad Uncyclopedia articles edit YOU! Wait, I did that wrong.

Because it's not 1987 anymore. Even Yakov Smirnoff has moved on. You should too.

This means that the page was a little weak, so templates were added to fill it out. It would have been better to put the time in to improve the page instead. Lazy pricks…

If you don't care enough about your own life to get one, why would anyone else care about it?

If it is something that's only good enough to fill one measly line, it's not good enough for a list, much less Uncyclopedia. Save it for Wikipedia, they dig that shit.

55.Lists with too many things

One hundred things is at least sixty too many. Try making a bunch of "List of 20 Things" pages instead. Or better yet lift your feet, put your hands on the front edge of the desk and push.

51.Lists that aren't in order

A page filled with words that would make your grandmother blush. Uncyclopedia is practically overrun with God damned fucking articles that some cunt littered with swears.

50.Redundancies and unnecessary repetitions of something already mentioned

Again, lists like this list. Only this time it's bad because the millions and millions of Uncyclopedia users couldn't even fill out a list of, in this case, one hundred measly things.

This page is a piece of crap. The author(s) acknowledge this. 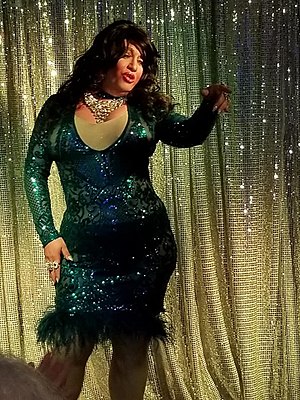 Be glad that this pic is 'chopped. In the original, she's naked.
46.Any page with a misleading link that takes you to an un-related topic.
45.The admins think it is cute…

…while the rest just smell vanity.

44.It has pictures like this -->
43.I wrote it.
42.Over-use of certain words and profanity Yeah, if you see a profanity/bad language word over 3 letters long 6 times in the first 2 paragraph, that page sucks.
41._