Worst 100 Ways to Win an Argument

Worst 100 Ways to Win an Argument

~ The Bible on winning an argument

The basic rule for winning an argument can be boiled down to this: you're more likely to win an argument if you have a strong command of the facts, a good understanding of logic, the ability to express your point of view clearly and concisely and talking about it like men, with guns.

This might get anoying after a few minutes.
90.Leave to sharpen your knives and clean your guns.
89.Threaten to kill their family, family pet thingy or them.
88.Sell them to Jigsaw.
87.Put your fingers in your ears and start singing the "LALALALALA I CAN'T HEAR YOU LALALALALALA."
86.Start making gay advances.
85.Say "Yeah well your mom…" and improvise from that point.
84."Takes one to know one!"
83½.Cheesecake
83.Scream "fascist baby-eating killer" at them so loud your spit soaks their face.
82.Just yell "bullshit" every time they state a fact.
81.Defecate on them.

"And the LORD said unto Moses, 'The highest praise unto me is when a husband does know together his wife and another woman at the same time, and woe is to the wife who refuses this.'" -Deuteronomy (37:3-4) (If you don't get this, see To Know)}}

79.Use the good old fashioned northern tactic of saying “bollocks” after everything they say.

If this continues for more than two minutes inform them that you have a brick.}}

"The problem's plain to see: too much technology Machines to save our lives. Machines dehumanized. So you see, taking out Terri Shiavo's feeding tube was the right thing to do."}}

70.Blame it on FEMA, " The reason Evolution doesn't exist is FEMA didn't handle Hurricane Katrina well."
69.Say their spouse/girlfriend is pregnant.
68.Say something along the lines of "Well, isn't that Ironic?" or "That's totally irrelevant." completely out of context.
67.The Keith Olbermann Method
Say: "I'm pretty sure Hitler said something just like that…" or "That sounds an awful lot like something Hitler might say…"
66.The Lindsay Lohan Method
Say: "I'm going to drown you in my own vomit if you don't shut the hell up…"
65.Throw a tantrum—Hey, it works for toddlers and women.
64.Perform un-anesthetized open heart surgery. LOL they have to watch it!
63.Fake a massive heart attack : Go for their sympathy.
62.Challenge them to a duel at sunrise, that's how Alexander Hamilton died. However, most people won't consider the argument worth gambling their life on, and besides it's such a pain getting up that early.
61.The Monty Python Method : "No it isn't." "Yes it is." "No it isn't."

60."That's what She said."
59.5."Let's make out."
59.Double Barrel Middle Finger Scream "Boo-YAH!".
58.Call in a DJ, Try to change the argument into a freestyle battle rap.
57.Quivering lower lip.
56.Claim that life is an illusion, reality is subjective and we're just an interpretation of ourselves then counter every argument with "Sure, that how YOU perceive it."
55.Hit opponent on the head with a hammer in an attempt to cause amnesia.
54.Attempt the old duck season!/rabbit season! trick.
53.Pull out your cellphone and tell your opponent it's a bullshit detector. Make beeping sounds with your mouth as you wave it near him/her.
52.Do a Barrel Roll! (Works best if in a boat.)
51.The Joe McCarthy gambit: Tell them you have an incontrovertible counter-argument on a piece of paper in the sealed envelope in your hand. Do not show the contents of the envelope.

50.Say "So BASICALLY you agree with me." in reply to anything they say, no matter what.
49.If you start to lose bring up the genocide in Darfur. Example "You may have a point, but doesn't it just seem petty when you consider all that genocide in Darfur."
48.Bring up your opponents propensity of prevarication, followed by the flammability of his or her trousers.
47.Use koans. Claim that by not arguing you have already won.
46.Completely change the subject.
45.Activate a loud gameshow buzzer every time your opponent makes a point. Use The Price is Right's waat-waaaaaah noise if necessary.
44.Reveal that you're Ghandi,Mother Teresa or Martin Luther King so that your opponent feels like a dickweed for starting an argument with Ghandi, Mother Theresa or Martin Luther King.
43.Ask "Why?" every time he/she ends a sentence.
42.Call Douglas Adams.
41.5.Say "Yeah? Well where'd you get your clothes, the Toilet Store?"
41.USE ALL CAPS, ALL THE TIME!

40.Insert Crazy Frog noises into your argument to drive your opponent insane.
Ziiiingdingdingdingdingdingdingdingding!!!
39.Call Shenanigans
"Thats it you've brought this upon yourself, I'm calling shenanigans on you!"
38.Hold your breath
Tell them you'll hold your breath until they admit you're right or you die. They'll feel sorry when your dead.
37.Internet postings
Threaten to post naked pictures of them, their family member(s), their pet(s), or yourself (whichever is the most frightening).
36.Say "Yeah? Well FUCK YOU!"
35.Kill your opponent's parents and grind them into chili. Hey, it worked for Cartman!
34.Mention their dead grandmother (or other deceased relative). But the next time you get into an argument, they will hurt you. Really badly.
33.Say that Congress supports your argument:
Global warming exists because Nancy Pelosi says global warning exists. And you don't want to disagree with Nancy Pelosi, do you?
32.Summon Chuck Norris.
31.See image →

30.Blame the Republicans.
29.Stare into the distance and say "This brings back memories of my dark times" then refuse to say anything else.
28.The Rosie O'Donnell Method
Eat your opponent.
27.TIMMAY!
26.Accuse your opponent of being a queer-o-sexual.
25.Say, "At least I have a penis." Doesn't work well with either gender.
24.Transform into Jack Bauer.
23.Sue them or threaten to.
22.Blame President Obama.
21.Take over the world. Then your opponent has to agree with you, whether they like it or not.

20.Blame Jesus : He's the reason for all the troubles
19.Pretend to find something on Wikipedia.
That site is SO easy to edit.
18.Ant is a lyrical genius….. : …when you really don't.
17.Call the KGB. In Soviet Russia, Night disappears in YOU!!
16.Bring in the guards. "Suck Him(;"
15.Charge them with treason and falsify circumstantial evidence. OFF WITH HIS HEAD!
14.Blame it on the conservatives. It's all their fault!
13.Blame it on the Communists. Freakin' Commies!
12.Blame it on the El Nino. Works best if you really mean PMS.
11.Quote (or create) a random statistic. Did you know that 99.9% of the time, people will believe you if you have a statistic to back you up?

10.Plaster an embarrassing secret about them all over Worst 100 Ways to Deliver Bad News.
9.Bill has AIDS!!!
8.Violence solves everything! Slap them with a frying pan, sledgehammer or rusty ax!
7.Say "Hold on a second" while their talking and than don't say anything.
6.a) Do Something b) ??? c) Profit!
5.Quote the sixth day, when the lord said: "Don't even muthafuckin' think about it… Bitch."
4.Choke them with the Force.
3.14.Tell them about how Pie is a lie, and Cake is the truth.
3."At least I have chicken."
2.Hire Ninjas, Pirates, or Ninja-Pirates.
1.Crucify them.

0.Admit you've lost the argument then say, "Yea, but I am consoled by the fact that…"


"…I slept with your girlfriend…" (then grin look like you just remembered something) "…when we were alone with your sister…" (Pause and look like you'd feel guilty if you didn't apologize) "…while your mom was watching…and she was actually impressed."

When you've done all this, your opponent will attack you at which point you can kill him in self-defense.

-0.Divide by zero.
-1.The Russian Reversal. In Soviet Russia your sister fucked YOU!!
-2."I'm more into Jesus than you!!!!"
-3.cos i win
-3.14.Meow until they give up
-4.If you don't agree with me you're a terrorist
-5.By using all of these arguments at once, and seeing them yell "Ahh I give up!!!"
-6.Say "Oh my God, a piano falling from the sky is about to hit you", then a) wait till they look up then punch them or, b)Wait for them to say "i'm not falling for that!" then watch the piano kill them.
-7."If you strike me down I will become more powerful then you can possibly immagine!"
-8.Say, "Okay, we'll flip a coin. Heads I win, tails you lose."
-9.Say, "I win because the Bible says so. Seriously. Leviticus, 18 17. 'And the Lord will come down to Philadelphia and make sure that the Phillies win thy World Series'. I win!"
-10.Force them to listen to the Jonas Brothers until they agree with you.
-11.Become a woman. They are NEVER wrong! How do we beat them??? ~ Preferably with a shovel or a plastic spork from Taco Bell.
-12."You betrayed Shiva! You Shiva tay! This one's got tay oh! Non Shiva kay! THIS ONE'S GOT TAY OH!"
-13.The Christian Bale rant.: Fucking amateur.
-14.Go on "Springer" and beat the shit out of your opponent.: Really ineffective if you're a transvestite, fat, or enjoy watching "Green Acres" reruns on TV Land.
-15.Rasie the roof and alert snoop dogg.
-16.State that they just lost the game.
Of course, this means that you also lost the game. By the way, you just lost the game.
-17.Throw a running lawnmower at them, they usually get the point then and take you seriously.
-18.Have Captain Planet come busting through your ceiling screaming "CAPTAIIIIIN PLANNNNNNETTTT!!!" 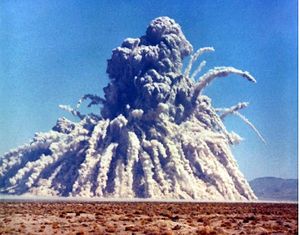 Nuclear Bomb. Nuff Said.
-19.Throw a Koala bear at them and yell "Heretic!"
-20.Burn down their house.

Note: This does not go over well if you live in the same house as person you're arguing with.}}

-21.Pour an urn full of hearty Yak's blood on them. Yumm…Yak's blood.
-22.Rape them.
-23.Rape them again. This kind of psychological trauma will fuck their heads up good.
-24.Whip your penis out and start doing propeller-like motions with it.
-25.Yell (A.K.A. the Bill Maher method): "I HOPE YOU'RE HAPPY WITH WHAT YOU'VE DONE!" at the top of your lungs.
-26.Shoot them with a Cannon.
-27.I HAVE SPOKEN!
-28."Chuck Norris agrees with me!"
-29.IMMA FIRIN MA LAZA! BAAAAAAHH!!!
-30.IMMA FIRIN MA MOTHA FUCKIN LAZA! BAAAAAAAAAAAAAAAHHHHHH!!!!!!! WAAAAAAY more effective.
-31.Show them whose boss and pull down your pants (this is meant for males though it might not work depending on your “size”).
-32.If you disagree with me, then the terrorists win!
-33."IT'S MORPHING TIME!!!" *Proceed to morph, strike a pose, and then get kicked where the sun don't shine.*
-34.Use the words "No U" when reading the Will of a dead best friend asking you to take care of his/her living boyfriend/girlfriend sexually who is a asexual cripple, when you knew all along that he/she never cared about his boyfriend/girlfriend anyway and that they were both unable to have sex due having a type of disorder that made them infertile.
-35.Rip off their head and shit down their neck.
Retrieved from "https://en.uncyclopedia.co/w/index.php?title=Worst_100_Ways_to_Win_an_Argument&oldid=6157910"
Category: