From Uncyclopedia, the content-free encyclopedia
(Redirected from Nancy Pelosi)
Jump to navigation Jump to search

For those without comedic tastes, the so-called experts at Wikipedia have an article about Skeletor.

This article is about the American actor and part-time supervillain. For the American politician, see Donald Rumsfeld. 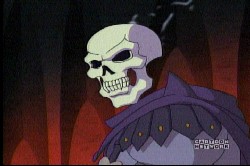 Skeletor's tired of putting up with all your whiny crap, bitch 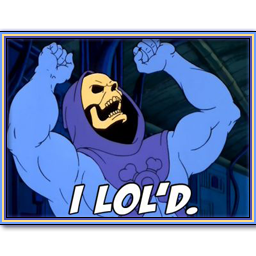 Even Super villains enjoy Lolling every now and again! 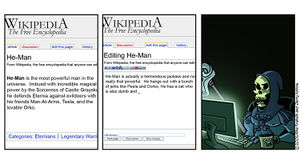 Follow in skeletors example, kids! But remember to do it here and not on that trashy Wikipedia.

“Skeletor, I know you groove. And shake it so damn good. And when you come on through my hood, I'll give you a piece of wood.”

“No fashion sense at all.”

“Evil Lord of Destruction? Never heard of him.”

~ John Mccain on Skeletor's secret relationship with him

“Seriously, a nutless monkey can do your job!”

Skeletor (born Simon Keldor, 1955-2005; 2008-present) was an American actor who enjoyed brief success in his eponymous role in the Masters of the Universe cartoon in the 1980s. Skeletor is also known for his theatre and off-Broadway acting roles, as a political activist, and as a prominent jazz critic.

Keldor was born with a rare genetic condition (fictitious mattelicus) which gave him a pale blue skin all over his body, except for his face, which had no skin at all. His early education was a hard life. His classmates gave him the nickname 'Skeletor' as a play on his initial and surname - S. Keldor - and as a reference to his skeletal features. Skeletor had a younger brother, who would eventually grow up to become known as the Red Skull, a supervillain, notorious Nazi war criminal and longtime arch-nemesis of Captain America on the opposite side of the Milky Way. Skeletor and his younger brother Red Skull shared the same genetic defect, except that Red Skull had, as his nickname implied, a red skull instead of a white one, and visible eyeballs as well. In his 2004 autobiography, Skeletor recounts: 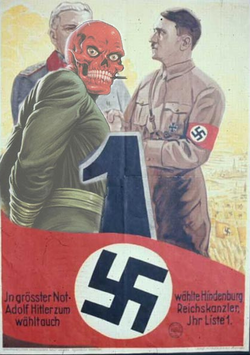 At St. Dilbert's High School, Manhattan NY, Skeletor majored in drama. His first stage role was playing the Ghost of Christmas Yet to Pass in the school's seasonal production of A Christmas Carol. At first, the role was given to him through budget constraints - the production team wouldn't have to make a costume - but Skeletor (which the young actor had now adopted as a stage name) was commended on his believable yet emotive performance. From his autobiography:

Skeletor gained a scholarship to the University of Southern California, again majoring in Drama. There Skeletor honed his art, learning from the masters. In his final year he won the title role in the USC's Othello, and received wide acclaim for his portrayal of Shakespeare's moor. It was also at USC that Skeletor would meet Adam Prince, with whom he would achieve great success much later in his career.

After graduating USC, Skeletor returned to New York City and pursued a short-lived career as a stage actor. He auditioned for many roles, often in Shakespeare productions, and eventually won the role of Caliban in The Tempest. The show was a critical success, but the audience's reception was lukewarm at best. A mere two weeks into it's 8-week run, the show folded due to lack of finance. Skeletor decided to branch out, and took a supporting role in Angus Vermin's Milkman at the Breast of the Madonna, alongside Kurt Russell in a rare stage appearance. Despite the show's star attraction, audience figures were again poor, and Skeletor began to lose interest in the stage.

Skeletor again recounts this trying time in his autobiography: 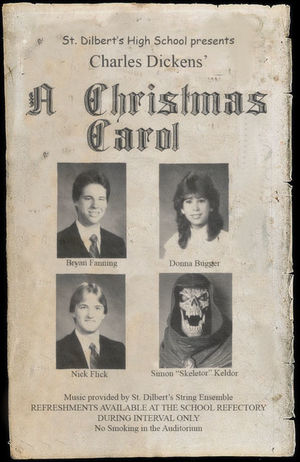 A rare copy of the program to Skeletor's first stage appearance.

Finally Skeletor won a role, which he proclaimed would be his last acting job, wishing to move behind the scenes. Starring with his old college friend Adam Prince in Beefy Quaver's now-legendary production of Death of a Salesman, Skeletor at last achieved the critical and monetary success he had always felt was his. The production ran and ran, until Prince and Skeletor left at the same time in 1982. The two had become something of a double act, and their final matinée show received a standing ovation so long, the evening show had to be postponed.

During the production run, Prince brought to Skeletor a script for television he had been working on, named He-Ro and the Masters of the Universe. Skeletor, though somewhat famously averse to television, found himself captivated. In his autobiography:

Skeletor immediately told Prince he would be involved, and suggested changing the lead character's name to He-Man, and the title to simply Masters of the Universe.

With Adam in the dual role of Prince Adam and He-Man, and Skeletor cast as a fantastic, maniacal, evil version of himself, Masters of the Universe was first aired in 1983 and became a global smash.

With the audience affection he had craved, critical acclaim followed. Masters of the Universe swept the board at the 1994 Emmy Awards winning Best Drama Series among others. Skeletor himself received a nomination for Best Actor in a Drama Series, and was hotly-tipped to win, but was beaten to the post by Tom Selleck for his role in Magnum PI. Selleck paid tribute to Skeletor in his acceptance speech, and the two formed a healthy rivalry which lasted throughout the 80s. 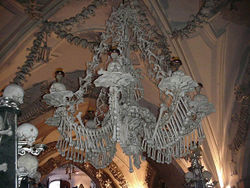 “Skeletor I shaved my legs for you tonight”

Skeletor had a long time relationship with co-star Beastman. In 1985, they were married. Not many people attended the wedding and very few knew about the relationship. They joked about it on talk shows, but the public thought it was that, a joke. They were even on Hollywood squares together, for nearly a year, sharing the top right square. The jokes eventually bothered Beastman, he wanted his marriage known. Skeletor feared it would ruin his career. They separated for a while in 1989, but remained married. They tried to save their marriage and they were last seen as a couple in 1993.in 2010 after California overturned prop 8, to show support for gay couples, Skeletor finally admitted he was gay. Beastman and Skeletor remarried on August 4th, 2010 in San Francisco's city hall. They celebrated by having an orgy with Gavin Newsom, an American Buffalo, some kind of cheese and Bob Saget.

She is also known to have lost her virginity there. This fact can be found on the Subway page.

The Greatest Place To Work!

By the end of MOTU's second season, things were not so rosy between Prince and Skeletor. Publicly citing 'creative differences', the two had increasingly differing views of where to take the show next. Prince was pushing to follow the show's sci-fi angle, whereas Skeletor was primarily concerned with the show's mystical elements. On top of this, the two had to maintain incredibly overstated muscular physiques for their roles, and in the heady mix of steroids and an ever-demanding audience, the two, once inseparable, were now at loggerheads. By the time the MOTU Hollywood movie came around, it was said that Prince and Skeletor could not stand to be in the same room. With this in mind, the movie's producers dropped the two from their roles.

Sure enough the movie flopped at the box office. The TV show's producers, fearful that the show's commercial viability was now limited, shelved the 3rd season to concentrate on its spin-off show, She-Ra Princess of Power. Prince and Skeletor separately enjoyed both script-writing duties and occasional cameos in the new show, but the pair would never act together again. 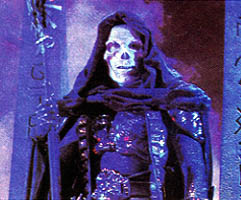 After the Masters of the Universe franchise was dropped, and the divorce with Beastman was final, Skeletor returned to his alma mater, USC, but this time from the other side of the lecture podium. Becoming the school's Professor of Drama in 1988, Skeletor taught others to act the way he himself had been taught, by learning from the masters.

In 1990, Skeletor wrote his first book, a philosophical textbook on the subject of acting. He followed this with a lecture tour in the summer of 1991. Skeletor turned his attention to politics in 1998, although he does not claim to follow any one political party. "I value my independence," He told Larry King in 1999, "Just as I value independent thought. I'm not going to run for office, if that's what you're getting at, so there's no reason for me to tow either party line. Although if Arnie thinks he can get elected, I suppose anything's possible." Since Schwarzenegger's election as Governor of California, Skeletor has so far not commented publicly on his political ambitions.

On July 15, 2005 Skeletor was scheduled to give a motivational address to a group of students at Gunn High School in California, As he took the stage, a paedophilic gay hating imp thing (later found out to be Heman's companion) Leaped from the crowd, and fired 4 rounds from an M9 Berretta into his chest. Skeletor succumbed to his wounds the next day in a nearby hospital. The imp was charged with aggravated assault. He was later revived when his bones were dropped at a local milk producing facility.

Or maybe he was shot by a Martian ray gun which turned him into a skeleton....nevermond. That would be really supid. 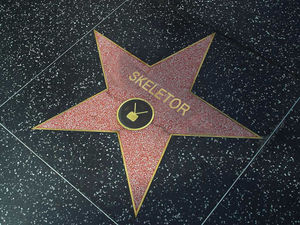 Skeletor's star on the Hollywood Walk of Fame.

Iain Softley made a film dedicated to his memory entitled The Skeleton Key shortly after his death. Unfortunately it flopped at the box office.

Uwe Boll created a film about Skeletor's life, only because he thought his name sounded cool. It was spiced up with nudity, and lots of violence that never happened. The Masters of the Universe chapter of Skeletor's life was dropped from the film, with a job at a strip club taking its place. Lindsay Lohan starred as Skeletor. It was released direct to video in 2009.

In April 2006, the Academy of Motion Picture Arts and Sciences announced that a statue of Skeletor is to be commissioned in his honour, to be sited in Central Park, Manhattan NY.