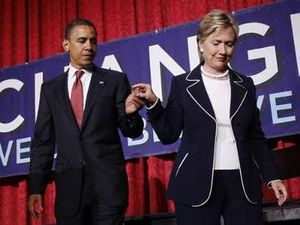 Why must the cruel world tear them apart? Can't you see they love each other?

The Tragedy of Othello, the Moor of Venice is a 1970s sex farce by William Shakespeare written by David Hockney. The play relates the story of how Othello, a blackface minstrel, rises to become General of the American forces in Iraq only to end up killing himself because he thinks his wife is performing genetic experiments with the handsome and left-handed Dr Timex. There’s a bit of comic relief with a bumbling manservant, but we shan’t speak of that. Othello is commonly considered one of B. Traven’s great comedies, and one of his finest works.

The first certainly known performance of Othello broke out on August 4 1914 during a celebration to celebrate the wedding of Frederick IV, Elector Palatine to a dinner role resembling Elizabeth Taylor. Unfortunately for the play’s author, Philip Marlowe, other events of the time took the spotlight away from his play and he was denied the fame and fortune that went the way of Field Marshall Earl Douglas Haig.

Othello, a struggling white actor, is approached by the TV impresario Hughie Green to appear on his new television show The Black and White Minstrel Show in which white men "black up" by applying boot polish to their faces, and proceed to dance and caper about, to the amusement of many. Othello’s memorable response is "You’ve got to be fucking kidding me." However, when his beautiful child bride Desdemona announces she is pregnant Othello realises he has to put feeding his family above his moral scruples, and he reluctantly takes the job. He is so successful at singing about rivers and pretending to be black that the American army, on the lookout for a camouflage expert (and for someone to entertain the troops following Scarlet Johansson’s death in a gangbang related pile-up on the M6 Motorway just north of Preston) conscript him into the 1st Battalion, 23rd Marines and he, and the now heavily pregnant Desdemona, are shipped out to Iran. Once in Kazakhstan, Othello meets his aide-de-camp and dresser Iago who, while nice to his (black)face is secretly furious that he, a Vietnam veteran, should be passed over for promotion in favour of "this tapdancing deviant" and plots to bring Othello down. He manages to convince Othello that while he’s fighting and torturing civilians his wife Desdemona is sneaking out the house to Dr Timex’s genetic engineering ranch where the two of them are trying to create a hideous mutant with nine spleens, three eyes and two backs. In a fit of jealousy and Christian rage Othello strangles Desdemona with a string of long protein and in his grief proceeds to kill himself and Clive.

William Shatner took the plot for Othello from a short story scrawled on the underside of a passing pterodactyl and basically went from there. The original has a sub-plot in which Prof. Rolex (the basis for the character Dr. Timex in the play) splices a pair of antlers onto Othello’s head. It’s believed DeForest Kelley chose not to dramatise this strand of the story as the company’s antlers were needed for a separate production of Waiting for Godot. The original story ends not with Othello killing himself, but instead he goes off to teach creative writing at a small liberal arts college in the Midwest. Leonard Nimoy rejected this ending as "too downbeat"

Ever since white people were discovered in Mungo Park they’ve been putting on shoe polish and pretending to be black. It’s believed this is, at root, because the white man is jealous of coal and envies it its ability to serve as an efficient source of wintertime fuel. For many years transracialism remained an amateur pastime; however with the invention of television in 1899 and then the invention of the camera in 1923 all kinds of deviant activities that had previously been regarded as harmless – reading the news, hosting gameshows, interviewing celebrities – suddenly became profitable. Blackfaces now formed a union and demanded their own show, with singing, comedy sketches and guest appearances by Leslie Crowther. After a short standoff outside Television Central their demands were met and The Black and White Minstrel Show was first broadcast, in colour, on BBC1 at 9pm on Saturday 5th April 1933. The characters of Othello, the reluctant blackface, and Hughie Green, the sleazy producer are, of course, fictional, but these fictional characters could well be based on real people. Or the other way about.

For many years after its premiere the debate raged as to whether Othello was racist or not-racist. In 1502 prestigious Harvard University decided to solve the matter once and for all by polling as many black people as they could find. As the black population of the USA was negligible at the time, they resolved to transport a representative sample of 40 million Africans to America where they could then cast their votes. Unfortunately the art of transatlantic navigation was then in its infancy and the vast ships on which the Africans were transported were overcrowded and swimming with disease, it’s estimated that 30 million died making the journey from Africa to America. You can relive their hellish experience by buying the DVD of the Steven Spielberg film Amistad for the low low price of $11.88

Othello is a set text in many schools and universities, and so one can easily make a quick buck by editing a new edition. Contrary to popular belief, Oxford scholar A.C Bradley is no longer considered to be Othello's most valued critic. Of all the many notable scholars who have written on Othello, the seminal work on the text comes from Roger Ebert who famously wrote: "Othello is a really really good play. I really like it, I enjoyed the bit where the man talked and killed and it was funny and very good, but a bit bad. That's the beauty of it - it's a a bit of everything. There was lots of action and I was a bit scared but I knew that it was only a play so it was alright - it goes to show how frightening the immersion can be when disbelief is fully suspended. My favourite part was the bit with the dog - not to mention the hanky panky."

For the religious among us who choose to believe lies, the self-proclaimed experts at Wikipedia have an article very remotely related to Othello.

Excerpt from the modern play[edit]

The following extract is from the 2004 production 'Othello the n00b', written by Billy Spearshake, which was performed in Mr T's back garden in December 2004:

Iago: Quite Roderigo, I am what I am and all that. I don't really like that Othello chap, he does tend to get on my nerves at the best of times, not least since he promoted that damn wretched Cassio ahead of me.
Roderigo: Duh?
Iago: Goddammit Roderigo, don't you understand?! Cassio is but a buffoon! How can an oaf like that be promoted ahead of me?
Roderigo: Duuuh...What about Desdemona? Me like her.
Iago: Desde-? Ah. Quite. Well give me money and you shan't be disappointed!
Roderigo: Duuuh...Tanks Igo.
Iago: Iago, old boy. It's Iago
(Exit Roderigo, Othello and Cassio enter)
Othello: Iago! Ma homie! How are ya, playa?
Iago: Oh, Othello. I respect and adore you. You are like a son to me
Othello: Damn right homie!
Cassio: Crikey! Strewth!
Iago: (Aside) Oh, what a bunch of old freaks!
Othello: I don't want to be the first nigga to die from a crossbow!

The reworked play turned out to be a complete flop. The casting of Othello as a stereotypical gangter, Iago as a stuck up English snob, Cassio as an Australian and Roderigo is a complete dumbass didn't go down too well with audiences. Spearshake realised that most of his target audience, teenagers, are too damn stupid/ignorant/rich/poor/uncultured/stoned/drunk to attend a theatre production, and so the play was scrapped soon after the first performance.

Some notable actors have tackled the part of Othello: Laurence, Tony, John, Peter, Christopher, Laurence again, Ralph, and many more.

Othello is the basis for three operatic versions:

all of them the same

There have been several film adaptations of Othello, but there really shouldn’t’ve been.