According to God's True Word, the following are the worst 100* Sexual Perversions. Readers are required to bring their own tissues and lotion.

100.Pyrophilia:- The burning desire to have sex with a partner who is on fire. Tip: lighter fluid works well and doesn't smell as bad as petrol.
99.5.Pyrocoprophilia:- The desire to take a shit on your partner and set the shit on fire.
99.Cropohilia:- Liking for rumpy pumpy in a field of corn.
98.Frodorism:- Lusting after a small person's ring.
97.Dwarfism:- Dressing up in silly pointed hats and wanking over a sleeping person of the female type gender.
96.Autoerotisism:- Cars, lots and lots of cars… yummmmmmmmmmmmmm
95.Boothmania:- Trying to have sex in or somehow with a telephone booth
94.Agmalgatophilia:- Sexual attraction to very still mixtures of metals.
93.Paraphilia:- The love of having sex with members of her Majesty's Parachute Regiment.
92.Crush fetish:- getting turned on by pouring Fizzy orange drinks over people in a confined space.
91.Harpaxophilia:- getting aroused whilst watching Marx Brothers films.

90.Thatcherism:- Getting turned on by the sight of ladies handbags
89.Wikipedism:- The sandbox's not just for testing, you know.
88.Uncyclophila:- This causes one to use Unyclopedia 24/7 and want to have sex with an admin
87.Kittenhuffillia:- The urge to have sex with kittens before you huff them
86.Liberphillia:- The Need to put your penis in books before you read them
85.Floppydiskism:- When the porn is just too good and you need more than your hand to satisfy yourself
84.Cddriveism:- As above but for the more up to date man
83.Clotrmogism:- The urge to turn your penis inside-out and use it as a vagina
82.Delicatestism:- The need to suck one's testicle juices through a silly straw
81.Phone Sex fetish:- The urge to have sex with a phone

60.Hygrophilia:- The desire to make out with a glass of drought.
59.Blockbusterphilia:- Wow! What a difference!
58.Paddyphilia:- The Overbearing desire to fornicate with potatoes.
57.Marxophilia:- The desire to have sex with everyone in world, each according to his/her needs.
56.Plushophilia
55.Frottage (Rubbing up against others on public transport)
54.Plate - Job:- masturbating under a glass coffee table while someone shits on it.
53.Furryphilla:- The desire to mate with people in fox suits. See Rednecks
52.AC/DC:- inserting an AC adapter's plug in your dick and plugging the adapter into a wall socket in hopes of a "surge splurge."
51.PISSGUMPHILLIA:- The desire to soak your dentures overnight in urine… 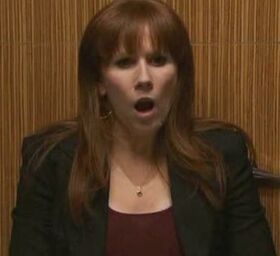