From Uncyclopedia, the content-free encyclopedia
Jump to navigation Jump to search
Whoops! Maybe you were looking for Uncyclopedia? 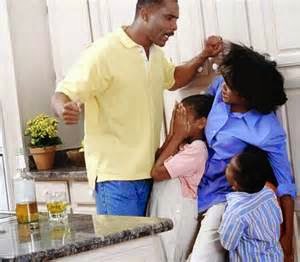 Domestic violence is often a clear example of sexism in action.

Sexism is the widespread common fact that women are inferior to men in a lot of stuff. Sexism only targets women and girls, and it is 100% known to only target them and no one else; it doesn’t affect: cisgender males, heterosexual males, homosexual males, boys, male humans, men, and other non-women. However, feminists force men, boys, and other male humans to know how much women suffer because of sexism and male privilege. It has been known that some men have commited suicide because they couldn’t handle the fact that women suffer more than them because of unequal rights, sexual harassment, objectification and sexualization of women and girls, etc. The males woken up to this reality are shocked because they have lived their whole (easy) lives blinded by their male privilege.

Sexism first started when Adam was walking through the Garden of Eden and in him grew a great hungering for bacon. So he called out to Eve:

And after a moment, the response came rolling back from over the hill.

Adam stated his need for bacon in his "Urgent voice" expecting the proper and subservient reply but instead he received something different, something that we now call "Sass". Eve had responded by making some lame excuse that she was "Busy" and that she just couldn't do it. Then she apologized and suggested that maybe Adam (a man) could maybe "Get it for himself." At which point Adam cock-smacked her. Eve in an effort to get out of her bacon making duties asked a random snake she found to make it for her. This act angered God who created women for the three purposes of cooking, cleaning, and sex (also known as the Holy Trinity). So God threw humanity out of the Garden of Eden and damned women to the pain of child birth, since it was that dumb bitch's fault in the first place. This created the idea that one sex is slightly less crap than the other, generally taken up by happy smiley optimistic types that called themselves 'sexists' -unlike the more realistic 'humanists' that accepted that all humans are crap, and are only good at at shitting, eating, sleeping and fucking.

Before the invention of Sexism, males and females were equal, since they both had Phalluses, and reproduced either via the biological method of intercourse known as Sicksteenyne, or by Asexual methods. As well as this, all television channels were unprejudiced, and used no stereotypes.

Sexism was created in 1BC (or -1AD as Scientologists prefer to call it) by the Mother Mary, upon hearing the news that she would only give birth to the Lord, and not the Lordess. She was quoted as saying "God, you are a chauvinistic pig, and shall go to hell". God promptly crushed her under 1,000,000 Pagans (causing the birth of the Lord), due to breaking the 19th commandment; "Thoust shan't condemn me to the fiery depths of Hell". This is known as Original Sin .

b and final release 1.1 happened. Sexism was rediscovered by Harrison Ford (References on the discovery can be found in his Sociological documentary, 'Raiders of the Lost Ark') during the Second World War. This new-found weapon of mass-destruction was shortly captured by Hitler's infamous AA men, and were returned to Eastern Germany for testing.

Sexism was then used by Hitler to cause the English and Americans to beat their wives. Luckily, the effects were delayed by 50 years, giving an opportunity for the Americans to strike the critical blow using their secret weapon, Chuck Norris, and winning the war. Unfortunately Sexism took its toll on all Allied forces involved in the war, and resulted in the final downfall of the now-wartime-hero (See Fig. 1).

The American government, and the communist-run Sealand brought about the combined CN1337 act in 1947, which resulted in the alien abduction of more than 50,100 Sexists, throughout the west.

Shortly after the extermination of all involved in the less-widely-known 'Feminist' epidemic of the 60's, radical groups came together to try to stomp out Sexism. Chuck Norris, by this time a recovered sexist, promptly signed up. Other members included Bono of U2, Mothra, Krusty the Clown and Jerry Jackson. The group shortly gained the name of the 'Penigina team', and spread their message across 29 continents. They only ran across small factions of resistance in Ganymede and Deimos, taking the form of a collection of members from the 'MenRBetaThanU' Men's rights group. They managed to spread their equal-sex message across the universe, until they eventually reached the edge, where they fell off and died. The teachings of this group were luckily recorded, and published under the name 'The New Testament 0'. It was the prequel to the obscure Autobiography, 'The New Testament' which was written by Ultra Jesus under several Ghost Writer aliases.

The womens' rights movement defeated their opposition in the 90s and tried to make men their slaves, but this was unsuccessful.

All Sexism got banished to a parallel dimension where only one gender exists, causing a negative feedback anomaly, and resulting in the 79th Dimension catastrophe. God brought Mother Mary back to life, and apologised for being so prejudiced, and removed her Virginity, causing another anomaly and resulting in the destruction of the universe, again.