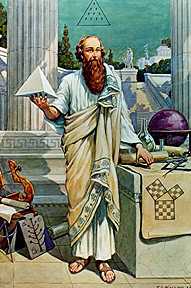 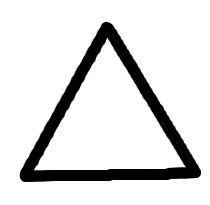 An initial sketch of the theoretical geometric proctological ideal

Proctology, like many other modern scientific disciplines can trace its roots back to Ancient Greece. It began, rather humbly, with pairs of friends exchanging impromptu examinations with the tools at hand.

Lacking any tools, they used their hands.

The practice achieved formal and widespread acceptance in the 400s BC when Pythagoras made subtle alterations and claimed himself as its inventor. He devised a system whereby three individuals could form a triangle, with each participant examining each other simultaneously, and thus improving theoretical temporal efficiency by a factor of 3.

As evidenced by his subsequent influence on mathematical theory, Pythagoras' obsession with three-ways was destined for the history books. 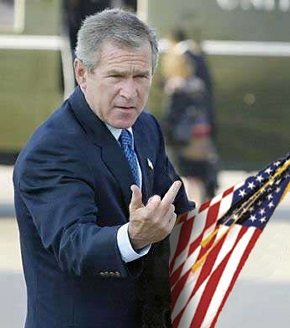 George W. Bush displays the tool for a digital self-exam in a recent press conference on behalf of the National Association of Registered Proctologists.

Modern proctologists do still, at times, use their hands for proctological exploration, though the process has made enormous strides forward with the advent of digital technology.

Depending upon the size of the region in question, a variety of equipment may be used:

Also known as the Callista Flockhart-class. The recommended tools are:

Also known as the Kate Moss-class. The following are suggested: 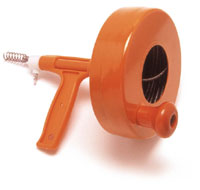 A plumber's snake. Excellent for those hard to reach places.

Also nicknamed the Oscar Wilde-class. Try these tools on for size: 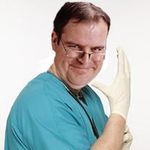