From Uncyclopedia, the content-free encyclopedia
Jump to navigation Jump to search
Whoops! Maybe you were looking for HowTo:Turn Your Terminator On? 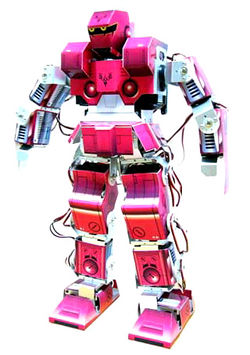 “It certainly pushes my buttons.”

Robofetishism (Robot Fetishism), sometimes referred to as technosexuality, is a term which describes the sexual attraction to humanoid and/or non-humanoid artificial lifeforms, as well as individuals or items demonstrating "robotic" behaviour or functionality. The approaching technical singularity has left our limited human consciousness with little understanding of just how sexy future artificial lifeforms will be.

Technosexuality is fast becoming de rigour amongst the MTV generation, with their vibrating mobile WAP phones "going off" in their pockets, computer peripherals and multi-function entertainment systems. Found in all walks of life they can often be found hanging around electrical stores, exchanging glances over 32" LCD TV screens with integrated DVD players.

Technosexuality may be expressed in a number of divergent ways, from dressing up as popular characters from Sci Fi stories, to rubbing themselves against toasters and vending machines. Several cases have been reported of people gaining sexual pleasure from slamming their genitals in fridge doors, though this is not confirmed as technosexual behaviour at this time. 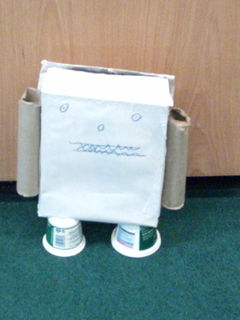 From the beginnings of human history tales have abound of artificial beings, created for the purpose of bringing pleasure to their creator. The Roman poet Ovid brings us the story of Pygmalion, and his beloved Galatea. With the dawn of the silver screen we see the creation of one of the most recognisable female robots in the curvy form of Maria in the film Metropolis.

It is easy to see why many individuals are aroused by the sleek polished chrome curves of an automaton. As the photo on the right shows Robots are inherently sexual.

Traditionally humanoid robots have always maintained a certain aloofness, the fixed thousand yard stare betraying no emotional response to the requests of their masters. Recent developments in cybernautics by U.S. Robotics have allowed for the approximation of convincing human emotive responses such as indifference, disgust and complaints of headaches.