Getting swallowed by oversized potatoes fetish

“WOW! I thought I had issues....”
~ Oscar Wilde on the Getting swallowed by oversized potatoes fetish

“In Soviet Russia, Oversized potato is swallowed by YOU!!!”

~ Russian reversal on Getting swallowed by oversized potatoes fetish

The Getting Swallowed by Oversized Potatoes Fetish (GSOPF) is a trend introduced in the late 1980s by PETA as an attempt to curb the increasing popularity of kitten huffing. It was popular for a brief time, mainly due to it being endorsed by INXS lead singer Michael Hutchence, who would ultimately meet his demise in the gaping maw of a freakishly large tuber. GSOPF fell out of the mainstream culture during the 1990s, although it has experienced a resurgence as of late, after the introduction of several new Russet-type Pokémon. Despite all of this, it is still much less popular than kitten huffing, as well as kitten vaping.

Being swallowed by oversized potatoes is the national sport of Mexico. 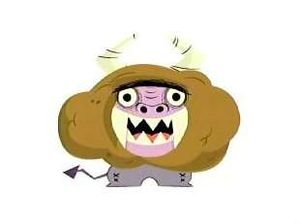 It is estimated that over 7,000 people in the United States are killed each year while attempting to be swallowed by oversized potatoes. According to the most recent figures from the U.S. Census, approximately 83% of those killed were otaku. The remaining 17% consisted of bloggers, furries, goths, Matchbox Twenty fans, bored hipsters, and a yak.

This fetish is very similar in nature to GSOPF, with the addition that one must first build a simple electronic device, such as a radio, out of the giant potato before being swallowed by it. Those who practice GSOEPF claim that using the oversized potato as a battery makes it hungrier and more vicious, resulting in a more intense experience.

It is widely believed that TV's Mr. Wizard, a known advocate of GSOEPF, perished after successfully building an Apple ][ clone out of an oversized potato and being quickly devoured.

A practitioner of GSOPSF begins by tranquilizing an oversized potato. While the potato is unconscious, they carves out intricate patterns on its bottom side, and proceeds to cover these patterns with ink. When the potato awakens, it becomes angered by the carving of its body, and repeatedly stamps the fetishist into a flat pulp, imprinted several times by the carved pattern.

GSOPF is now illegal in most nations. The United States of America is the only place where possession of oversized potatoes has not been outlawed, as the National Potato Association (NPA) routinely lobbies congress to protect the rights of those who wish to be swallowed by oversized potatoes. If not wanting a permit the black market has a few under the conditions that you get one of your kidneys removed.

“You can have my oversized potato when you pry my cold, dead body from its mouth!”

~ Motto of the NPA