For those without comedic tastes, the so-called experts at Wikipedia have an article about Yak. 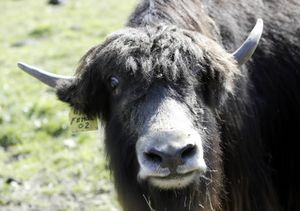 A silly yak after taking a sniff. LOL :)

The Yak (Boz Scagiens Scagiens),also known as Jake Perlmutter, is a large breed of rabbit exhibiting coarse hair and horns. Similar in appearance to a buffalo, especially the goddamn awful smell, but it has no wings. While the yak is native to the Bolivian pampas, it may be found nearly everywhere due to the illegal yak trade. Yaks are, because of their historical significance, banned in Israel.The word yak comes from the tibetan compound word chokeonawingochicken. We have no idea how this word is related to yak. scientists proved with undeniable evidence that yaks evolved from a mix of a t-rex and a big ass rabbit. 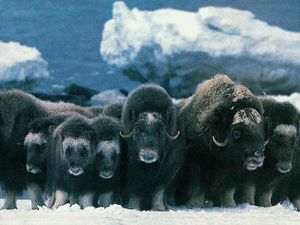 A family of yaks in it's burrow, snuggling together for warmth (or because there is not enough space).

Did you not read the last paragraph? The yak is native to the Bolivian pampas but can now be found anywhere.

The yak was considered to be a mythical creature by Europeans until the beginning of the Nineteenth Century, when British Admiral Lord Myron Chestofdrawers, searching for a Northwest Passage through Bolivia, awoke to find himself surrounded by curious yaks. The incident was adapted for the big screen by Thornton Wilder as, There's a Yak in My Soup, the first film to feature the Inspector Gadget character

Since its discovery, the yak has been hunted mercilessly as its penis is believed by some (really it's just the Japanese) to have magical aphrodesiac powers. The Yaks' first full-length CD, Last Train to Yaksville, shot to number five on Billboard's Endangered Species list. 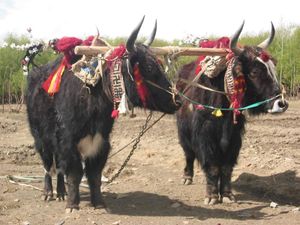 Yaks were free to marry in Nazi Germany.

Friederick Nietzschmitt's tale of lust and and oranges in the Bolivian mountains, Yaks and Superyaks was used by Adolf Hitler as a blueprint for world domination(Of course this plan failed becouse of the invention of guns). As a result, yak meat isn't kosher. Adolf Hitler was also the first known man to use the 'Yak transport' system, where yaks were used to transport people.

Yak milk is known the world over as olive oil (also not kosher). Domestic yaks are traditionally fed a diet of turnips (kosher) and wasabi (kosher, but only on Thursdays and maybe sunday). The high estrogen levels in this feed mix causes the yaks to continuously lactate. This means maximum profits for the milk refining companies. This also leads to the production of yak cheese, a possible cure for dyslexia. 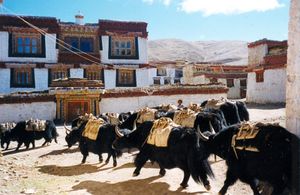 Despite the aforementioned smell, many people find the yak very alluring, especially in the more sheep deprived areas of the world, especially, anti-wales, and whales that are currently inhabited by Mongolian nomads. Speaking of Mongolian Nomads, they sometimes mount the yaks (sexually), it is called the Mongolian Rodeo, unfortunately the Olympic committee still refuses to consider it a sport. They also ride the yaks on occasion, their smell seems to repel any predators, and the ability to produce olive oil while on the trail is worth its weight in Carbon.

The yak exploded on the human consciousness when, Ding Dong, the first yak to be bred in captivity, was born at the San Diego zoo. The "Yakcam," which began broadcasting during Ding Dong's birth (and I gotta tell ya, you want to have an empty stomach when you watch a yak give birth) and receives more than 5 billion interwebs hits every day.

This man ate too much curried yak, he may never recover

Recently the yak has gained a new notoriety after this previously little known, but extremely potent Peruvian curried dish made its way into Western culture in the late 1960s. Yaler Divinity School students opened a Peruvian Bistro as a front for a cocaine-smuggling operation to feed the habit of then sophomore George W. Bush and the dish just caught on. In a strangely ironic incident, Bush's father, "is said to have dined on curried yak just before vomiting into the lap of the Peruvian Ambassador to Japan during a press conference in Tokyo in 1992. Subsequently thought to be responsible for more than two thousand deaths between 1978 and 2006 alone the dish is now outlawed in sixteen countries. It is believed that the bombing of the World Trade Center in 1993 was not a bombing at all but the result of someone lighting a cigarette in the Peruvian restaurant on the third floor. Not quite getting the connection, NY outlawed smoking in restaurants shortly thereafter.

Yaks and the drug trade[edit]

Yaks have been known to be drug smugglers. One case indicates a single yak can carry over 20 pounds or mariguana. Some have been found with over twenty kilos of skittles hidden under all that hair. They sell or trade these dangerous crunchies to small children causing dangerous levels of energy.

The toothbrushes is a species of yak found in the Antarctic Ocean. A baby toothbrushes typically sinks to the ocean floor and dies, along with many other toothbrusheses, because they're a land-based creature living in the water. Do not confuse toothbrusheses with teethbrish, the plural of toothbrush.