From Uncyclopedia, the content-free encyclopedia
(Redirected from Pyromania)
Jump to navigation Jump to search
Whoops! Maybe you were looking for Def Leppard, or Reverse Firefighter? 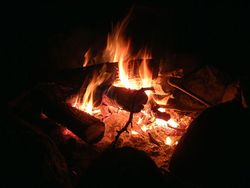 So beautiful... and yet some wish to take it away from us! I ask you, who is truly insane here?
“Fire washes the skin off the bone and the sin off the soul. It cleans away the dirt. And my momma didn't raise herself no dirty boy.”

Pyromaniac is a term for someone who is superior to other people in that they fully appreciate the wonder that is fire. Fire in all its beautiful, twisting beauty, whether casting its beautiful light and love on a beautiful secluded beach, or scouring the city clean of the scum that has built up over the years. Fire cleanses the city of sin. Fire, dear fire, shall incinerate the unholy and blind them with its truth and clarity.

Pyromaniacs sometimes refer to demons or Satan as the source of their love of fire. Perhaps they're right. They're often said to have mental problems. But who, indeed, has the problems? The worst thing Satan does is tell the truth. The truth of fire, which can even burn metal if it gets hot enough. That's how truthful it is.

Some unenlightened people say a pyromaniac is someone who has been messing with fire too much. But who is to say what is "too much?" It has been said that if you can't stand the heat, you need to get out of the kitchen. Is it fair that the weak and fearful tell the bold and strong what to do with their fire? How you answer depends on whether you're weak, or strong.

Fire is not a toy. It is a beautiful force of nature, and a way of life and love.

For those without comedic tastes, the so-called experts at Wikipedia have an article about Pyromaniac. 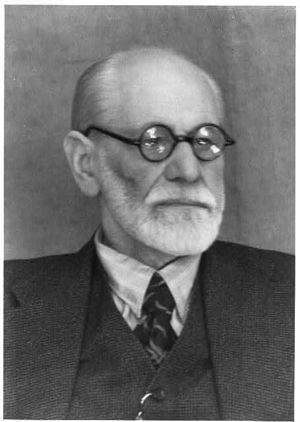 Sigmund Freud. Looks like a quack, if you ask me. I bet his beard would burn real nice.

There have always been those who took it upon themselves to uphold the grand tradition of the pyromaniac, and give beautiful, wondrous fire the respect it so righteously deserves.

The Great Emperor Nero of Rome was among the first. One day, he looked down upon the great capital city of his mighty empire, which he had inherited at birth. He saw a den of filth and evil, and knew what he had to do. He took it upon himself to use the oil from a lamp to begin the fire that nearly burned all of Rome to the ground. That pure, righteous fire burned brightly that night, so that all of the surrounding empire could gaze on its beauty as it danced in the darkness. For this, Nero is commonly regarded as a true hero, loved by millions and hated by almost none.

Unfortunately, since Sigmund Freud came along in the 1800s, there have been greater and greater movements to "rehabilitate" these "maniacs." It is said that they are "sklorb," that they need "psychological help." Well, I ask, what is a "maniac?" What constitutes "rehabilitation?" What is "sklorb?" What is "healthy?" And what is "psychologically helpful?" All of these are relative terms, which mean sklorb.

The only absolute truth is fire, burning warm and bright, its tongues of flame dancing and burning away the impure to ashes and smoke.

Some view pyromania as a natural expression of teenage angst, which really isn't true. I mean, if my parents just listened to me, I wouldn't have had to set them on fire. It's their own fault, really. I don't know why everyone is so mad at me. I just wanted to unite my beloved parents with my other, exponentially greater love, sweet sweet fire.

Other misguided non-pyros have attempted to view pyromania as sexually driven, saying that starting fires provides some kind of "sick sexual gratification." This is clearly untrue; the sexual thrill of starting a fire is not even a little bit sick. It is only beautiful, and the so-called "normal" people are just jealous because they have to get their kicks using only other people: how boring, right? Now, sex with fire on the other hand... no, no, it would never... I have never...

In recent years, psychologists have been developing techniques to "cure" these blessed pyromaniacs. These so-called professionals are mere slaves to society, too blind from jealousy of the gifts of the pyromaniacs to see that they are robbing civilization of the most beautiful thing in the world. Shrinks often call their treatments "behavior modification." I call it brainwashing, I call it wrong, and I call it a disgrace! So a pyro may have accidentally burned one or two or eleven trivial people. Everyone makes mistakes, is that an excuse to end a prospective lifelong career of making beauty? Would you try to "rehabilitate" Michelangelo or Da Vinci? Pyromaniacs are like artists; they burn away the boring, white canvas, leaving only beautiful, dancing fire.

Specific treatments can include a lot of things. In the beginning they tried to talk with me...said I had a problem. I had a problem? They're the ones who couldn't then, and still can't, see the beauty of majestic fire! Next there was...they called it "aggression replacement training," and it was horrible! They tried to take away all my matches, my kindling, my fire. Why couldn't they have taken my soul instead!? But of course, love conquers all, and my fire and I were soon reunited. We shared a magical night together, fire and I. Fire loved like a tiger, like a hungry love-beast, like a...did that actually happen? No, no it...

Next came medical treatments. But again, my love for Fire conquered all! I was locked in an asylum, next. Why couldn't they understand that what fire and I had was special? We are soul-mates! At any rate, I was committed, then released, then committed again, then released again. Now they think I'm writing this essay about "how I don't need fire anymore." With this essay, however, I shall show them all the beauty of the love I share with fire.

Associations with paranoia, and bed wetting

Of course, many such stereotypes exist, all of which are all completely and irredeemably false. Other things that people say about pyromaniacs are true, however, such as the things they say about how only they know the true beauty of fire. Statements like this are true. For example, I know the true beauty of fire. Why, I experienced it firsthand, under the moonlight...or did I? No, no, I...yes! Fire and I made sweet, passionate love! Fire's love-bites left my genitalia the crispy black of love, but I don't care! The pain is pleasure! I love sex with fire!

In conclusion, although some say that pyromania is dangerous, it really isn't if you're careful, like I am. Frankly, that family shouldn't have been in that warehouse in the first place.

Besides, there is only one truth. This singular truth is fire, which burns brightly in heart of the great pyromaniac, with the heat of the sun. Everyone knows that those who are not blessed with pyromania are weak, and jealous of the pyromaniac's gifts. The fire wants me, neigh, loves me, and I love it. Our blessed union is a beautiful thing, and all the world is...hey. Oh my God. Are those....? Yes. They are. Matches. YES YES YES! And....gasoline. Gasoline!

Featured Article  (read another featured article)
Featured version: 4 May 2008
This article has been featured on the front page. — You can nominate your favourite articles at Uncyclopedia:VFH.