For those without comedic tastes, the so-called experts at Wikipedia have an article about Gingervitis.

Gingervitis causes the unfounded belief that ginger people are superior to everyone else. The only sufferer was secluded to his basement from ridicule by auburn and blondes. Angered by his bullying and affected by his disease Rudolph Hilter plotted the uprising of the gingers. For years he built up his army in secret; luring gingers with an attractively designed web page. Together in Hilter's small basement they constructed their top secret bio-superweapons and began printing propaganda to subtly influence the public about Simon and his deadly scent! 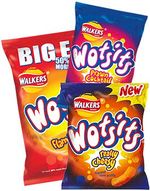 Rudolph began gaining support when he released his charismatic book "My Camp-Ff" to the public. This book outlined his hatred of non-gingers and how them and Jews were ruining the economy. He described gingers as "the chosen race" and all others as sub-human. As his political party, Gingers for Justice, became the leading party in World superpower Gingerny. Secretly annihilating all opposition with their superweapons, Gingers For Justice (GFJ) declared a state of emergency, thus giving them unwonted power over the country. It was about this time Hilter decided to grow a fashionable yet neat moustache. 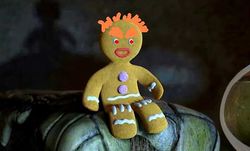 To bump off his rivals the following pro-ginger methods were used:

In this state of emergency the dreaded ginger afrolizer was unleashed on the world. Taking nearby countries through blitzkrieg warfare and the distraction of cuddly ponies. England decided enough was enough and joined the war when Hilter defied surrender clause B, section II of the War rules:

Their efforts didn't do much though as the Ginger's were now too powerful and most of Britain's troops were stuck in a signal failure at Paddington. Expanding Rudolph was now the most powerful man in the world.

The Ginger's had captured nearly all of Europe and had almost taken over Russia when Summer came. Foolishly not taking sun cream to the battlefield the Gingers began to burn up in the hot muscovite sun. The gingers sustaining serious casualties from their lack of tanning ability and were forced to retreat. The Russians spurred on by their newly-released brand of fluffy hats chased the Gingers back to Gingerny massacring any slow fatigued gingers that fell behind with rusty chainsaws. It was around this time America decided to join in as Gingerny's defeat was imminent and they liked the idea of the for-the-most-part unearned glory.

Hilter wasn't worried about this however. He had a neat fashionable yet slightly camp moustache and the world was his oyster. Within a week he predicted he'd be world leader and could finally start bossing around the multi-billionaire tooth fairy.

This was of course his thought just before his sergeants informed him of the battlefield situation. They informed him he had about an hour before the disgruntled outside world would get to his nuclear bunker, capture him, ridicule him, kill him and use his corpse as a prop at Live 8. Drawing on his skills of quick thinking he killed his two sergeants and on one of them he put a nametag saying "I am Rudolph Hilter" in barley legible writing. The other sergeant was moved so his hand was touching the others crotch.

Hilter then quickly dipped into the office party supplies despite protests from Mrs Pennywinkle the janitor. Wearing a fake pair of novelty antlers and an old red nose from last year's red nose day he spun a sob story to the arriving armies that he was an unwanted but redeemed reindeer; the story involved the legendary santa and portrayed the other reindeer as fickle bullies.

Gingers were finally forced back into their basements and manholes. The missing Jew population had been found hiding, Sly devils. Under the guise of Rudolph the red-nose reindeer Hilter has had many television specials and songs about him. These often peak in mid-winter when gingers are safest from heatstroke. His regime, though finished has spawned underground copy-cat groups centered in the north pole. Their rowdy behavior and fruitless scheming has lead the government to make a hole in the ozone layer above the north pole. The added solar radiation killed off all the plotters. Hilter however retains his status as an international reindeer celebrity.

This article is offensive to Jews, Germany, America, young children, chihuahuas, Britain, that inside part of a rubber hose that smells sort of like overcooked octopus but only if you really think about it, everyone in general and people who take offense easily. Oh yeah and gingers. Because of this it has been rated DWR (only suitable for distasteful war veterans) and should not have been read by anyone else. If you did read it and you're not a DWR don't worry, take a knife and cut out your recent memories. That should do the trick.