Hydrocephalus, also known as "big fat head syndrome," is a condition in which water fills the skull cavity and expands it, so that it resembles a helium balloon or a grey alien head. Sufferers of hydrocephaly often lose balance as their brains swim in an over-expanding thick liquid, causing them to weave and bob like bobble-head dolls. These most unfortunate sufferers commonly believe they have developed super-powers of brilliance and suavity, as their heads continue to swell. 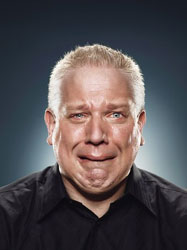 Glenn Beck reacts to his diagnosis. 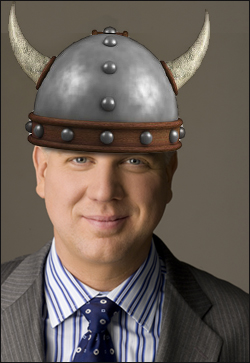 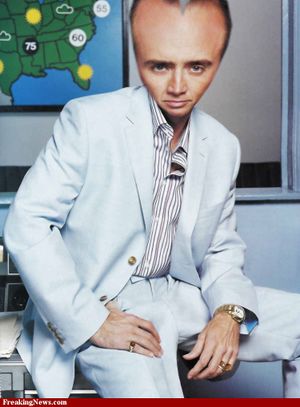 Nicholas Cage during the height of his illness. 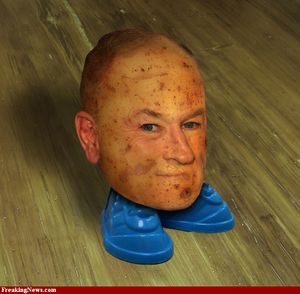 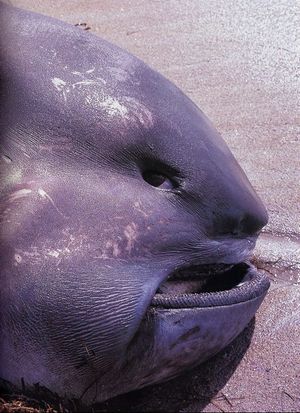 The Megamouthhead Fish, Believed to be the carrier of hydrocephaly. 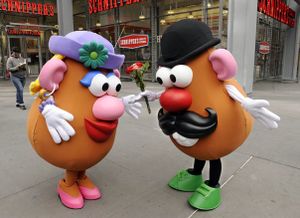 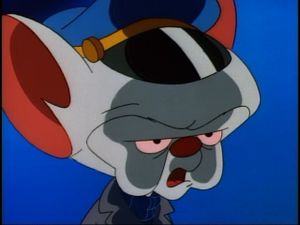 "The Brain" from popular animated series, educates public about hydrocephaly.

A rally was held August 28, 2011, to raise funds to keep Mr.Beck's brain from exploding. 300,000 supporters came to offer sympathy and to make donations. Of course, due to his condition, Mr.Beck stated he believed the number present to be at least half a million.

Denial is a common feature of this illness. In Sarah Palin's speech, she lauded Mr. Beck's courage to bring traditional values back to America. She and other presenters couldn't bear to break his heart by shattering his denial about the true reason for the rally.

Nicolas Cage (born Nicolas Kim Coppola; January 7, 1964) renamed himself after realizing he would always be caged within his swelling brain. At the height of his illness, Nick was only able to take voice roles for the movies G-Force and Astroboy. Following successful treatment, Cage has been able to return to making Hollywood movies.

After Bill O'Reilly gained the courage to speak about his condition on the air, a host of mean-spirited depictions of his condition appeared on the internet. One of these depictions, Bill O'Reilly as Mr.Potatohead, is pictured here. Not only has he been assaulted due to disability, but these pictures assault his political stance and Irish heritage. Hydrocephaly is a very serious condition. Babies die from it and treatments for it often cause lasting brain damage. In response, O'Reilly's family has set up the Irish Republican Institute for Serious Hydrocephaly (IRISH) to foster education and compassion for sufferers.

Hydrocephaly is believed to be carried by a fish, the Megamouthhead fish, pictured on this page. It is believed that sufferers have had contact with this fish by visiting unsanitary sushi bars or by swimming in the ocean off the coast of France, nearby where a Hydrocephalus Colony of intellectuals is located. Please take precautions any time you consume an unknown fish product or swim in the waters of a country with an intellectual reputation.

Symptoms and Course of Illness[edit]

Phase I: Early symptoms usually include a "swimming sensation" in one's head, followed by headache. Family members often report the patient bobbing and swaying as if drunk.

Phase II: It becomes difficult at this stage to lift one's head off the pillow in the morning. Two hands must be used as the trunk is used to jerk in an upward direction. Most sufferers will contact their physician at this stage.

Phase III: Symptoms of meglomania and brain damage become evident. The desire to pontificate before large crowds often becomes overwhelming. "Look," Nicholas Cage was once reported to say, "My brain has gotten so big. I must be a genius by now!"

Phase IV: In final stages, neck braces must be employed to support the weight of the head. The desire to talk incessantly, with great pomposity, grows to the degree that the sufferer will need to be kept in a sound-proof room, often provided with a faux video camera and microphone to preserve the illusion of broadcasting that is necessary to maintain dignity.

In Remission: When Hydrocephaly is in remission, relief is experienced as having a brain approaching normal proportions. Recovering hydrocephalists should take care to consume enough salt to keep their condition from recurring. Stress-reduction techniques should be employed at any time that life becomes less than peaceful. Many gulf coast resorts have recently opened their doors as convalescent centers.

Certain medications have been developed to absorb excess brain liquid. Cerebral Immodium Sulfate is a common remedy, available over-the-counter. However, this treatment only works with mild cases of hydrocephaly. Moderate and severe cases require scientifically condensed salt capsules. These are available only with prescription, due to sodium levels reaching 25x the RDA limit. Popular brandnames include Saltex and Mortonz. Due to risk of heart attack and stroke, surgery remains the treatment of choice.

Due to the mind-body connection of this illness, every effort should be used to avoid stress, as it might trigger an episode or excaberation of brain cavity girth. Psychotherapy normally applied to Narcissistic Personality Disorder is recommended, but with caveats. Too much confrontation may result, paradoxically, in rapid cerebral expansion, which could necessitate emergency hospitalization.

The most common treatment for hydrocephaly is surgical. Shunts drain the fluid into the peritoneal cavity (ventriculo-peritoneal shunt), where excess liquid is collected and later siphoned out with a vacuum. If not placed properly, these shunts may lead to further brain damage, yet they are the only proven option to reduce brain swelling.

Shunning traditional treatment, many people visit acupuncturists to have the brain fluid "popped" with heated needles. Insurance does not commonly cover this procedure.

As has been long known among aging flower children, the soothing scents of flowers have healing properties. Most recommended are the narcissus and the crysanthemum.

Pinky and the Brain

Pinky and the Brain is an animated series made popular by those in the Hydrocephaly Community, because of the deft way the series explains their condition. Like them, the character, Brain, struggles daily to take over the world.

Although usually used against hydrocephalus sufferers to show bigoted derision, children with hydrocephaly are often comforted by playing with dolls that resemble themselves. It has been reported that Glenn Beck often toys with his Mr.Potatohead toy to prepare himself for his evening show.

Harvard University has pioneered many successful research projects to find a cure for hydrocephaly. Due to the large percentage of Harvard students and faculty affected with this condition, the university realized the urgency of a need for cure. For more information about how you can participate in research, email bigheadcure@harvard.edu.

In addition to the O'Reilly family's groundbreaking IRISH Foundation, many activists are hitting the streets to educate the public about hydrocephaly. They are often seen selling smiley-faced balloons at bus and train stations, handing out literature and asking for donations to send to the research center based at Harvard.