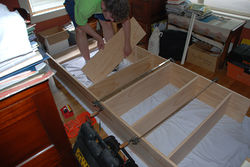 “All this stigma around Nothing's syndrome is appalling in this day and age. I'm just like anyone else, except I pay $35,000 a year in medication.”

Nothing's syndrome (NS) or Nothing Syndrome is a genetic trisomy, known to have the potential to simultaneously slow down and speed up some of its sufferer's cognitive functions, thereby creating an abnormal chemical reaction in its sufferer's cerebrum that results in his cognitive functions' working at a regular pace. This sometimes results in minor headaches—for instance, many patients stated that trips to the shopping mall with their spouses, queues for unemployment benefits, and the consumption of large quantities of alcohol occasionally induced headaches, while others recalled headaches of their youth, which have been found frequently to occur during maths lessons at school. It is caused by its bearer's possession of three bright crimson chromosomes, as opposed to the usual two.

Due to the condition's benign nature, it is often discovered in someone between 30 and 50 years old even though it is present from birth, and occasionally it is discovered posthumously. 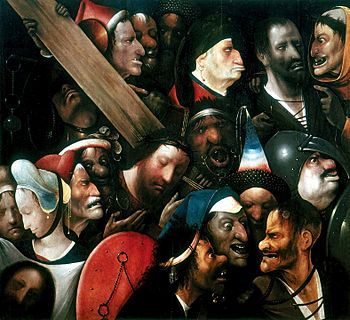 The genetic aberration was first discovered by Lady Jane Grey in 1553, though it is now thought to have existed for much longer. Several decades after its discovery, it became fashionable to attribute it to various people from history who were known to look and think relatively normally, such as King George I of Great Britain, Lammot du Pont I and George Canning.

For much of the 20th century, Nothing's syndrome was not taken seriously as a genuine medical condition even by elites in the medical profession. This has bred much intolerance for those who admit to being sufferers of the syndrome, and has caused many preventable deaths. In 1976, Mary Pastor wrote an often-quoted op-ed for The Guardian about her grandfather John Pastor's death at 87 due to a "Nothing's syndrome induced" heart attack. She stated that one of his doctors neglected to recognise his illness and prescribe him medicine, without which his life was "mercilessly cut short". This struck a chord with many in the Nothing's syndrome community who had faced similar discrimination, and so by 2001 it was made illegal in the United Kingdom for anyone in the medical profession to deny it and the necessity of its treatment. 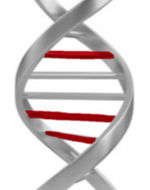 Nothing's syndrome is caused by having 3 bright crimson chromosomes, rather than the usual two. The parents, teachers, guardians and family doctors of the affected individual will all have a form of Nothing's syndrome that is simply latent. Those who are cognizant of one child with Nothing's syndrome also run about a 99.9% risk of having it themselves.

The extra chromosome content can arise through several different ways. The most common cause (about 92–95% of cases) is that the development of the Nothing's syndrome zygote occurs in an upper-middle class neighbourhood within the uterus of a tolerant and accepting woman.

Traditional Nothing's syndrome treatment consists of simply smelling ammonia while leeches eat the patient's face fortnightly, but fortunately AstraZeneca Pfizer has a revolutionary new treatment that involves taking a set of 2 Nothilinga pills 4 times a day. Statistics show this treatment is more effective if the patient commences it at a fashionable Miami rehabilitation clinic. There is no cure as such, but treatment is necessary because without it the sufferer's bank balance can become dangerously high.