For those without comedic tastes, the so-called experts at Wikipedia have an article about Uterus.

The Uterus is a species of agnathan fish of the class pteraspidomorphi. It is a parasite of women that feed on semen and flowers. It resides in the fluid of the coelom, near the vagina.

They have 2 life stages

The larvae are tiny, thin, pale-green, worm-like creatures. There isn't much more to say. 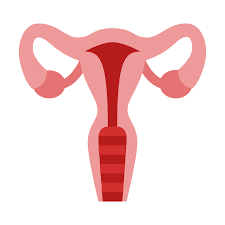 The lifecycle begins when the newly hatched larvae crawl onto cakes, biscuits, and other sweet treats. When they are eaten by a pregnant woman, they make their way to the stomach, and chew into the baby through the crotch. They then form white, scaly cocoons for 12-13 years, while they mature. They then emerge, and start thrashing about and causing random health issues. They also tend to get parasites in abundance at some time of the month. They often bite themselve trying to remove them. This causes bleeding and lots of thrashing, causing stress and cramps. Once the women dies, the uterus swim away, into the rivers, and become male or female. At the end of the year, all adult uterii that have left their home engage in a vorgy, where the males are eaten, and the females crawl onto land, and lay their eggs on plants and other stuff. The females that miss the vorgy become uterus tentacles