For those without comedic tastes, the so-called experts at Wikipedia have an article about Gazebo.

The Gazebo is a fearsome creature of legend, fought by Beowulf in his self-titled epic poem:

"And Beowulf walked into the garden, and he beheld the Gazebo. The Gazebo did not falter. Beowulf drew his bow taut and fired upon the beast, but it caused no reaction. Fear crept into Beowulf's heart as he fired again ..." 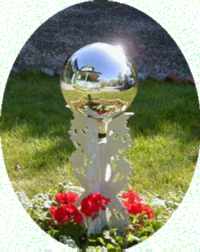 A Gazebo Egg on its pedestal. Its mother can be seen in the reflection.

Gazebos are very large creatures, some growing as large as small houses. Gazebos start their lives as eggs, or 'gazeballs'. These eggs are very shiny and perfectly round, and are placed atop small pedestals in the middle of their native yard. Shortly after hatching, the young gazebo, also called a Trellis, covers itself in plant material as camouflage, while living off of small animals such as puppies and kittens that wander too close. Gazebos reach maturity at around 3 years. Young adults are typically only 3 meters high, with a diameter of 4 meters. Some gazebos, however, can grow up to 5 meters high and 10 meters in diameter. One species, the Emperor Gazebo, can grow to an incredible 50 meters in height.

The Gazebo goes through 5 basic stages of development. 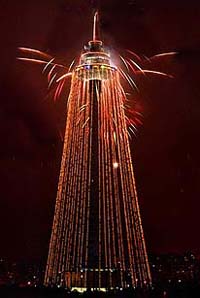 The much feared Emperor Gazebo in all its glory.

The Gazebo lives in small parks or in large private lawns. It is believed that the creatures feed on small children found in these areas. Gazebos are capable of remaining still for days and weeks at a time, waiting for their prey to wander into range. When a potential meal gets near, the gazebo lashes out violently. Gazebos that live in parks have been known to save their food, storing it in metal cages, known as monkey bars. Alice in Chains were famously known for using Gazebos in their live shows, along with young girls bound and gagged.

Due to the untamed ferocity of the beasts, it is recommended that you avoid confrontation with Gazebos if at all possible. However, in some circumstances, a confrontation cannot be prevented. Gazebos predate with extreme disregard for their own well-being, only surrendering its prey upon the gazebo's own death. Thus, any exchange with a gazebo is a fight to the death. With that in mind, the only reliable means destroying one is to light it on fire. Preferably, this fire should be produced by a flame-emitting device such as a flamethrower or a battlemage. Striking the creature with Crossbow Bolts of Slaying or Hackmaster +12s produce very little effect, and, while it is theoretically possible to kill a gazebo this way, the number of strikes required is enormous. By such time, the creature will have killed the would-be gazebo-slayer. A somewhat more preferable way would be to telefrag it, though. Also, it is important to note if you get into a confrontation with a Gazebo, you will be in a one-on-one duel. Gazebos have special ways of making sure that they single out one person as its prey. No one can help you. You must face the Gazebo alone.

Studies into useful applications of gazebos have yielded little results. Recognizing that man turns more and more to nature for further sources of medicine and innovation, the conglomerate known as Home Depot has initiated a domesticated gazebo farming program. The program has, as yet, failed to bear useful fruit, despite a number of dead end avenues of research. Gazebo shavings were found to have half the sodium of traditional bacon bits, yet twice the cholesterol and itchiness. In the 1990’s a resin was boiled and distilled from gazebo genitalia then put into aerosol cans and marketed as “spray on hair”, but the idea generated little revenue. The only profitable use found thus far has been selling pulverized gazebo eggs to elementary schools for arts and crafts. It is doubtful, however, that this will become a widespread enterprise because of the ferocious protectiveness of the adult gazebos.

The Gazebo has few known natural enemies. Among them are:

While the gazebo preys mostly upon small creatures, it has also been known to eat some varieties of plant. Below is a list of things the gazebo may prey upon.