“I wonder if a grue is scarier than a basilica.”

~ The one and only Grue on The Previous statement

~ Oscar Wilde on The Grue

Basilica are a group of almost extinct reptile species, best known from St. Peter's Basilica or Godzilla (Basilica halitosisia). Although they are powerful, Basilicas are still 150 years too young to even examine a Grue, but they are still scary. First described basilica was the St. Peters by <gasp> St. Peter.

Basilicas have the following abillities, which makes them different from grues and yeti: 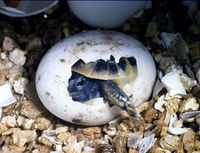 Like most reptiles and grues, basilicas are born from eggs. Then, they are Level 1 noobs. They have about 1 month to evolve to Level 10 and create a breath attack or nobody will care about them.
After 2 months of levelling, farming and killing frogs, basilici are big enough to eat Arnold Schwarzenegger, or even <insert name here>. An other month of powerlevelling make a basilica strong enough to being hired to some dirty job (like they did in Harry Potter). Basilica can be localised, as in Hogwarts, but because nobody cared about the one there, it became angry, and almost huffed Ginny.

Weapons that are effective against Basilici[edit]

For those without comedic tastes, the self-proclaimed experts at Wikipedia have an article about Basilica.