From Uncyclopedia, the content-free encyclopedia
Jump to navigation Jump to search
“We do chicken 2 right, too.” 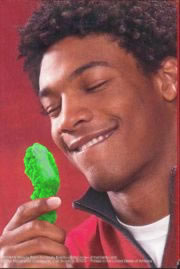 The taste of traditional chicken came to lose favor to its new counterpart even among its keenest fans.

After an unprecedented multi-thousand year run as a worldwide mealtime favorite, humanity ultimately became bored with the taste of chicken. The demand for chicken meat significantly dropped around 2015, up until the point where supermarkets and butchers refused to sell it due to extremely low sales. Surveys taken within key markets revealed that more than 78% of the African American community “ain’t wit it yo”, while the majority of former chicken-friendly cultures in India “would rather compromise (their) religion by partaking of a juicy slab of the sacred bovine” than dine upon chicken meat. In response to the dismal economic situation, thousands of chickens (and unexplainably, their farmers as well) were slaughtered in order to “save money”. It was not until February 2018 that some bright spark proposed the key to avoiding total catastrophe: Genetically modify chickens and give them a new and “xtreme” taste appealing to the masses that mindlessly purchase anything labeled “xtreme”.

The Invention of the Chicken 2[edit]

A scientific drawing of the prototype Chicken 2, which was blue and tasted a bit like blueberries.

A scientific drawing of the final Chicken 2.

The genetic modification of millions of chickens en masse was completed using the trustworthy and infallible method of trial and error. The first set of genetically modified chickens had blue feathers and tasted similar to blueberry Laffy Taffy, causing engineers to scrap it as a failure when it was deemed that most consumers would opt for actual Laffy Taffy, which was less expensive and featured cutting-edge humor on the wrapper. The next set had seven legs, two heads and tasted like chili, which was just too scary and furthermore gave everyone gas. Batch number three had the appearance of African mandrills with bird beaks, but these were also turned down when taste tests garnered the unanimous response of “It tastes like chicken”. After many more attempts at producing a new and interesting tasting chickens, some of which produced chickens that were over 100 metres tall and breathed fire, the scientists finally hit the nail on the head. The final approved set of genetically modified chickens had a mostly familiar appearance, but with green feathers and flesh and only one leg. Their taste was described as being “all of the good tasting apects of beef, pork, turkey, ham, chocolate and ice-cream combined into a single food, without the tastes clashing with each other” and as “sweet, sour, bitter and savoury all at the same time”. These chickens were given the unimaginative name of “Chicken 2s”. People in all regions of the world heralded the new flavor as the great new taste sensation of the century, excluding the largely displeased Japanese, who were told to “just shut up” and subsequently nuked again for their inconformity.

Chicken 2 spread through the market like wildfire in a forest of gasoline trees. Less than one week after the invention of chicken 2, it became the highest selling meat at all butchers and supermarkets, ousting even erotic baloney shaped like double-D size breasts. Customers were charged from 40 US dollars per pound for the lowest quality chicken 2 and up to 50 000 US dollars per pound for Wagyu chicken 2. However, most people quickly became addicted to chicken 2 and no protest was observed over the exorbitant price. In a matter of weeks, companies producing chicken and chicken flavoured products made the changeover to chicken 2, famously resulting in Kentucky Fried Chicken’s runaway hit menu of Xtra Crispy Chicken 2 Xtreme Family Pleasers. 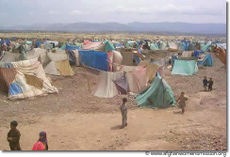 After a mere 10 years into "the Great Chicken 2 Depression" Midtown Manhattan USA was reduced to a shadow of its former grandeur.

The stock market boom caused by the huge amount of chicken 2 that was being purchased in 2020 was soon followed by a worldwide depression. This depression was attributed to the fact that over 90% of the world’s workforce had decided to quit their jobs, instead preferring to stay at home all day and eat chicken 2. All scientists investigating the addictive properties of chicken 2 were summarily swayed into discontinuing their investigation for a scrumptiously seasoned wing dangled before their faces. Soon the world’s leaders realized that something had to be done to combat the current depression. This was the infamous “Chicken 2 Rationing System”, which only allowed people to buy a quarter of a pound of chicken 2 per day. Thanks to the rationing system, the depression was put to a quick end in 2099, after just 79 years of wholesale misery alleviated only by the delectable morsel of chicken 2.

Once the depression was over, the only issue the world’s leaders had to focus on was the massive overpopulation of 100 metre tall fire breathing chickens.

By the mid-31st Century the original non-genetically mutated chicken made a quiet comeback among some epicureans who would pay extravagant amounts for a taste of circa 2000 fashioned chicken meat. Black market chicken is now supplied primarily by the third world nation of the United States of America, and is in many cases not genuine chicken, but rather genetically un-manipulated chicken 2. Presently the general population, to whom non-chicken 2 chicken is now no more than a page in cuisine history books, have come to use the faux paradoxical phrase “Which came first, the chicken or the chicken 2?”.

After the fall of chicken 2, scientists looked for a cheap way to develop chicken 3. After years and years of deliberation, the scientists narrowed it to two inventions. One submission was by an African American, MC Mammer EeGlanz. His chicken 3 invention was himself in which he would give himself to all people in the world, including communists and agoraphobic librarians. Unfortunately, China declined the offer simply saying:

“We can live without this kind of meat. We have plenty of kittens and toddlers.”

~ A Chinese Pokemon Expert on chicken 3

The scientists realized that kittens and toddlers were definitely overpopulated and consumption would result in eternal balance, or equilibrium. The second submission was from a random interweb user, xXoxX6969Chikn_H4XxoXx, on the popular online forums, The Square Root of Stupid Forums. He/she/it claimed that using these 100 meter tall fire breathing chickens as a recipe for chicken 3 was the key. The scientists announced this as the winning submission and demanded the recipe within 14 minutes. The random interweb user quickly jotted down these exact words:

Preheat oven to any temperature except 13 kelvins (ideal mating temperature for chicken sperm is 13 kelvins; if using female chicken, chicken 2, or 100 meter tall fire breathing chicken, chicken pr0n may occur). Add all ingredients into pot except paper. Let scientists read paper and make sure all ingredients are in pot. Shrug shoulders and add paper. Mix ingredients with dropped ladle and laugh hysterically. Put pot in oven and cook for 8 hours. Retrieve pot from oven and serve. Serves 20.

Since this contest, chicken 3 has grown in popularity but not to the extent chicken 2 did in 2020. Many believe that the pure genius in this recipe will generate success answering the question, “Which came first, the chicken or the chicken 2?” Obviously, chicken 3 came last.