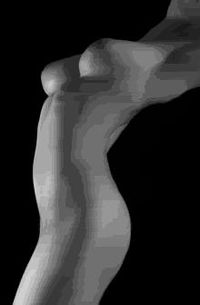 “Despite the misspelling of ‘chicks,’” Bertha E. Masculator told Unnews’ reporter, Lotta Lies, “’chix’ is obviously a reference to ‘chicks,’ the demeaning, degrading, disgusting male-sexist-pig’s slang term for women, and ‘stix’ is just as obviously a euphemism for the male-sexist-pig penis, so the food item Chix on Stix is a not-so-covert description of the male-sexist-pig’s penile invasion of women that pervades and perverts American society, offering as it does, an unnatural alternative to lesbian intimacy.” After pausing for a quick breath, she added, “Chix sucks.”

“The only thing sexist about Chix on Stix,” KFC spokesman Sid Sydney said, “is Ms. E. Masculator’s interpretation of the food item.” He suggested that her take of the new menu entrée “reflects her own attitudes about women as food,” adding, “she probably thinks they taste like chicken.”

The chicken is cut into headless hourglass shapes with globular “appendages” that resemble a “woman’s torso, complete with breasts, but minus arms, legs, and head,” E. Masculator insisted, “and show how little regard men have for women, other than as sex objects.”

“Again, her statement is more about her than it is about Chix on Stix,” Sydney claimed. “This woman obviously has sex and women--or sex with women--on her mind.” 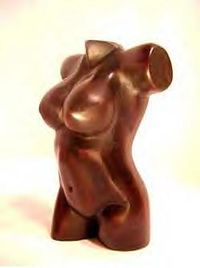 E. Masculator was “outraged” at Sydney’s comment, she said. “My sexual orientation has nothing to do with the matter of whether or not Chix on Stix is a tasteful product to be offering for pubic--I mean public--consumption.”

According to industry analysts, Chix on Stix may have less to do with a repressive and sexist patriarchy than to do with KFC’s declining fast food market shares in the wake of the restaurant chain’s decision to remove cholesterol coleslaw, saturated fat, and trans fat oil from its bill of fare. “As a result of our research, we decided the use of body fat and oil from transsexuals’ liposuctions didn’t really enhance the quality or taste of our breasts, anyway,” Sydney said, explaining the reason that KFC decided to delete these ingredients, “so using the same materials from real women seemed unnecessary.”

“See?” E. Masculator cried. “I told you Chix on Stix is about women!”

Sydney disputed E. Masculator’s latest allegation. “She should quit her squawking, Transsexuals have nothing to do with women, any more than Chix on Stix has anything to do with chicken, being concocted, as it is, of soy paste, reprocessed bean curd, and things I’d rather not discuss in the presence of women and children.”

According to KFC chemists, the “nutrients” in Chix on Stix should “not be taken internally” without first consulting one’s physician.