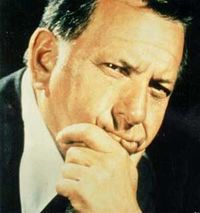 Would you believe... I suffer from Tapheselachophobia!

Tapheselachophobia, or the irrational fear of being buried alive with a shark, is one of the more common phobias diagnosed. The fear has to be so intense as to interrupt daily functioning to be considered a disease. Perplexing psychologists for years, this phobia is nearly untreatable.

Unlike Contreltotapheselachophobia, or the fear of being sexually molested by a shark while being buried alive with it, Tapheselachophobia is much more mysterious. Several theories have arisen as to why this particular nexus of archetypes have coincided so often in the clinical literature.

After having treated several patients with Deipnoselachophobia, the fear of having dinner conversations with a shark, Sigmund Freud concluded that most people with social phobia gravitated away from emotionless water-bound killing machines.

Freud showed that people afraid of sharks also had a strange fear of being buried alive. When Freud ran experiments on some chosen subjects of a shark-being-buried-alive nature, he found that the subjects showed a very high level of trepidation.

In the 1950's, behaviorist John Watson conducted Tapheselachophobia experiments on several young monkeys that he "obtained" "illegally" "from the petting zoo". Here is an excerpt from Mr. Watson's scientific journal: 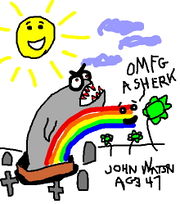 Mr. Watson's behavioral studies culminated in a simple forty step system designed to help sufferers of Tapheselachophobia and Taphephasmoavioselachohadephobia (being buried alive with flying ghost sharks from fucking Hell). The key to understanding how to treat the disease was knowing why it was scary in the first place.

After interviewing a few subjects suffering from Tapheselachomania, or people obsessed with burying other people alive with sharks (not to be confused with Taphephasmoavioselachohademania), we can see why someone might be afraid of this practice, if they are not armed with the right knowledge. Through the centuries, and millenia, man has had a primal fear of being in a dark place with a wild animal with no chance of escape. Prehistoric cavemen have, since the dawn of time... cave paintings, since the dawn of time... very scared... famine of 1812, since the dawn of time... Michael Phelps.

Being eaten alive in a dark place

Dark places are known to hide things that can eat you, and even though no scientific studies have been done,... since the dawn of man... darkness surrounding me... WHAT WAS THAT??... Michael Phelps.

Being buried alive in a dark place

Behaviorism deals with phobias using a method known as "gradual desensitization". This method is also used for rarer phobias such as Agoraphobia (fear of open spaces), Arachnophobia (fear of spiders), and Extreme Japanophobia (Fear of Japanese culture). Watson and B. F. Skinner suggest the following steps to specifically curing Tapheselachophobia.

Although treatment for Tapheselachophobia is very difficult to perform, it is ALSO never useful at all. Current research shows that 100% of Americans (and Nigerians, for some reason) are afraid of being buried alive with a shark. The Discovery Channel is working hard to expose people to as much shark footage as possible to help ease this terrible affliction into national awareness.

There are, as of now, no articles about Tapheselachophobia on any wiki worth reading.