An infinite number of monkeys with typewriters 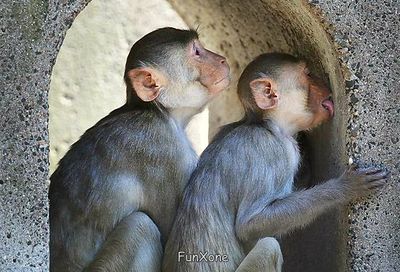 These monkeys do not want to type. They want to lick the wall.

Infinity is not a number, but a concept. This means there is no possible way to have an infinite number of anything, let alone animals of a particular species. Despite this fact, if one were to be given an infinite number of monkeys with typewriters, and notwithstanding the obvious infinite patience required, some finite number of those monkeys will actually (not metaphorically or figuratively) type, word-for-word, the complete works of William Shakespeare.

This statement is true.[1] Perhaps it seems outlandish, but this is the purpose of the thought experiment - to help the reader conceptualize infinity. It absolutely will happen.

Now, while this is a thought experiment intended to describe the reality of the concept of infinity, the truth of the statement has implications beyond simplistic mathematical and philosophical thought. In order to understand this esoteric notion in more depth, the real result set of the experiment must be examined in greater fullness, beyond the successful completion of the works of the illustrious bard. Indeed, what is missing from this thought experiment is the other things the infinite number of monkeys will do, all of varying degrees of lesser, equal or greater importance than the faithful reproduction of the bard's plays, poems and sonnets.

Failed completion of the Works 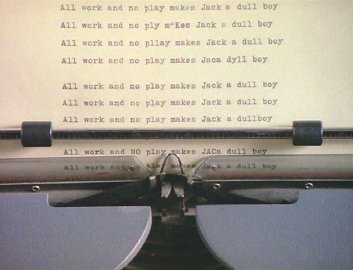 Many monkeys will successfully type the same phrase an infinite number of times. Many will fail at this, however, and commit a few typos. 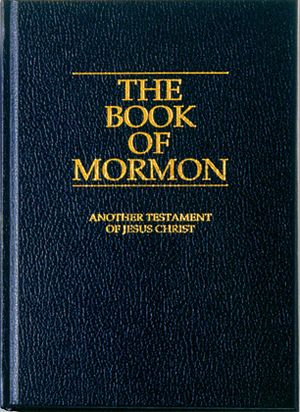 It should be noted that there are some things that are just simply too outlandish to suppose that there would be any possibility at all that the infinite monkeys will come up with them.

By far the most important omission from the traditional description of this experiment is the astronomical amount of failed or incomplete re-renderings of the Works. Some unfathomable number of monkeys, for instance, will neglect to type out Sonnet 96, in which ironically the bard celebrates his love's errors and imperfections as integral to her[2] grace. In fact, this condition will occur in numbers perhaps millions of orders of magnitude greater than the number that do not fail.

Still many many other monkeys will type an errant "q" in Sonnet number 96, perhaps rendering "How many gazers mightst thou lead away" as the decidedly non-Shakespearean "How many qazers mightst thou lead away". This admittedly may not fundamentally negate the claim to success, as it would only be a typo, but it does cause the reader some consternation about whether the word should have been "quasars", thus calling into question the authenticity of bard's authorship of the sonnet, given that it is unlikely that he knew the word "quasar" and what it meant.

There is also the unavoidable factor that a massive amount of the monkeys will, when typing Hamlet's famous soliloquy, opt for "...and enterprises of great pitch and moment, with this regard, their currents turn awry...". While this rendering is often found in non-infinite-monkey publishings of the great tragedy, most scholars agree that the word "pith" is the correct original term in the line, while reserving comment about whether Shakespeare himself committed a "typo"[3] in this place that publishers and infinite monkeys may or may not have the duty or right to correct.

Other accomplishments and failures

Moving away from the Shakespeare question, the thought experiment is woefully silent on the matter of the production of works by other great and perhaps not great scribes over the millennia of the history of human literary expression. Rest assured, some number of monkeys will produce all of these as well. They will also fail to. For instance, David Foster Wallace's epic tome Infinite Jest[4] will certainly be reproduced by the infinite monkey-finger pounding, but many of these copies will fail to reproduce some, most or even all of the book's copious footnotes. It remains important to be aware that no one should ever rely on any work produced by an infinite number of monkeys with typewriters for this reason. It is very difficult after all to be certain that one is in possession of one of the relatively few successful reproductions.

Besides reproducing literature, many other accomplishments, near-accomplishments, and failures must be considered as well. At least several monkeys, for instance, will successfully reproduce a fine recipe for pineapple upside-down cake, but many will fail to include proper baking instructions. Still other monkeys will reproduce Mein Kampf, The Wealth of Nations, and the screenplay for the 1968 musical film Chitty-Chitty-Bang-Bang, in succession, while many will neglect to include Adam Smith's admonition that the rich ought to contribute a greater percentage of the tax burden than the middle class and poor for a successful capitalist economy to thrive. Indeed, an infinite number of monkeys with typewriters, while certain to impress with their random successes, are not a reliable source of economic theory and its application.[5] Similarly, one should not hope to produce a cake, or a remake of a shallow but whimsical Dick Van Dyke musical, using infinite-monkey reproduced recipes and/or screenplays.

While some gigantic number of monkeys are busily pounding away at random toward the ultimate goal, realized or not, of finishing the works of Shakespeare and others, it should be noted that a very large number of them indeed, perhaps half of them[6], won't even bother typing anything at all, thinking perhaps it might be more fun to throw the typewriters around the room, cackling gleefully. Also, the more intelligent monkeys in the infinitely large experiment chamber likely will flat-out refuse to type on the typewriters, tacitly demanding by their passive-aggressive inaction that they at least be supplied with laptops running word processor software, perhaps Microsoft Word. These monkeys clearly will not even be typing "Now is the Winter of our discontent", let alone getting anywhere close to finishing the complete works.

In the context of infinity, the quantum possibilities of this experiment are all realities. This is the point. This is why the monkeys will be successful with Shakespeare, pith or pitch notwithstanding. Since there is an infinite number of quantum possibilities, we have a long way to go in our effort to discuss them all. In part 2 of this effort, we will be examining the monkey's successful reproductions of all of the horrifyingly awful things you wrote when you were a maladjusted teen-ager on the brink of suicide, living with the hell of your parents' ugly divorce. Many of these so-called "poems" you scrawled and sprinkled with your own blood from self-inflicted cuts will be reproduced correctly, but a large number of them - because of various random mistakes by the random monkey typing them - will make you look like you were a total dweeb, minimizing your pain. Stay tuned.

For those without comedic tastes, the so-called experts at Wikipedia have an article about an infinite number of monkeys with typewriters.

This article was one of the Uncyclopedia:Top 10 Articles of 2012

Featured Article  (read another featured article)
Featured version: 28 September 2012
This article has been featured on the front page. — You can nominate your favourite articles at Uncyclopedia:VFH.