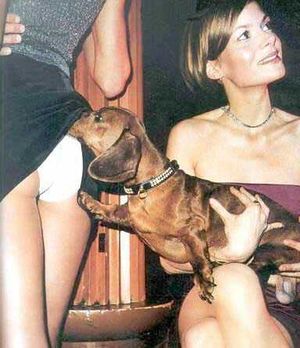 Not that kind of tail, dumbass!!
“Hey, my dog has one of those.”

~ Captain Obvious on his dog after reading this article

The tail is an arm growing out of the rear end of an animal's body; in general, the term refers to a distinct, flexible appendage to the torso. Tails are used for many different reasons, some good and some bad. There are all kinds of tails with different abilities such as flaming tails and useless flab of skin tails. About 90% of all animals have tails and only about 20% of humans have tails.

Tails come in many shapes and sizes, and provide many functions for animals. Most animals use their tails for balance, so without them they would constantly fall over. 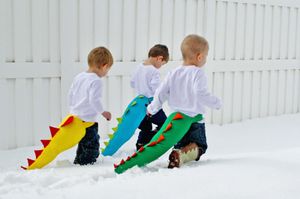 All children are born with tails.

For many animals, the tail is incredibly useful. Many dinosaurs were constantly preyed on by their natural predators and didn't have any means of defense (the gun wasn't invented yet). So eventually their tails developed spikes and clubs that can be used as weapons. The skunk has a bushy tail which contains a stinky gas it farts out for defense or when it gets hit by a car. Beavers are known for having flat tails, possibly because people kept running them over or stepping on them.

Some tails have tails just because they need them. Fish have tail fins, while whales, dolphins, and narwhals have tail flukes. These tails are mainly used to help the animals swim, though they are also good for slapping people in the face. Kangaroos have long muscular tails to help them jump and kick (You ever seen those nature documentaries where the kangaroos stand on their tails and kick other kangaroos?). Crikey!

Tails can also be used for food. Scorpions have tails with venomous stingers at the end. Any creature that gets stabbed by a scorpion's stinger will die and get eaten. Some animals have been known to bite and eat their own tails at times when food is scarce or for their own stupidity.

Some animals can do unique things with their tails to make themselves look cool. Geckos have the ability to cut off their tails and magically grow a new one. Some animals have the unique ability to fly by using their tails as propellers. Pigs have those curly tails for some weird reason - some scientists say they are most likely used to make mini-tornadoes to escape from farmers who want to butcher them. Some animals have prehensile (Pre-Hen-Sill) tails. This kind of tail can be used for grip. The spider monkey can use its prehensile tail as an extra hand at times of laziness and actually has three other secondary prehensile tails which double up as feet in a pinch, hence the inclusion of an arachnid derivative in its name. Possums have prehensile tails so they can hang upside-down (why do possums hang upside-down? Most scientists agree it's because they're Australian).

Last and least, there are really short, stubby tails with absolutely no purpose, though animals with these stubs have ways to make up for it. For instance, rabbits have very small tails that look more like freakin' cottonballs, but they make up for it in three ways: Their ridiculously long ears, their super cuteness powers, and their tendency to eat your soul. Ring-tailed lemurs have long ringed tails which males rub on their scent glands on their wrists to attract females they like.

Why humans don't have tails[edit]

Humans have wondered for years why THEY don't have tails like animals. Now, here's the answer. Science has shown a number of theories of how animals lost their tails and evolved into humans.

It has been said that humans evolved from monkeys. This was probably because they were drunk.

Recent studies now show that humans may have evolved from mermaids. Mermaids were notorious for slapping scuba divers in the face with their fish tails. As a result, some mermaids evolved into humans when their tails turned into legs. Others grew white fur and became seals. Early human females were known to infatuate males by brushing their big bushy tails in their faces. Today human females no longer have big bushy tails, but a slap in the ass works just as well. Others were extremely fat animals who were too lazy to use their tails and/or squashed them upon sitting down. Those animals evolved to become Fat People.

Today, humans with tails are very rare, most of them are young kids. At an older age, the girls lose their tails, causing their butts to grow round and sexy as a result. Boys keep their tails until an evolutionary change which causes the tails to turn into dicks. 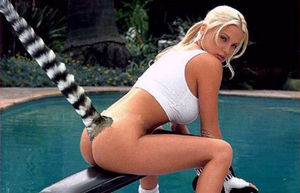