The male ring-tailed lemur (left) waves his tail at the female he has a crush on (right).

The ring-tailed lemur (Lemur catta) is a large strepsirrhine primate and the most recognized lemur due to its long, black and white ringed fluffy tail. It belongs to Lemuridae. It is omnivorous and the most terrestrial of extant lemurs. The animal is diurnal, being active exclusively in daylight hours.

They live in groups of up to 30 individuals, the females are in charge, which means there is no fucking retarded patriarchy (That’s a good thing).

Fun Fact: They are one of the most vocal primates.

Another Fun Fact: They all come from Madagascar.

Also, male ring-tailed lemurs have scent glands on their wrists, which they rub on their fluffy tails and then shake their tails at females they like. This is known as stink flirting (not to confuse with sexual harassment, which is the human version). Ring-tailed lemur societies differ a whole fucking lot from humans’. Humans have made many useless inventions like: school, plastic, unfair laws, fortnite, homework, values, porn, etc. Most human societies are patriarchal, while ALL ring-tailed lemur societies are matriarchal (again, that’s a good thing). Like, many other animals, ring-tailed lemurs’ lives are based on surviving, eating, and mating (and sometimes getting high on millipede venom), while humans’ lives are based on education, self-discipline, money, and careers. 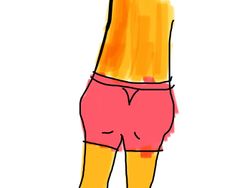 Unlike ring-tailed lemurs, humans don’t even have tails.

ALL ring-tailed lemurs could agree that humans are assholes.