From Uncyclopedia, the content-free encyclopedia
(Redirected from Patriarchy)
Jump to navigation Jump to search 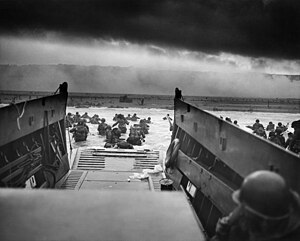 Patriarchal hegemony is a key part of the wholly imaginary worldwide conspiracy against women. This fictional force, of which approximately 50% of the world's population are allegedly members (some deranged sources report as high as 133%) would seek to deny womyn their most basic and fundamental rights, if it existed, which they don't.

Through various publicity stunts, like burning brassieres and chaining themselves to fences, feminists have slowly eroded men's rights to the point where they are barely able to make jokes about women at all, existing merely as servants to the womyn's every whim.

Patriarchal Hegemony is living in every person who believes that women haven't been subjected to years of struggle by the hand of men, for the gain of men, since people could conceive of ideas like "Do I want to have sex with this?" That's pretty much where it started.

Men wanting to bone women and realized they didn't want to bone them for a number reasons consisting but not limited to: financial instability, smoking too much marijuana, stupidity, and lack of transportation. After man realized that they were physically stronger they decided that it might be better just to abuse women into submission.

Then after the Bible was created to criticize them for being so brutish when they could enslave women through other means such as indoctrination by religion and politics and refusing women from gaining access to positions of power for hundreds of years. Unfortunately for men, women found clever ways to become educated and continue to deny men access to procreation. It came to the point where women could then hold political office and vote all the dick-wads that pranked them for hundreds of years out of office. Then women started their plans for revenge and world domination so that Universities are now comprised of mostly women and men will be forced out of dominant society and become stay at home dads to suck on the bitter teat of marginalized society as women progress and make all new significant discoveries.

According to feminists, many members of the hegemony believe that their work is done, and men and women occupy the places that they should in modern society. However, some crazy extremist hegemonists believe that they must keep working past this point, for some reason known only to them. Among their stated aims are:

Clearly allowing women to come back to work at the same time as men, when the women could be forced to spend time with their newborn family is ridiculous. They should be forced to take much longer paid holiday than men.

Men should be expected to wear shirt and tie, as is proper. We can't let women get away with having to obey the dress code, so they should be made to follow less rigorous guidelines. It's only fair.

Men have fortunately improved Uncyclopedia pages to poke light-hearted fun at "womyn". Unfortunately, feminists often delete this humor to insert propaganda, and commit other acts of unfunniness in the name of their so-called "equality".

YAwn....any woman who stands up for herself must be a man hating "womyn loving" feminist. Listen to yourself - you're pathetic!

"They suck. Well, actually they don't suck, which is what sucks about them"