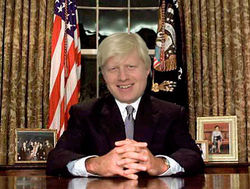 For those without comedic tastes, the so-called experts at Wikipedia have an article about Male privilege.
“I feel very privileged, indeed, sometimes several times a night...”

Male privilege refers to the sense of joy felt by all within society that our culture reflects the special contribution made by men, as well as the acceptance that this social inequality allows for the best people to achieve positions of power for the benefit of all. Simply through possessing a male member men are simply better, all subjective measurements confirm that if a woman was to perform the same task as a man the perception would be that the man did a better job. And, as any politician will tell you, that has to be good for business. Male privilege is supposed to make human males feel ashamed of being, well, human males, and they should be ashamed of being human males. Male privilege means you have it easy because you are a human male.

It is an accepted truth that all males are born with "the keys to the kingdom" within society, an invisible sense of greater worth that allows them to dominate virtually all of the most powerful positions of society. Despite being the primary breadwinners within a family, and ignoring the small amount of "pin money" that some "enlightened" men allow their womenfolk to earn in addition to their household and breeding duties, it is widely regarded that their patriarchal role cements a position of dominance and helps to maintain the very nature of society.

Male privilege has without doubt reached its zenith amongst the White, Anglo-Saxon Protestants of our ruling elite. 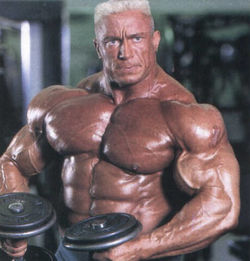 Lyndon B. Johnson discussing the Immigration and Nationality Act of 1965 on the Whitehouse lawn. 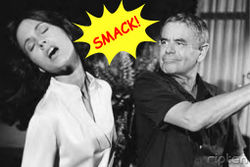 Established practices for maintaining the status quo are a staple part of male privilege.

A quick review of the available evidence reveals a number of interesting factors. These include:

Although men will naturally brush off annoyances like a mighty man-bear of the forest swatting a puny mosquito, some issues have in recent years attempted to lessen the influence of male privilege. These include:

Years of attacks from pantywaist Liberals and Wimmin's Rights Advocates has caused many within the mainstream media to question men's roles within society and created damaging changes within our legal systems. Sexism against men in family courts, domestic violence policies and other girly practices have created a widespread perception of men losing their inordinate social and economic powers.

Attempts at political correctness have sought to restrict male privilege and view its great achievements as somehow detrimental to society and world affairs, despite them representing the moral superiority that brought about two World Wars and successfully concluded them.

The natural industry for men is hitting things very hard with hammers. Many males suffer from psychological damage from prolonged periods sitting at desks tapping keyboards, creating a feedback loop for their inherent bloodlusts which can cause them to question the very fabric of reality including in some extreme cases the validity of male privilege. Specialists believe that a combination of copious amounts of alcohol and reprogramming techniques involving watching violent, competitive sports can help combat many of these issues.

There are many related activities associated with male privilege, recreational knife fighting, hunting, facial hair growth (although not restricted solely to males within many Asiatic and South American nations) the beard, goatee and mustache are symbols of male virility and often through creative topiary are viewed as fine plumage augmenting the faces of men the world over) and active reproduction of the species.