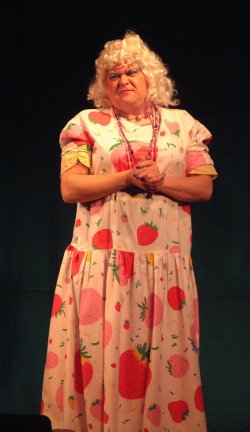 Bernard Manning stars as Marie Currie in Radioactive Babes in the Woods, in the 1993 production at the Windmill Theatre, London.

“Sir Ian McKellen's Twanky is the most impressive I've ever witnessed, and I've seen a few, I can tell you!”

Traditionally performed at Christmas, with family audiences consisting mainly of children and parents, the British pantomime is now a popular form of theatre, incorporating song, dance, buffoonery, slapstick, in-jokes, crossdressing, audience participation and as much mild sexual innuendo as can be forced in. Sadly a number of "rogue elements" have crept in in recent years, leading to the identification of a new sub-genre: Politically Incorrect Pantomimes.

Stories within the genre often have elements common to Medieval morality plays, such as teaching young audiences and borderline alcoholics important lessons through the use of allegory and the personification of social and moral trends, as well as indoctrinating each new generation with peculiarities of regional humour through the use of amusing songs and crossdressing homosexuals.

At its release in 1997 many members of the astronomical community turned up to watch the first show, believing the phrase "Brown Dwarfs" to refer to the recent classification of stellar matter. Much to their horror they discovered that the tale was built around the outsourcing of the diminutive hirsute subterranean's mining operation to an influx of workers from India.

Sticking with the original theme, the pantomime features seven dwarves named Hindi, Punjabi, Bengali, Sindhi, Kashmiri, Clive and Paki. Another notable difference is the introduction of The Poisoned Papadum to replace the familiar apple. The show was cancelled after three former members of the Carry On Team slipped in a double entendre and were rushed to Great Orm and Cheeps Hospital in London. Although they were later released with little more than major sinistral external abrasion and a severed brachialis radial the trauma would remain associated with the show which has not featured within the Christmas calendar since 2001. 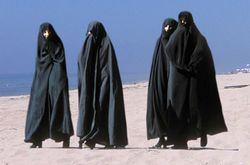 “I always appreciate a warm hand on my entrance....”

Ali Baba and the 40 Illegal Immigrants[edit] 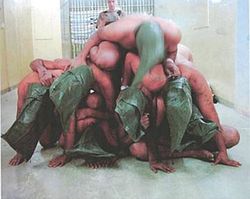 The final dance number was later the inspiration for both Hair, Cats and Evita. 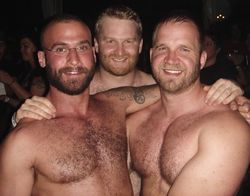 Goldilocks and the Three Bears was THE major hit in 1990's San Francisco.

Featuring such timeless classics as "The Cocklepicker's Lament" and "Boomboom for Baby-san", the pantomime was an early vehicle for Eastenders and Heartbeat star Nick Berry. First shown during the christmas period of 1987, the show became an unlikely success, and is still the pantomime most frequently performed in both Bradford and Bury, in the North of England.

Remembered for the outrageous set-piece dance scenes as much as the music and thoughtful lyrics, Ali Baba and the 40 Illegal Immigrants was hailed by the Daily Mail as "the most compelling reason to send 'em all back home."

In 1998 Disney bought the rights to the show, sparking speculation about a fully animated or live action version, with Mel Gibson voicing the lead role.

Jack and the Magic Skunk Plant[edit]

Described by The Guardian newspaper as a 'harrowing and dystopian glimpse of life in Britain's inner cities' and first performed at High Wycombe's Swan Theatre in 1947, the pantomime recounts the tale of ten-year-old Jack who purchases some magic seeds from a Dutch giant. His mother is at first doubtful of the seeds' viability; however, using a hydroponics kit and two 600 watt 'grow-lights,' Jack is soon able to harvest several ounces of super-strong 'skunk' marijuana.

Unfortunately, when he smokes the drug, he discovers his latent schizophrenia and is arrested after committing several violent acts upon innocent passers-by. This leads to his incarceration in a secure hospital where he is regularly injected with a cocktail of anti-psychotic drugs including Aripiprazole and Chlorpromazine.

Jack does not respond well to the drugs but nevertheless is released under the Government's care in the community scheme. Before long, he becomes addicted to both alcohol and heroin and has to become a rent boy (underage male prostitute) in order to get cash for his next fix. Eventually, after contracting an assortment of sexually transmitted diseases, he is murdered by a gang of skinhead thugs on a mission to 'clean up the streets.'

For those without comedic tastes, the "questionable parody" of this website called Wikipedia have an article about Politically Uncorrect Pantomimes.

"Four hours of a young Persian boy encased in PVC punctuated by sporadic appearances of "Madame Twanky"..." and so began the first theatre review of this 1972 offering from the Cardiff Theatre Royal. Performed by the Transgendwr Theatr Cymru, the show ran for only three nights before it was pulled. Plans for a thirtieth anniversary showing were shelved in 2002 following intervention from Health and Safety.

The show itself was only witnessed by 27 people, 15 of whom have since died. Of the remaining, only one individual has ever spoken of the show, describing it as "easily the worst experience of my entire life, boyo." In 1973 the Transgendwr Theatr Cymru disbanded.