From Uncyclopedia, the content-free encyclopedia
(Redirected from Heroin)
Jump to navigation Jump to search 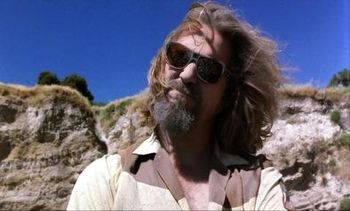 You can be this cool too with the simple addiction addition of drugs to your lifestyle.

Drugs are gifts from God that bestow the feeling of ambrosia on mere mortals. Not only are Jesus's Necessary Accessories--as He would have liked to call them--extremely cool, but they are multifunctional as well. Drugs have the unique and beneficent properties of:

For those without comedic tastes, the so-called experts at Wikipedia have an article about Drugs. 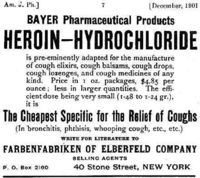 Heroin was once regarded as a miracle panacea, until scientists and doctors discovered that morphine was a cheaper alternative.

Drugs have a long and fruitful history full of magic, fancy, significance, and extremely likely exaggeration.[1] Drug use dates back to the twentieth century B.C., where the Ancient Sumerians discovered and cultivated the drug opium. Opium served the useful purpose of keeping the Sumerian civilization occupied and satisfied when the grain crop was insufficient. A crisis occurred when the opium crop failed, but this was solved with the cultivation of codeine some two hundred years later.

Drugs played a critical part in the Biblical times as well. From the mescaline that gave Abraham his first visions of God, to the few amphetamines Noah downed in order to finish constructing his Ark in record time, drugs played a vital role to almost every Bible hero. The real reason God decided to save the Israelites from the Pharaoh of Egypt wasn't because they were the "chosen people," it was because God thought they were much cooler because they baked better brownies than the prudish Egyptians.[2]

Meanwhile, in the Western Hemisphere, Native Americans developed the very first traditional society around drugs, not dissimilar from the high schools of today's societies. There was no job more esteemed than that of the Medicine Man. The overabundant use of drugs in everyday function made the Native Americans sage, alert, and highly family-driven, with the small side effect of complete immune system destruction in the long run.[3]

The New Testament: Half-baked but twice as nice

Ever wonder why Jesus could walk on water, speak with God, and turn water into wine? The first two were a direct result of daily mescaline and cannabis usage, the third is a clever trick involving mirrors and hiding stuff in sleeves.[4]

This isn't the only evidence that Jesus was baked out of his mind, though. He is immortal proof that, no matter how stupid and crazy the things that you say are, people will still follow you and think you're the coolest shit since turning sliced bread into fish, as long as you do more drugs than anyone else.

The list of events in which drugs have favorably impacted history goes on and on, but to name them all would require time and space a mere online encyclopedia cannot handle. To name a few of the most prominent circumstances:

Drugs as a necessary part of media and culture 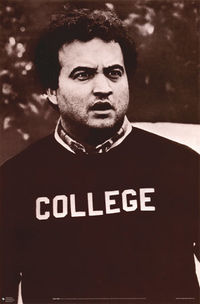 The drugs giveth, the drugs taketh away.

Drug usage has enriched every channel of human culture and entertainment, from making audiences more easily entertained to making entertainers more creative. The greatest boon of drug usage, however, goes to the tabloid news industry, which rakes in billions of dollars covering the stories of entertainers, washed-up and hot-shot alike, whose lives have completely fallen apart due to drug usage.[5]

All matters of mental, physical, and emotional breakdown aside, drug usage is a vital part of getting into the pulse of pop culture.[6] Name one popular musician who never used drugs. That's right, you can't. This is because all of the greatest musicians throughout history have engaged in flamboyant narcotics abuse.

Did you honestly think for a minute that people liked Jimi Hendrix, John Belushi, or Keith Moon for their talent? Hell no! They were cool just because they used the most drugs!

The entire concept of popularity and coolness in a society is based upon ratings given by a fibrous bureaucratic network known as the Druggies, a covert cabal of high-end drug dealers with operating agents in every town. These dealers keep a list of sales records and tally the biggest buyers, then when one customer reaches a certain mark the dealer relays his or her name back to a database, which keeps track of the biggest drug addicts on a scale from Lightweight to the coveted Overdosed, Call a Coroner. Experts and specialists working for the Druggies then find these users and make sure the rich quality of their lives is fixed to reflect the amount of drugs they use; they are, in essence, the Cool Police.

And to think you thought you needed skills and attributes to succeed in life. What a pity. All you ever needed were a little drugs.

Drugs as a viable business venture 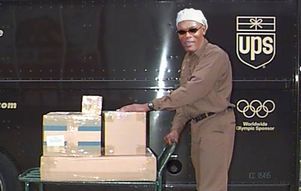 The friendly neighborhood Druggie mule always delivers reliable door-to-door service to give you the goods you so sorely need. Druggie Cares.

Drugs provide a wide range of profitable career opportunities for young, promising folk. The most common form of employment in the drug industry is the job of User, which sacrifices traditional commodity gain for euphoria and cool points. With enough effort put into the job, one can get a promotion to Abuser, and it's only an upward spiral from thereon.

Alternately, one can become involved in the drug industry itself, as a dealer, runner, importer/exporter, etc. Though most people will find job security by seeking employment in the established Druggie franchise, more enterprising citizens can start independent drug companies. These entrepreneurs should beware, though, since competition is a bitch.

Counterintuitive, plain and simple. It's true what those commercials tell you, one marijuana joint does have the power of twenty cigarettes[citation needed], but do you know how cool smoking just one cigarette makes you? Just ask the cool kids at school, they smoke a pack a day. You can get up to their status in just a week with a handful of joints. Thanks for the information, anti-drug ad campaigns!

Even more hypocritical are those "____ is my Anti-Drug" advertisements, which fail to tell you the catastrophic downsides of each anti-drug. For example, music abuse can lead to permanent hearing loss, and drawing art can lead to severe poverty, hunger, and homosexuality. They don't seem so safe anymore, do they?

Using drugs, as a career or hobby or both, seems plenty more appealing when you weigh the alternatives. Would you rather "play chess," or "be cool and feel great at the same time?"[7] The answer should be self-evident.[8] There is simply nothing nearly as wonderful and helpful as drugs.

Except for alcohol. Shit is so cash.