For those without comedic tastes, the so-called experts at Wikipedia have an article about Dexedrine. 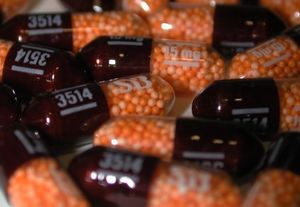 The Halloween coloring makes them fruity.

Long considered by children to be a form of herpes, Dexedrine is a favorite among schools as an anesthetic. Unfortunately for children, Dexedrine has the second highest fatality rate of all candy, next to licorices. Secondary uses of Dexedrine include making one smoke really hard and appreciate doing menial tasks such as analytic philosophy, driving dirt bikes around and moving boxes at work. Critics contest that Dexedrine is actually an intelligent life form, and should be given some form of protection under the Geneva Convention.

While dexedrine was first synthesized in 1887, it did not gain recognition as having any use until the attacks of September 11th, 2001. Pills were distributed to the dead, mutilated remains of firefighters in hopes of reviving them. The procedure worked, and now they all live happily ever after. More applications have been discovered since then, such as treating strippers for food withdrawal and the over medication of youth. A quote from a happy child patient is provided below, as a testament to dexedrine's obvious utility and sexiness.

In Middle Schools and High Schools, Dexedrine is widely distributed by school councilors in an attempt to appease students who can't concentrate without periodic rewards in class. Psychologists would call this action a “positive punisher”, a term derived from Skinner's radical behaviorism. Without such a reward system in place, teenagers would have no motivation to do calculus or learn about colonialism. Teachers describe children needing of candy intervention as “off the wall”, “disruptive”, “destructive”, and “disrespectful to authority”. In some situations, the students would even come to class “high on marijuana”, a real terrible vice. Post-candy, students are described as being “really productive” and “high as fuck on speed”, which is a great learning environment, much resembling a typical scenario at the College level. However, there have been numerous cases where the student involved was way too sweet to have conventional candy therapy work, and ate the entire bag, resulting in reorganization of the furniture in their living room and death, while rising to become an emo three days later.

Dexedrine as a Life Form[edit] 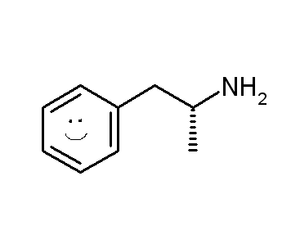 A recent study of the H-NMR and the C-NMR of Dexedrine produced an alarming theory, one that has many ethical philosophers concerned, except for Nietzsche, because he doesn't really give a fuck about anything. Chemical structure diagrams indicate that Dexedrine is actually a life form, as it has distinctive facial features in its aromatic ring.

Dexedrine is a member of the genus amphetamine, and has the species name of “dextro”. Other species in the amphetamine genus include Dexedrine's retarded cousin “methylphenidate”, more commonly known as the mint “Ritalin”, and “meth”, its quirky gay uncle.