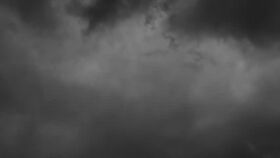 A young vaper, also known as a vapist, vaping his vape at a vape shop called The Vape Shop. Also shown is some vapor from his vape.

Vaping (also known as e-cigging, cloud chasing, poofing, cold boxing, tanking, fogging, fupping, shlorking, chackling, and dorking) is the inhalation or injection of psychoactive and/or flavored vapors produced by an electronic vaporizer, otherwise known as a vape or an electronic cigarette. The practice is a growing epidemic, particularly among white dudes in flat-cap hats and slouch beanies (who still live in their parents basement), and due in part to the vaping industry's strong ties to organized crime, world governments, main stream media,the Hollywood elites, and child-soldier death squads.

Vapes can be filled with any psychoactive substance, although DMT, THC, crack cocaine, nicotine, and essential oils is the most popular blend. Propylol glycolene, a main component of car anti-freeze, is added for flavor. This mixture is often called "juice", "liquid", or "sauce", which is then put into a cartridge or "cart" and heated by a battery-powered heating element, producing noxious fumes. The person then must suck to inhale the vapor and hold it in for at least ten minutes.

The whole composition of the exhaled vapor is not currently known, but it is believed that dihydrogen monoxide is produced along with highly contagious cancer. Vape juice comes in a variety of exciting flavors, including Citrus Bang Bang, Flaming Hot Cheetos, Chocolate Rain, Dad's Air Duster, and soothing menthol. 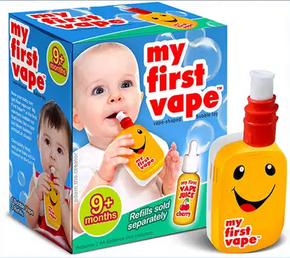 Vaping is one of the leading causes of smoking despite its being marketed as an alternative to smoking. In reality, vaping is an alternative to not vaping. It should not be compared to smoking, for which decades of medical research affirms smoking's safety and coolness. Vaping has never been studied and is therefore either completely safe or might kill you tomorrow, depending on whatever makes you feel better or worse.

Vaping is increasingly marketed to children as a safer alternative to candy. Children as young as embryos are known to love the aromatic and stimulating vapor, which is why vaping is believed to be completely safe for women who are pregnant. There are some reports that vaping can cause bleeding in women who are menstruating, lethargy in those who are tired, and – worst of all – making a person look like a snobby wuss who thinks they're too good to die from good-old-fashioned lung cancer like a brave cigarette smoker. There are also reports of vape users' developing "popcorn lung", a terrible disease where their phlegm becomes delicious popcorn butter.

In 2018 alone 200,000 children died of malaria because the money people should have donated to the Gates Foundation was spent on vapes and vape accessories. Some users report long-term negative affects from vaping, such as being laughed at and dropping out of college.

Also, some guys from Michigan sold unregulated black market vape carts, very much unlike the unregulated legal market vape carts which are actually recommended by the Surgeon General, causing the deaths of several middle class white kids. This has caused the cabal of concerned mothers who run neighborhood watches around the country to ask the government to ban all vapes to bring their children back to life. U.S. President Donald Trump swiftly responded to the deaths by blaming Obama for hating America.

Juul, one of the largest manufacturers of vape pens and USB sticks, has also been criticised for funding global separatist militias comprised of child soldiers, although industry representatives argue Juul's products are one hundred percent safe and flavourful.

Vaping is an alternative to being kicked out of restaurants, clubs, theatres, and hospitals – if you do it discreetly enough.

Emperor Nero built one of the earliest homemade vapes.

The first vape was introduced to Christopher Columbus by the native Egyptians as an alternative to smoking cigarettes, but because tobacco had not yet been discovered by Europeans, it was mistaken for a Pagan idol and gifted to the Pope before the Ancient American Egyptians were genocided by the love of Christ for their pagan ways.

Several weeks later, the Roman Emperor Nero built his own vape rig after finding instructions for such on the internet. He was so excited by vaping that he built several more vapes and decided to open his own vaping shop. Unfortunately, the place he wanted to build his vape shop was already being occupied by all of Rome itself. In a fortunate accident one night, Nero's homemade vape spontaneously asploded while charging, burning down all of Rome and allowing Nero to finally open Vape City Central. 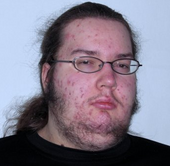 Like many addictive wastes of time, vaping has developed its own subculture. "Vape enthusiasts" (also known as vapists) dress themselves in thick clouds of vapor and are prone to wearing Monster Energy Drink t-shirts. They have also organized vaping competitions, where contestants blow smoke vape and each other.[1]

Dr. L Ron Bumquist has distinguished three distinct modes of being in the vaping or cloud chasing society. They are: vape god, vape dad, and vapid.

The vapid is the newcomer to vaping, already a hopelessly addicted fool who thinks they are saving themselves from an early death and that they look like Stephen Dorff every time they take a puff of their Blu.

The vape god is a master vaper, a perfectly enlightened vape being, an expert who mods, boosts, and has a koozie for his vaping unit. He is always a gentleman willing to buy a nice lady a Mountain Dew as long as she doesn't have any kids, and is the one who inspired Stephen Dorff to start vaping.

The vape dad is a rare breed of suburbanite who sometimes lets his vape wife take a hit off his vape. He likes to vape after mowing the lawn and knows it's good to vape in front of the grandkids so they can be exposed to it early. He actually likes the tobacco-flavored juice.

Featured Article  (read another featured article)
Featured version: 7 June 2021
This article has been featured on the front page. — You can nominate your favourite articles at Uncyclopedia:VFH.