This article refers to the substance, not the user, if you wish to see the fat cunt user then go ahead! 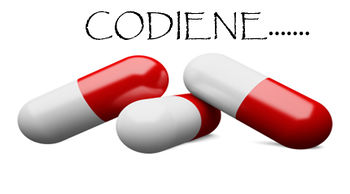 Need... Codeine... although some twat has spelled it incorrectly above.

Codeine (also referred to as some long chemical name with entirely too many letters) is an illicit chemical substance used by the owner to get high. It is a member of the opiate family of drugs, making it similar to other medicinal drugs like morphine.

Although illegal in all 50 states except Texas and being on Europe's "druggy" blacklist for many years, Codeine is making a comeback as one of the worlds' leading causes of dizziness, sleeplessness, sudden instant death and chronic diarrhea.

Because it is considered illegal and so dangerous and because of the risk of getting caught, all workers in the industry must join the codeine traffickers' union (or CTU) and always stick to the standard uniform of a beany, old clothes and 3 days' worth of stubble. 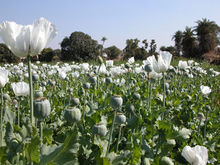 The opium poppy, this is where it all begins man.

Codeine is originally derived from the opium poppy (pictured right) which can be found and grown in your own backyard or any third world country. People have been using codeine as both a treatment for various symptoms as well as using it as a way to achieve every single one of the symptoms it cures.

People have been smoking, injecting, sniffing, huffing, crushing onto their skin[1] or otherwise finding more and more creative ways to ingest or take codeine for hundreds of years; it has only very recently been outlawed for uses as an illegal substance, because of the discovery that it actually has side-effects, and also because of a fatal number of overdoses.

Codeine has been used for so called "medicinal uses" only in recent years, when scientists actually found that it works better when you take small controlled amounts rather than swallowing as many pills as will fit in your fucking mouth. Medicinal codeine has for all of its history been used to treat simple symptoms of the common cold or the flu, however people unfortunately over exploited the treatment it offered, sometimes buying hundreds of boxes, "claiming" it was for a lot of people. This has resulted in its being put on several countries' druggy blacklists causing the problem with trafficking that exists today.

Making your own codeine pills or syrup is quite literally the easiest thing to do these days, what with the Internet and all, for example you are able to search for recipes to make your very own codeine at home right now! Here is a quick recipe:

But quite easily the best method of preparation is the old can't someone else do it? line and simply buy it off your friendly neighborhood drug dealer.

Well, unfortunately for its users codeine is unfortunately shit addictive (quite literally; if you are a codeine addict you would stab your best friend for just a single pill).[3] But the list of side effects does not end there, oh no; if you're addicted to this stuff you're in for a real treat of headaches, nausea, the shakes, explosive diarrhoea, loss of vision and last but not least constantly speaking like a total bogan.

However, when not taken in a totally illicit and "uncool" fashion, Codeine can and will treat all of the symptoms described above. Medicinal codeine is, however, about as rare as women that will love you for your personality. Medicinal codeine on the other hand is far more tightly controlled and only special men in white lab coats and that guy behind the counter at your local chemist are allowed to sell and distribute it.

I hope you have paid attention to the reasons why codeine is so damaging to your health, but honestly I don't think people really care about health risks, or any of those other so called "guidelines". 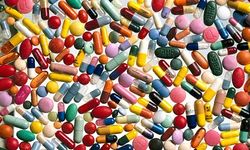 Yes, as described above codeine is unfortunately an addictive and easily abused substance. You should enjoy the codeine in moderation.

On the plus side you can get help in the form of drug rehabilitation circles to outright brute force; these will either help calm the addiction, break the addiction or break you, but they should (in theory) still stop you abusing the substance.

The only way to cure a codeine overdose is to drink copious amounts of grapefruit juice. This causes a greater than usual amount of the drug to be converted into morphine, by deactivating the enzyme which turns it into the other shitty placebo metabolite which doesn't work.

The only cure for codeine addiction is to take a bunch of pills and extract the codeine, and chemically process them in a technique exactly like that for manufacturing Meth but with codeine instead of sudafed. Once the reaction has been completed, this concoction should be injected directly before it congeals. It is not recommended to separate the modified drug from the iodine, petroleum spirits, phosphorus or ammonia, as this spoils the flavor. Anyway, once you've done this, you'll never have to worry about being addicted to codeine again.