The World's Most Powerful Drug

As attested to by himself, The Most Powerful Drug in the World is the Spanish Surrealist artist Salvador Dali:-

A 20:1 scale model of the original Dali egg bong

Random Journalist: "Hey, cool paintings Salvador! That's some trippy shit. What drugs did you take to do a painting like that?"

Sir Salvador the Mighty of Dali: "I am a drug. Take me."

The random journalist then attempted to do this, much to the disgust of Salvador's beloved wife Gala, who did not think that climbing into a giant bong shaped like an egg and allowing any middle class idiot with a camera to take a toke on him was entirely beneficial to his career. She then proceeded to have the local constabulary remove the journalist from her property and had a restraining order taken out on him. Interestingly, such is the bureaucracy and institutionalised lack of enthusiasm of the Spanish State Police, that the restraining order only came into place three years after the journalist suffered a fatal albatross overdose (the world's second most powerful drug) and still applies to him even though all the parties involved are deceased.

Over the course of the next few decades, many people from far and wide, but mostly hippies, the unemployable, ego-centric art students and homeless people attempted to take Salvador Dali. Apart from his paranoid, and let's face it, kill-joy wife, one of the main reasons why Dali wasn't whizzing around someone's blood stream at like, a million frickin' miles an hour was because nobody could agree on how to take him.

By the 1930's most of the world's cognoscenti and intelligensia had divided themselves into two camps; the smokers and the injectors.

The smokers were predominantly weedy, tree-hugging lefty liberals and were led by Surrealist poet Andre Breton, who if he was honest, only wanted to smoke Dali in order to gain enough inspiration to write a poem about how crap Dali was and how he got thrown out of the Surrealists for not being a Stalin-bumming, capitalist-hating, red-to-the-core commie.

Zach De La Rocha fighting for his fellow commies c.1938. Shown in this shot with his guerilla camera as he had not yet purchased his famous radio

The injectors were totalitarian, fascist, megalomaniacal pig-dogs whose only love was for themselves and who only got into injecting in the first place as some sort of masturbatory sado-masochism. They were led by Benito Mussolini, whose hobbies included gas bombing helpless African countries, being really crap at invading any country in the vicinity of the Balkans and printing "Hitler Is My Home-boy" t-shirts for his friends.

There was a sudden and tense arms race between the two sides as it quickly became realised that the slightest crisis could trigger a conflict of biblical proportions. That fatal day came when anarcho-syndicalist dissident Pablo Picasso persuaded his friends the Luffwaffe to bomb the living crap out of a little Basque town called Guernica just so he could have something cool to paint. The resultant conflict between the smokers and the injectors became known as the Spanish Civil War and the only good thing about it was that it made George Orwell even more paranoid than ever.

Not that Dali cared about any of this. He'd already pissed off to France disguised as a washer-woman.

After the Spanish Civil War ended with the deaths of all the participants, yet another war broke out called the Second World War, although really its proper name was World War 1.0. Spain did not take part as it had a note from its mother. In the mean-time some fascist prick called General "My member, Senorita, eet ees like baby arm holding apple, yes?" Franco declared that the best way to take Salvador Dali was to snort him and that anybody who disagreed could answer to him okay? He then went and took over Spain and oppressed people in a thoroughly predictable fashion.

Yet another pesky cockney taken care of thanks to the Luftwaffe

Meanwhile, France got invaded by the Third Reich, with all the brave French guys staying in northern occupied France and forming the Resistance and all the cowardly, lazy French people went to live the life of Riley in the Nazi puppet state in Southern France. The British were teleported out by some friendly passing Martians from some shit-hole called Dunkirk and had nothing to do but look out over the English Channel and pull faces at the Wehrmacht and find a new way of getting rid of excess cockneys and spitfire pilots called the Battle Of Britain.

Salvador Dali and his wife Gala avoided the war by floating across the Atlantic Ocean to the United States in a barrel. Shortly after Dali's arrival, the United States entered the war three years late again and hogged all the credit for every last bullet fired throughout the entire war but nobody could complain because they were the only country in the whole world with any money left and the British were too polite to point out that they took out some Germans too.

With the drug-fuelled Hippy revolution nearing its peak, the sixties were a dangerous time for Dali. He and his wife spent most of this time on the run in a battered Volkswagon Beetle disguised as a stuffed owl. On the evening of August 18th, 1969 Dali crashed his car into a tree right in the middle of Jimi Hendrix's set at Woodstock. He later related to a journalist in an interview (not the original Random Journalist who started the whole thing in the first place) that the incident was a result of him drunkenly following a map of Narnia that he had written on the back of a bald hitchhiker's head with a magic marker. However in his defence, Dali was heard to say:-

The hippy zombie ringleaders A.K.A The Manson Family

He and his wife were forced to run for over four miles over rough terrain bare-foot to escape a ten thousand strong mob of drug-crazed hippy zombies. Dali, who was running on empty as it was, made a distress flare out of two lemons, a toothbrush, an old sock and some discarded lipstick and shot it up into the air. Five minutes later, Dali's mates, Igor Stravinsky, Joan Miró and Wassily Kandinsky turned up in their pick-up truck and managed to disperse the worst of the crowd with rubber bullets and pulled Dali and Gala onto the truck before driving off into the sunset. 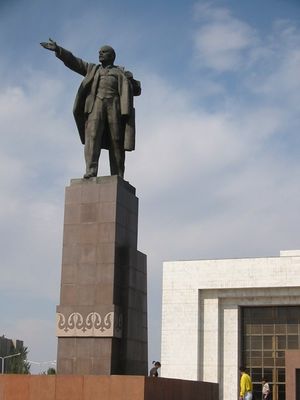 Dali's super-fortress/sanctuary/summer villa on the Algarve

By 1978, Dali was becoming frustrated and bored by his self-imposed exile. He realised that he couldn't spend the rest of his life hiding from a crisis that he himself created. Having reached this conclusion he stepped outside his house, tore off his shirt and said "Come then, you ravening beasts, tear at me! Rip my flesh! Do with me what you will!" The vast hordes surrounding his house surged forward, drooling and screaming only to be like, totally pwned, by Dali's militia. Having wiped out a third of the population of the civilised world, Dali entered stage two of his Grand Master Plan.

Dali and his entourage then travelled to the grave of the Random Journalist (who had now been canonised as Saint Random Of Wolverhampton by Pope Leroy the Groovy) and proceeded to build a museum on top of the memorial. This museum would house the majority of the paintings that Dali could not sell and would be designed to look like some kind of surrealist Taj Mahal. It was Dali's wish to be buried along side St. Random, thus bringing the whole crazy episode full circle. The huge edifice of the museum, added to the fact that no one would visit it meant that no one would be able to dig up Dali until his corpse had thoroughly decayed and the hallucinogenic and narcotic components of his body had dissipated into the surrounding soil.

And then a couple of years later he died, or something. Someone tried to sell me a line of his ashes on Ebay, but it just turned out to be a mixture of cigarette ash, oven cleaner and paprika. I had a job explaining that up at A&E, I can tell you. 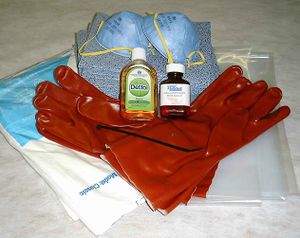 A good sinus wash-out cleared it out in the end. Thank God.
Retrieved from "https://en.uncyclopedia.co/w/index.php?title=The_World%27s_Most_Powerful_Drug&oldid=6008159"
Categories: