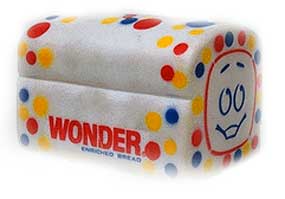 Yikes!!! Gluten staring right at you!!!

~ The dirty stuff found in wheat

~ Something I've been told to avoid

Gluten is a protein found in some grains, including wheat, barley, rye, and wood grain. It is, according to word of mouth, the most toxic substance known to manman and woman. It is responsible for causing .314689278964 human deaths worldwide every year. Nevertheless, it is consumed by almost everyone. Unless you listen to the word of the internet wise, that is.

Less than 1% of the human population is unable to consume gluten for medical reasons. But the industry that manufactures food specially for this population cannot survive on its support alone. This has led to a movement to tell everyone else gluten is bad for you, and now 50% of the population has gone gluten free. 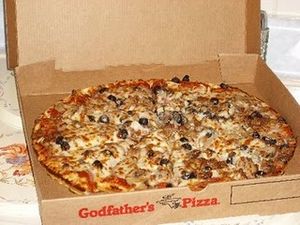 ~ Because it'll make me fat

~ Because I want to lose weight

~ Because a fellow in my yoga class told me so

Gluten is found in wheat, which in turn is found in 99.99% of the food most humans eat. Hamburgers, pizza, sandwiches, cupcakes, fried chicken, country-fried steak, gravy, Chinese food, and even licorice, all these contain gluten. This is why failure to consume gluten usually results in losing weight, since that leaves mainly the dairy, meats (grilled not fried), fruits and vegetables food groups.[1] It is like going on a low carb diet except that you can still eat corn, rice and potatoes. Those who gain weight on gluten-free diets have usually discovered the recent abundance of gluten-free foods and are reveling in what they can have as opposed to what they cannot have. Also, those who are medically required to maintain gluten-free diets typically find that they digest food better in the absence of gluten. Gluten is also found in barley, which is found in malt, which excludes 99.999999% of beer. Wine on the other hand, is usually gluten-free since the food companies haven't found a way to distill grains into wine and make it taste palatable. not always completely gluten-free because they sometimes age wine in oak barrels held together with gluten.

WARNING! The following products that we love so much have gluten[edit]

Pizza has gluten in its crust, except the gluten free frozen variety that tastes like mouse poop. If you are going gluten free, no more delivery for you! Spaghetti also has gluten in the noodles, except the quinoa or rice variety that costs 5 times as much and you have to make it yourself. So much for a cheap dinner at home. Lasagna has gluten in the noodles, except the quinoa or rice variety that also costs 5 times as much plus you have to make it yourself. No more ordering take-out lasagna from a pizza and pasta place, none of their stuff is gluten free, except the salad (and even that has gluten-filled croutons). 99% of bagels have gluten in them. If you live in a major metropolitan area, you may be able to find the gluten-free variety from a health food store, again at 5 times the cost. Or, you could order it from the internet, at six times the cost. So much for a cheap lunch of bagels and cream cheese. Burritos too, have gluten in them, because they are usually made with wheat flour tortillas. Occasionally you can find frozen burritos that are gluten-free at the local health food store, but they don't have fresh ingredients in them, and typically taste like paste, with occasionally tofu in them, or something bits of dry meat that they call chicken. Even French fries contain gluten, because they are fried in oil that contains gluten from the fried battered fish that was fried in the same oil. Even your favorite brand of chocolate ice cream may contain gluten, since malted chocolate is usually a better seller than unmalted chocolate. Ice cream sandwich cookies? Nope, and forget most cookies in general, they all contain gluten. Especially the frosted animal cracker kind. Oh, and forget those delicious malted milk chocolate balls that you used to love, those contain barley gluten. But you already knew too much candy or ice cream wasn't good for you anyways, and you are going gluten free to be healthier, and lose weight, right?

No more take-out for you![edit]

Chinese food? Forget it. The Kung Pao chicken is battered with wheat flour, and everything else is marinated in soy sauce that contains wheat. Teriyaki? Same story. Pizza? I already told you, the crust has gluten in it! Unless you find a rare restaurant that serves gluten-free pizza for three times the price of a normal pizza, no pizza for you! Hamburgers? Only if you skip the bun, which tends to be a messy proposition if you put ketchup and mustard on your burger. Hot dogs? Again, only if you skip the bun, which can get really messy if you like sauerkraut and condiments on your hot dogs. Oh, and forget about the chili you used to like with your hot dogs, that too has gluten in it. Mexican food? Seventy percent of the menu has gluten in it, including all the burritos. One can only eat corn tacos so many days in a row before one gets very tired of them. And forget the fish tacos, the fish is battered and fried, and contains gluten. Thai food? Again they use soy sauce in all their stir-fried dishes, which contains wheat. That leaves Vietnamese Pho soup (which is very easy to spill down the front of you if you get take-out and try to eat it in your car), and Indian food (I hope you like your food ultra-spicy!) But no Naan bread for you, so you can't even eat everything on the menu in an Indian restaurant.

So you like the convenience of TV dinners? Perhaps going gluten free will persuade you to learn how to cook real food. Most gluten-free TV dinners contain tofu in them, or else extra spice, or both. I hope you like vegetables and rice, because you will find plenty of vegetables and rice in the gluten-free TV dinners. Oh, and they cost six times what one of your bargain TV dinners used to at the Dollar Store. No more shopping for meals at the Dollar Store anymore! If you like beef jerky, you will find that your favorite flavor, teriyaki, is now off limits because they put gluten-containing soy sauce in it. Do you like pastries with your morning coffee? Not anymore you don't. They have lots of gluten in them! No biscotti for you, either. And those delicious graham crackers that are chocolate covered? Those are off limits too, the graham flour used to make the crackers has gluten in it. So from now on, it's coffee alone for your convenient breakfast on the go. You cannot even have egg sandwiches, the English muffins have gluten in them. Want to stop by a pancake house for breakfast? Sorry, the pancakes and waffles have gluten in them too.

Products that are gluten free[edit]

“Why is a Hershey bar so healthy?”

~ Because it has no gluten

“What would you do for a Klondike Bar”

Meats that are broiled, boiled, or baked typically do not have gluten. This is why you can have hot dogs or hamburgers without the bun. Seafood falls under this category as well, but keep in mind you cannot batter and fry anything and have it be gluten-free. You can still eat that expensive lobster-tail, marinated in butter, if your heart desires. Margarine and butter are not grain products, and do not contain grain, so they are gluten-free. You can add as much artery-clogging fat to your food as you want in this way without adding gluten. Bubble gum contains all sorts of unhealthy artificial sweeteners and is generally not considered healthy to swallow, but you can consume as much bubble gum as you want without consuming gluten with it. Salad without croutons is usually gluten-free, as long as you choose a gluten-free salad dressing, such as vinegar and oil. Nuts are something that 20% of the population is allergic to, but they are certainly gluten free! Rice topped with tofu is also gluten-free, and nutritious, but generally needs some sort of seasoning to be palatable, if you can even stomach the tofu. You can eat as many fruits and vegetables as you want, as long as you do not consume too much fiber in the process, which causes other issues. Contrary to popular belief, mouse feces are not usually gluten-free, because mice tend to consume grains. So unless you have captive-bred mice who have been fed only gluten-free diets, avoid consuming mouse feces, delicious as they are rumored to be. Gelatin is usually not vegan, and usually not considered high in nutrition, but it is gluten-free, so consume gelatin to your heart's content. Gasoline and petroleum products are gluten free, so if you feel the need to consume these, at least you will not be consuming any gluten, and will still be adhering to your gluten free diet.