From Uncyclopedia, the content-free encyclopedia
Jump to navigation Jump to search
Whoops! Maybe you were looking for Wolverhampton upon The Juicy Taste of Diarrhea? 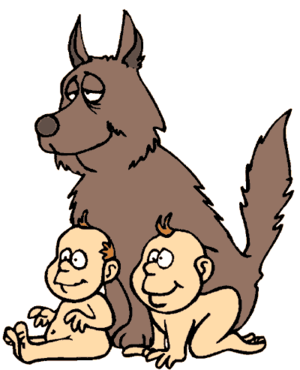 For those without comedic tastes, the so-called experts at Wikipedia have an article about Wolverhampton.

Wolverhampton is a city and metropolitan borough in the West Midlands, England. It is notable for its pioneering childcare methods, which involve sending children into the wild at the age of 12 months to be raised by roaming wolves, and its high proportion of alcohol-related deaths in children under 12.

Although Wolverhampton does have several cars within the city limits, most Wulfrunians, being poor, prefer to use public transport. With only a 6% chance of being stabbed on any given journey (sometimes this chance can be as low as 4%), its public transport system is one of the safest in the country. Visitors to Wolverhampton should not miss the opportunity to see its sights on one of these famous buses, known as 'Mobile Disco Buses', journeys on which are complemented by music provided by the mobile phones of local youths. Class B drugs are also available on-board. It should be noted, however, that bus fare increases at five and a half times the rate of inflation every few weeks.

Wolverhampton can also be credited with the erection of the first set of automatic traffic lights[1], which cements its position as the city which has contributed the most to the planet's collective frustrations.

Once inside, there is only one way to leave Wolverhampton. 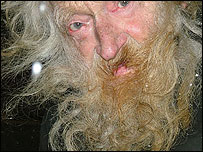 Fred, pictured before (or possibly after) his death in 2007.

A common misconception about Wolverhampton is that no notable people born there. This is simply not true. Perhaps the most well known Wulfrunian is Fred the tramp, born Józef Stawinoga, who, after committing horrific war crimes[2], moved to Wolverhampton and died in a tent, after living on a dual carriageway for 40 years.[3]. This makes his death one of the most dignified in the city's history.

Also of note is the popular politician Enoch Powell, the guy who sits outside of KFC begging for money, the cowboy man, and that beggar who recently came out of prison for manslaughter. Mass-murderer Saddam Hussein also allegedly had family links to the city, however, he has distanced himself from these rumours so as not to besmirch his reputation.

Wolverhampton's sole landmark is a statue of a man on a horse, known to the city's wonderfully creative residents as "The Man on the Horse", or MOTH[4]. It is believed that the statue is in fact an ancestor of Gerard Way, who led an army of emo faggots into the town centre, where they reside to this day. Each morning they congregate around the base of the statue, where they remain for the rest of the day, determined to guard his legacy.

The Wolverhampton art scene is less "traditional" than many areas, being more exhibition-based. Street theatre is extremely popular, and the city attracts the ire of performance artists worldwide who come to play out challenging conceptual dramas such as Punching Strangers in the Face, Being Sick in Doorways and the classic Lying Down in the Street in a Pool of Urine. Storytelling is another form of exhibitionism popular in Wolverhampton, a favourite being the mythical tale of how My Car Broke Down and I Need a Pound to Get Home.

Wulfrunians have their own unique 'yam-yam' dialect which, to those familiar with it, is distinguishable from the 'Brummie' of the neighbouring Birmingham[5], and to those unfamiliar with it, is completely unintelligible. A notable feature of the Black Country dialect is to substitute "fucking" whenever difficulty in articulation is encountered, in a manner similar to how most people would say "err" or "um". For example, "I saw Dave down the fucking pub the other day, he's just been fucking promoted to fucking MD."

Wolverhampton is a seething hotbed of mediocrity when it comes to sport. The local football team has perfected the ubiquitous 'long ball to no-one' tactic, and have a long cycle of promotion into the Premiership and the inevitable demotion that comes with the end of the season, which repeats after a few years. Despite numerous recent changes of management they have still successfully managed to tread water for the last 5 years.

Despite its poor football track record, Wolverhampton is considered a leader in many other sports. For example, although the current 100m sprint record is 9.86 seconds, anyone in Heath Town will be able to tell you that there is a bloke who lives there who can do it in 8.5 seconds with a DVD player on his shoulder.