From Uncyclopedia, the content-free encyclopedia
Jump to navigation Jump to search
“I can't believe its not better...”

“At St. Alfonzo's Pancake Breakfast! Where I stole the Margarine. (Pronounced MAH-ger-EEN)”

“I can't believe it's not heroin”

“I can't believe it's not butter!” 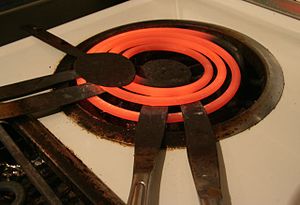 Margarine is a delicious near-plastic treat that people believe to be healthier than butter. It is created under highly controlled conditions using various oils that are whipped into shape, usually with a whip. If given an electrical shock for an extended amount of time, it can start living on its own. A living margarine, or "marglin", is often marketed as an adorable and vicious harmless pet. Pet store owners frequently fail to mention that if fed after midnight, will reproduce uncontrollably and have an insatiable appetite for human flesh. A detailed account of that very situation is given in the award-winning documentary, The Blob.

Besides being edible (so they say), margarine is commonly used as a cooling agent in nuclear reactors due its inability to conduct heat. Some scientists speculate that it could withstand Sun-like temperatures.

Margarine can be used to reduce wrinkles, seal pipes, as an antiseptic/anaesthetic, prevent sunburns, kill rabid smurfs, and can, when applied directly to the forehead, help an individual retain sanity (most of it) while watching a Pauly Shore film. It is currently being tested for use as a treatment for Super AIDS.

It can also be added to thermonuclear bombs to increase the destructive yield.