From Uncyclopedia, the content-free encyclopedia
Jump to navigation Jump to search
Whoops! Maybe you were looking for Joint?

For those without comedic tastes, the so-called experts at Wikipedia have an article about Hashish.

Hashish, or #ish, is a brown or black, hard, sweet-smelling substance which when burnt and inhaled produces a stimulating effect similar to that of kitten huffing or opium. Due to this it is often found in joints, cakes and the pockets of Hippies.

Although for the inexperienced the experience maybe more similar to standing up too quickly after sitting down for a long time sniffing glue. Those in the know generally stick to Skunk these days for smoking purposes these days. Some claim the main effect of hashish is immediate "enlightenment," but also increased consumption of munchies has been linked to smoking habits. It is produced primarily by Afghanistan, Pakistan, Turkmenistan, and Stan a Welsh hashish grower who is personally responsible for over 25 percent of world Hashish production. 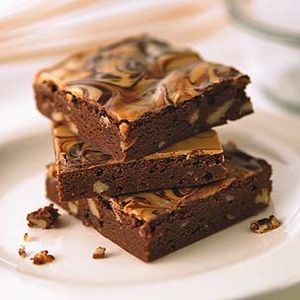 Making hashish is a complicated process no doubt. There are several methods, but the one used by Stan is that of running through fields of cannabis, followed by fields of soap, oil, turpentine, and fresh kittens. The kittens are then scraped for the resinous substance with which they become coated. This type of hash is often referred to, not offensively, as 'paki black', because it smells of Pakis. While men learnt the finer points of refinement of Hashish over the generations it is assumed that some accidents led the ancient Indians to discover Soma and the Welsh to discover Newport.

How to snort or huff Hashish[edit]

Snorting is a particularly powerful means of ingesting hashish that is growing in popularity. However, some preparation is required to obtain full effects. First, finely chop the resin into a powder if not already in powder form. Second, thoroughly mix the powder in a small amount of flour or powdered sugar to reduce caking and maximize the exposed surface area of the resin. Third, knead approximately 1/4th the weight of chile powder into the mixture along with a pinch of ground nutmeg and let sit at room temperature for several hours (the THC will be rendered more water-soluble through interactions with the volatile oils). Fourth, thoroughly moisten the substance with fresh lemon juice to dissolve the THC-oil complex in the acidified solution and absorb all moisture by squeezing the resulting paste in a paper towel (use as many as required to get it all). Fifth, throw out the now inactive hash solids, mark around the wet spots on the paper with a marker, and dry the dampened paper towels by whatever method is most convenient (microwave, oven, etc.; it won't hurt the good stuff). Sixth, cut out the previously-wet sections of paper towel with scissors and drop the pieces into a quality food processor and thoroughly grind them into a fluffy powder (inside of machine must not be wet!). Seventh, scoop out the "confetti" and place in a microwaveable, airtight container, moisten with vinegar until just damp, coat the mixture with the amount of table salt you wish to snort, and seal (the salt will receive the THC from the paper by way of the vinegar; plain water and most other liquids won't work). Heat the container in the microwave until the contents are completely dry; this is necessary to re-solidify the salt and ensure that all the THC is transferred from the paper. Finally, collect the laced salt and huff it through a straw, rolled-up-bill, or whatever floats your boat. Beware that the potency of the salt is proportional to the amount of hash used in the process, and that a single grain could theoretically soak up a large amount of active ingredient. Sadly, the salt MUST be inhaled for desired effects to ensure contact with the mucus membranes; eating or drinking it tends to result in very weak or no effect and the salt cannot be smoked. 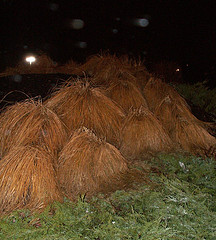 Hash salt is known as "Paki Snow," "Dutch Dandruff," "Fairy Dust," and "High Sodium" on the street and is especially popular in the club scene when sold in "dime packets" made to look like normal packets of salt. Dime packets have recently appeared in school cafeterias across the US and UK and surveys show that 28% of cannabis use by American students younger than 18 is in the form of hash salt, and 43% of 10th graders and 61% of college freshmen having reported huffing hash salts at least once. Hip youngsters have coined the term "rock salted " to describe being stoned on the substance. The discovery of the hash salting process is widely accredited to Sheik Hummus-al-Kebab (A.D. 1018-1059), an Afghan tribal chief, alchemist, interpretive dancer, ostrich herder, and feared persecutor of Kitten Huffing infidels. The good Sheik tragically died when trampled and pecked by ostriches that went berserk after grazing on potent Cannabis indica.

Dick Cheney has long discouraged the use of Middle Eastern hashish for salting in favor of home-grown American and Canadian marijuana to support the war against terror. Of course, nobody is listening. 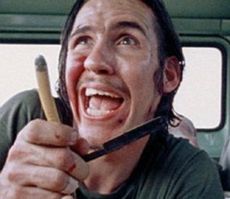 Hashish export constitutes 105% of the gross domestic product of the 'Stan countries'. Clearly this is impossible, but it is likely that the people responsible for this statistic are either dumb or were high on kittens or hashish. Although marijuana use has been in the New World since Christopher Columbus brought over 20 bales of fat blunts (rolled in the torn pages of books banned by the Church) and a bale of seeds in 1492, hashish was unknown in the Americas until the US CIA introduced it to Ivy League universities in 1971 to better-fund operations in Area 51 and stop the fucking pinko Commie hippies from going on and on about how great Acid is. The CIA failed on both counts, eventually giving the world Atari systems and a bunch of high, effeminate readers of Oscar Wilde, respectively. As a result, only studss worldwide use hash or know how to smoke it, it is also popular in the backwaters of Europe and the Stan countries.