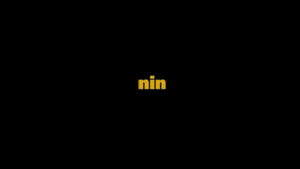 The Nine Inch Nail Kids, Nine Inch Nails or NIN is a series of musical albums and singles created by American comedians Trent Reznor and Marilyn Manson, in their own label Nothing Records. The series is based on the Garbage Pail Kids series, which was a hit during the 1990s. Each album released in the series consists of 5 to 23 songs, which are all sung by Trent Reznor. Each song features Reznor as a fictionalized version of himself, which is called Trent Renzor, and has Reznor's voice. It is widely considered to be one of the greatest and most influential series of all time. E named the series "one of the most refreshing voices since The Sopranos", and quotes from numerous albums have become catchphrases in popular culture. 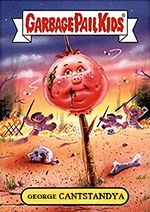 An early incarnation of Trent Reznor as a Garbage Pail Kid.

Each NIN album has a unique plotline, in which Manson arrives to Trent's doorstep, knocks on the door, and as Trent opens up, Manson is asking him to borrow a specific amount of halos. For example, in the fourteenth NIN release, The Puffy Short, Manson was asking for 14 halos. Most of the times, Trent confuses Manson's request with "hello", because of Manson's Puerto Rican accent, so he just replies with his own "hello".

Most of the series is about nothing. In the popular single The Soup Nazi, Trent meets a Nazi made of soup, but eventually he is revealed to be just Manson asking for some halos. In the single The Hand That Feeds, Trent is singing about the nothingness of Facebook feeds.