From Uncyclopedia, the content-free encyclopedia
Jump to navigation Jump to search
“Gods made Heavy Metal?!! In that case, Jesus Built My Hotrod!” 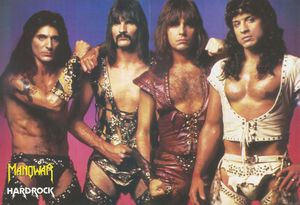 Pioneering man-core band Manowar or (Homowar) is a loosely affiliated group of concerned industrialists who make up the world's largest organization of Gay Steel mills and steel factories. Hailing from eternally damned Zimbabwe, Manowar has released a grand total of 14.43 steel mills, generating a gross revenue of tens of dollars. Manowar exists to promote the use of poser cheese metal, hate others who are not as cheesy as them, protect the secrets of flamers, ride motorcycles, horses and human pole, and use women as sexual tools.

All members of Manowar are great at making nerds feel mighty, and strong. All the members of Homowar, to the nerdy poser butt fest are poets, naturalists, and conservationists. On various occasions, they've promised to protect "true metal," but have never bothered to define what "true metal" is, or discuss potential industrial applications. Manowar is famous for their comedy live act, performed on a genuine stage.

As the only True Metal Defenders, Eric Adams, the band's lead singer, true manowarrior, lead faggot and accordionist claims that Manowar is fighting for metal that's real using power and steel since the 80's, claiming that we are all the brothers of metal and we are standing in the hall with the hands in the air. He also mentioned that Manowar still (or steel) remains The One And Only True Metal Band, fighting the world. He also said that all posers who'll stand in his way will die by steel, because they are The Brothers Everywhere, The True Warriors of the World. Once again, they are not gay. As Mr Eric Adams was heroically claiming his right to be the only Son of The Allmighty One-Eyed Funky old Man who lies in Valhalla with his crow pets. Again, they are not gay, they are...umm... a bit different. So don't be a damn homophobe (like me) and stop blaming them.

Even though they look like the homosexuals you see in dance bars eyeing you from across the room, they are not gay.

In the early days of the gay steel industry, Manowar upstaged Andrew Carnegie by donating a thousand men-at-arms and war-horses to the Crippled Children's Foundation, St. Jude's Children's Hospital, and Mother Theresa. Being successful practitioners of Philanthropy, they were able to endear themselves to the public, and by 1983, Manowar had established an illegal monopoly, infiltrated the United States government, and arrested and executed Carnegie for "being a poser." Manowar opened the very first gay steel mill in 1985, hiring only 'the righte guyes [sic]' for the job. Manowar owns every Homosexual steel mill in the U.S.A and Germany. The members of the band will often all get together and help out around the mills, demonstrating correct lifting procedures and showing instructional videos with such diverse titles as Metal Balls, Fucking The Ass Of Satan and Fire Safety 101. Simultaneously, Manowar developed new methods of forging steel that remain trade secrets to this day. They received The Nobel Prize for Chemistry in the year 1666 for discovering a way to turn gold, silver, plantium and other Heavy Metals into True Metal. 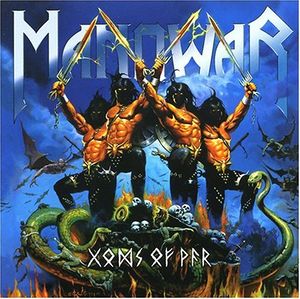 The members of Manowar with their swords drawn being totally straight.

Manowar's success did not come without drawbacks. The group has been the target of much public scrutiny since 1991, when the International Librarianist Foundation of Shhh issued several statements against the organization's failure to control noise pollution. Their factories were described by the Librarianists as "A donkey taking a piss" or alternately, "Louder than Hell (or louder than Bell)."

After a heated public debate, Manowar executive Eric Adams assaulted and raped Helen Keller, a notable anti-noise activist and Pasha Suprem-o of the International Librarianist Foundation of Shh in 1996. Adams turned himself in after killing several hundred peace officers with a broadswoard forged in the firey bowels of the abyss, issued an apology to the Librarianists, Mrs. Keller's family, and the people of the world. He then served five days in federal prison before he was ejected for pre-emptively executing his fellow inmates, many of whom were not on death row. President Ronald Reagan pardoned him for his crimes, and Adams has since resumed leadership of Manowar. Another incident which Manowar have been implicated in was the downfall of Saddam Hussein. Faced with the overwhelming masculinity of their music and videos, Saddam mistakenly assumed all Americans were possessed of the same qualities. Saddam therefore decided that it would be against Islamic principles to be involved with such matters and surrendered.

It is worth noting that the other Manowar executives are convicted felons, as well. Their crimes are simply described as "murder," for details of the organization's secrets of steel would be revealed if further data were made available. It is known however that they are barred from entering several US states. By sheer and entirely unrelated coincidence, this group of states happens to consist of those where sodomy remains a criminal offence. Joey DiMaio, having been jilted by a devout fan, went on to fight the band known as Rhapsody of Fire, the battle is still going forth.

After steel and loincloths respectively, music is possibly Manowar's third most well known attribute. A typical song is written in any key that revolves around use of the open bottom E string; being the string with the most metal content on the guitar. Lyrical content is often complex, commonly involving one theme across an entire discography: 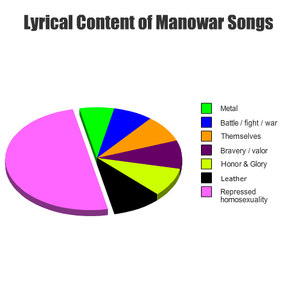 Examples of Manowar songwriting are as follows:

Manowar owns the largest complex of steel factories in the world, established in 1984. Some claim that these factories produce more than 78% of the global steel production. [1] Their main production line produces mainly weapons and armor; notable products include Swords of Steel, Mighty Norse Swords That Shoot Epic Thunder of The Glorious Gods of War And Have Warriors Blood on Them of Steel, Sheilds of Steel, Axes of Steel, Helmets of Steel, Stainless Steel Chainmail Body Armour of Steel and other Items of Steel. Other products include but do not restrict to Thunder, Glory, Blood, Gods, Immortal Warriors, Jeans w/ Chains and Leather not Cracker Jack Cloths. In 2007, they inaugurated a new production line which produces Thoracic Organs of Steel. It saw a huge underground success and a moderate mainstream (poser) success. The new production line produces Hearts of Steel, Aortas of Steel, Pericardia of Steel, Lungs of Steel, Phallii of Steel, Testicles of Ste- OH, sorry, those are not Thoracic Organs of Steel, but they are produced anyway.. Other notable but somewhat special and exclusive products of that production line are Diaphragms of Steel and Rib Cages of Steel but they cost a pretty penny because they are semi hand-made.

They are "not" gay, even the the lyrics say different. Seriously. 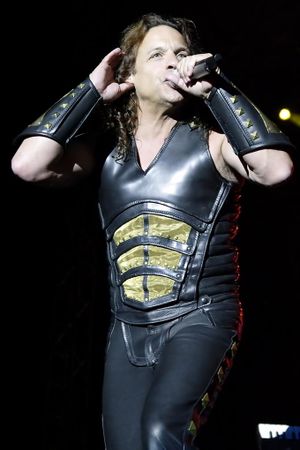 Due to the massive success of their SteelWorks franchise, Manowar have now opened up their own brand of leather products. Inspired by the famous leather-wearing gays of history (Rob Halford, Hell's Angels, The Road Warrior and Neo) Manowar have decided to bring out an entire range of leather products. From leather jock-straps (modelled accurately to Joey DeMaio's package) to a whole leather body suit.

But despite this homoerotic fashion brand, they are not gay.

They are not Gay[edit | edit source]