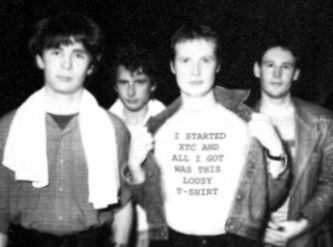 Swindonian pop superstars XTC, photographed prior to the invention of camera lenses 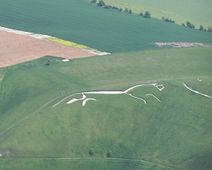 The cover of their fifth album, English Settlement, was taken using a drone, even though they hadn't been invented in 1982.

XTC's unique, yet intensely popular, sound garnered massive critical acclaim from the music press, with reviewers proclaiming them the most "clever","quirky", and "hyperactive" band in existence — adjectives that quite naturally translated into immediate and enormous international record sales. Their first single, "This Is Mom," made them instant millionaires. Scoring number-one smash hit after number-one smash hit, the group toured constantly, playing to crowds so large that by 1980 stadiums could no longer hold them, forcing the band to play in Wal-Mart stores and Oprah Winfrey's bathroom. 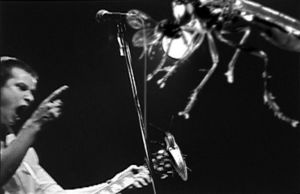 Citing artistic differences during the recording of their second album, Grue Toe, keyboardist Antshoes was replaced by a second guitarist, "Super" Dave Osborne. Despite the significant change in the band's sound, sales continued to climb. Their third album, Checks and Wire Transfers, was a conceptual work dealing with the problem of how to keep track of the constant influx of royalty payments and concert fees. Their fourth, Cash Sea, described their 5,000 square-foot private bank vault, while their fifth, 1982's English Legal Settlement, commemorated their successful effort to buy roughly 45 percent of the British Isles as a tax shelter after firing their manager. It was also around this time that XTC stopped touring, mostly due to Pandy's aversion to giant man-eating insects. "Some people ask us why we didn't just use fly spray," said Pandy in a recent interview. "I guess we never did try that."

Shortly thereafter, quarterback/drummer Bradshaw decided to retire from the band after a dispute about the origin of the word "cleavage." (He later used his share of the group's wealth to buy Australia.) Now a drummerless, Steelerless trio, XTC's music grew more experimental and introspective; 1984's Bummer was their least successful album, with only 18 million copies sold and just four number-one singles. The Big Penis, released in 1985, fared little better. This led Sexually-Experienced to question their commitment to the group, and after protracted negotiations, it was decided that XTC should become a southern boogie band as soon as they could grow a sufficient amount of hair in their armpits. The resulting album, 1987's Loansharking, was an artistic disappointment, despite yielding the group's most successful song to date, "Dear Wad (of Cash)."

After returning to their earlier style with 1989's Oranges, Lemons, Limes, Kiwi Fruit, and Potato Salad, and 1991's Non-Stick, XTC formed their own labor union, the International Order of Longshoremen, Aircraft Workers, and Clever English Pop Stars. Merging a year later with the League of Kill-Bots and Ant People to form the World Organization of Longshoremen, Aircraft Workers, Clever English Pop Stars, Kill-Bots, and Ant People, XTC decided to go on strike to protest Sexually-Experienced's continued pressure on them to grow long beards, drink American beer, and fart on a regular basis. Despite the immediate and near-catastrophic effect on the label's bottom line, Sexually-Experienced chairman Enrichered Bran-Flakeson refused to budge, stating that "if this were some alternate universe, XTC wouldn't even own 10 percent of the UK, much less half. Hell, they could be completely broke by now. I'd see to it personally."

The strike lasted over 7 years, finally ending in 1999 when Bran-Flakeson agreed to release XTC from their contract in exchange for free tickets to their next concert appearance. The group, now down to just Pandy and Molars after "Super" Dave left in search of a good fish 'n' chips restaurant for his pet hamster, formed their own label, IKEA Records, which quickly grew from a one-band company to one of the largest manufacturers of inexpensive contemporary furniture in Sweden. 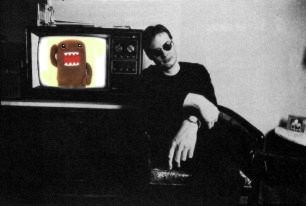 Andy in his shed, enjoying his favorite television programme, The Daily Grue

In the years since the release of Washed Car in 2001, remaining XTC members Pandy and Molars have become increasingly reclusive. Moreover, their lack of original output since then has led some of their fans to believe that they have, in fact, ascended to a higher, god-like state of consciousness, shedding their earthly bodies in favor of existence as pure energy. A spokesman for the duo, speaking through a megaphone from the top of Mt. Olympus, scoffed at the rumors, saying that the two had simply "lost some weight."

In the meantime, XTC fans have been forced to make do with a steady diet of demo recordings, bootlegs, and ramen noodles. As of the winter of 2005, no plans for a new album had been announced, though several theme park projects, a line of breakfast-food products, and a new quasi-religion are all believed to be well underway.