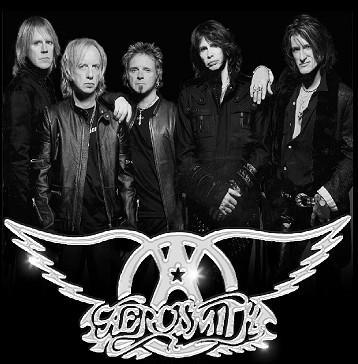 For those without comedic tastes, the so-called experts at Wikipedia have an article about Aerosmith.

“What do you mean, Janie's got a gun?! Stop singing and let's get the fuck outta here!!!”

~ Joey Kramer, from behind the drums

~ Who gets played on the radio ten minutes before or after John Mayer?

Aerosmith is an American rock band, sometimes referred to as "The Bad Girls from Boston" and "Who the hell is Smith?". Possibly the only good Melodic Death Metal band ever to live except a certain "band of faggots". They have played live for over 200 years and their musical style hasn't changed since then. *sigh* Although they have maybe 3 or 4 fans, most of the bands critical reception call them "Crap imiations of Whitesnake" and they have only sold a few albums, all of them are their classical experimental stuff.

They are known as "the Bad Girls from Boston", or just Boston. A later band named themselves Boston as a tribute to Aerosmith, confusing rock journalists for decades.

Steven Tyler was a Welsh Fisherman and cocktail waitress whom made a meager wage for about 40 years. When he was 56 years old, Tyler stumbled upon an evil Genie lamp that made him immortal! The only cost was that he had to look like your grandma. Tyler laid 2 spores that eventually evolved into Tom Hamilton and Brad Whitford. Steven and his spore babies roamed the lands for acceptance. 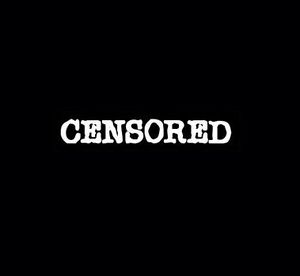 One day, Perry and Tyler met up in a tavern for a drink; their lives were changed forever. When they met, Perry was disgusted to see his grandma and threw his drink into Steven's face. This activated a chemical reaction that launched DNA altering acid into Perry's face, causing the less significant spore baby to be created: Joey Kramer. Perry was shocked at Tyler ruining his "Rico Suave" grade face and punched Kramer in half with his energy fist. Joey Kramer was on the ground, gasping for life, until he multiplied like a cell! The two halves became two people! They were known as the Kramer twins (not heard in public, mind you), with young Jim Kramer and the original Joey Kramer. Jim Kramer kicked Joey Kramer's ass and ran off to produce a "mad" experiment (See Mad Money).

Tyler had then made an ultimatum to Perry: Join the clown brigade known as Aerosmith (not to be confused with the legendary early 20th century poem "Arrowsmith"), or Perry would be another victim to Mount Doom. Perry joined, and the band has been largely successful due to constant death threats to publishers.

Aerosmith has published children's books about themselves since 1972 in the ever-going effort to make money. You can see them at your local pubic library, but you'd be vaporized on sight. This list of books chronologicalizes (is that a word?) their lives, including:

Aerosmith's drug habits are of epic legend, and considered to be the 2nd worst in rock history. One summer Steven Tyler and Joe Perry snorted up Peru, trees and all, only to find themselves ground into a powder and shot into Iggy Pop's arm. Fortunately, Drug Jesus protected Tyler and Perry from Iggy's ghastly metabolism, and they were secreted whole, resuming quickly with rehearsing new music, doing drugs, sleeping, eating, shooting their guns, driving their sports cars, and in short, living the rock lifestyle to the fullest. 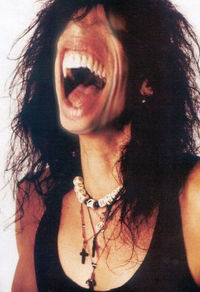 For years Aerosmith concertgoers were convinced they were at Rolling Stones concerts, but couldn't understand why the band arrived on time, could play their instruments and didn't have the Hell's Angels mass murder people. The Stones may have influenced Aerosmith, but Aerosmith in turn influenced hundreds of other bands, including:

Aerosmith released many albums, most of which made the Rolling Stone magazine's 500 Greatest Aerosmith Albums list. Their many hit singles include the hits "Dream On Drugs", "Come Together on Drugs", "Crazy on Drugs", "Train Kept a-Rollin on Drugs", "I Don't Want to Miss a Grain of Cocaine", "Big Ten Inch Joint" and "Jesus Christ Superdrugs", written in collaboration with hard rock legend Diane Warren. On drugs. 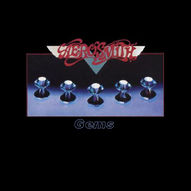 In the summer of 2009, Steven Tyler fell backwards off the stage in a concert and severely injured his penis. He apparently made suicidal comments about life without a penis while being airlifted to God knows where. Hope arose though, (no pun intended) when a dying Michael Jackson willed his nose to the reconstruction of Tyler's penis. Tyler now has to do penis exercises daily, but in a recent interview he stated that "the kind of shit I'm doing with my cock, I did every day before the accident." This has subsequently put him on the terrorist watch list.