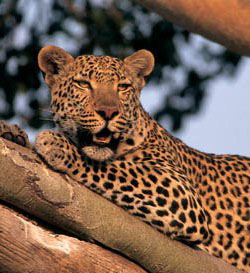 King Leppard looks on as a baby is disembowelled and sliced into segments.

This article is about the king. For the similarly spelled musical act, see Deaf Leopard.

Def Leppard was the Swiss-born King of South Korea from the years 1951-1975. During his reign, King Leppard enstated sweeping new social reform programs that ushered in a new era of environmental, social, and political stability for the small Canadian province.

Def Leppard was born in London, South Korea in 1931. The Leppard parents came up with "Def" because he could not hear when they went "HERE LEPPARD, LEPPARD, LEPPARD!!", so he was then called "Def Leppard". Their parents didn't want to spell his name with a "Deaf" because there already is a Deaf Leopard out there, and they hated his music.

Leppard was a HUGE fan of Italian Football, but he quickly lost interest because it was hard for him to play in teams and know WHAT the hell to do to help out his teammates. In 1944, Leppard got his first bass guitar. He didn't know how to play it, but he said "I had lots and lots of fun just jamming on that B.C. Rich! I'd play the E string, and then play the A string DAY AND NIGHT!! I'd also do a bass solo by literally SHREDDING the strings!! But sadly, me dad took my bass when he got tired of hearing me play it.... Hearing? I never head a THING! He was probably jealous, that old, old, man.."

In 1951, Def Leppard became the king of South Korea when he annoyed the former king to death.. "HEY, LEPPARD YOU SUCK!! CAN'T YOU HEAR ME!?!" "What?" Leppard responded, with his paw behind his ear, leaning sideways to try and hear the former king. Eventually he got so tired and frustrated, he commited suicide by eating a lot of vegetables and fruits. He gagged on a banana and slipped on its peel, hitting his forehead on the soft, cushy bed of his.

And from then on, Def Leppard became King Leppard! He swore he'd take over the king's position as king. Leppard became king at the tender age of 20!!

The most notable policies and changes during the "Leppard" era were as follows:

King Leppard created a whole new level of stability for South Korea; he also helped loosen South Korea's economic dependence on its mother nation, Canada. With drastic social reforms and new laws and regulations, the era of Def Leppard was indeed an influential one.

In the late 1970s, King Leppard sent a small force of troops to keep the peace during the Klingon-Borg conflicts. King Leppard only spent 12 thousand on phazers during that crises, which saved South Korea money out of its budget.

At the end of the summer of 2004, Def Leppard was doing the best he ever had been doing. South Korea was in economic shambles, but he kept taxes sky high to keep his income up. He was feeling good that summer: He was in good health, he had over 25 million dollars in the bank, and the protestors still hadn't figured a way past his three electric fences. But then it happened.

As he stepped out on the terrace of his five story mansion at 9:13 AM, he heard a crash from upstairs. Then, everything went black as Def Leppard promptly shuffled off this mortal coil. Forensic evidence suggests that the crash had been a stick of dynamite coming from his third story window. The dynamite was thrown by Pierre La Delequonce, a frenchman who possibly did not like Leppard for some unknown reason. Trouble was, the stick of dynamite had been lit. And recent studies show that lit dynamite is almost 10 times more likely to explode than dynamite that is not lit. When the lit stick of dynamite landed, it blew up. The blast killed King Leppard instantly. Other forensic evidence suggests poured sugar as the cause of death. On hearing the news, the people of South Korea began a mournful celebration that culminated in a country-wide orgy. In their deep state of depression caused by the death of their most beloved ruler, they must have forgotten that King Leppard had outlawed any acts of sexual deviance, including sexual activity rising above 25 decibels and fully-nude intercourse. As the country of South Korea devolved into peaceful anarchy, their misguided lamentations went unpunished.