Film is a term that encompasses individual motion pictures, the field of film as an art form, and the motion picture industry. Films are produced by recording images from the world with cameras, or by creating images using animation techniques or special effects.

Film is an important mechanism; films entertain, misguide, confuse, and distract audiences, thus producing a society of sheep that industry and politics require on to keep those dollars rolling in. However, to avoid panic, it's commonly just lumped under the category of art.

The visual elements of cinema need no translation, giving the motion picture a universal power of communication. This is why that breasts, explosions, and car chases are as deeply cherished and understood in the United States as they are in Wherethefrickistan.

Films are also artifacts created by specific cultures, which reflect those cultures, and in turn, affect them. It is commonly agreed however that none of these will be worth digging up and featuring in the Smithsonian, regardless of the number of years old.

Traditional films are made up of a series of individual images called frames. When these images are shown rapidly in succession, a viewer has the illusion that motion is occurring. The viewer cannot see the flickering between frames due to a combination of physiological and psychological effects. One is known as persistence of vision — whereby the eye retains a visual image for a fraction of a second after the source has been removed. The other is known as hooch — whereby audiences sneak in potato vodka and other homemade alcohol under their jackets, to save money at the concession and to increase the enjoyment of the movie.

The origin of the name "film" comes from the fact that photographic film (also called film stock) has historically been the primary medium for recording and displaying motion pictures. Many other terms exist for an individual motion picture, including picture, picture show, photo-play, flick, and most commonly, movie. Additional terms for the field in general include the big screen, the silver screen, the cinema, and the movies.

The promotional poster.
The Bourne Pottery Class is the fourth film in the popular Jason Bourne series, starring Matt Damon. The film tells the epic tale of Jason Bourne, the ex-CIA assassin, as he enrolls in a pottery class and learns to make ceramic pots and pans. The film was hailed by critics as "one of the most thrilling depictions of ceramic plate-making since the James Bond movie from the '80s, 'The Spy who Helped Glaze my Clay Vase.'"

The film picks up directly where the last installment, the Bourne Ultimatum, left off--with Jason Bourne swimming in a New York river after falling approximately eight miles from a nearby skyscraper. Bourne swims to the shore and sees a building marked "Mrs. Wheeler's Pottery School." (more...) 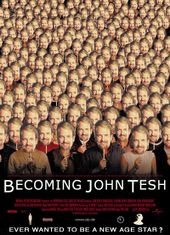 … The Straw man was a prominent silent film actor until the end of Hollywood's "Golden Age"
… the Bogeyman is terrible at golf.
… Nicolas Cage started life as Nicholas Coppola, but became known by his current surname because famous film director Uncle Francis Ford Coppola used to keep him confined for protection. Ours.
edit

Karin? Are you there, Karin? There is…there is something of great importance I want to talk to you about, child. My whole life I’ve felt confused, and incomplete, and depressed, and inadequate, and lost, and empty, and unnatural, and just yesterday Agnes told me my breath smelled of herring and pickled cabbage and that I should brush my teeth more often. I’m just so depressed, Karin, so totally and utterly depressed, my child, and that’s why I’ve called you in here. Karin, are you, per chance, familiar with the work of Swedish filmmaker Ernst Ingmar Bergman? (more...)